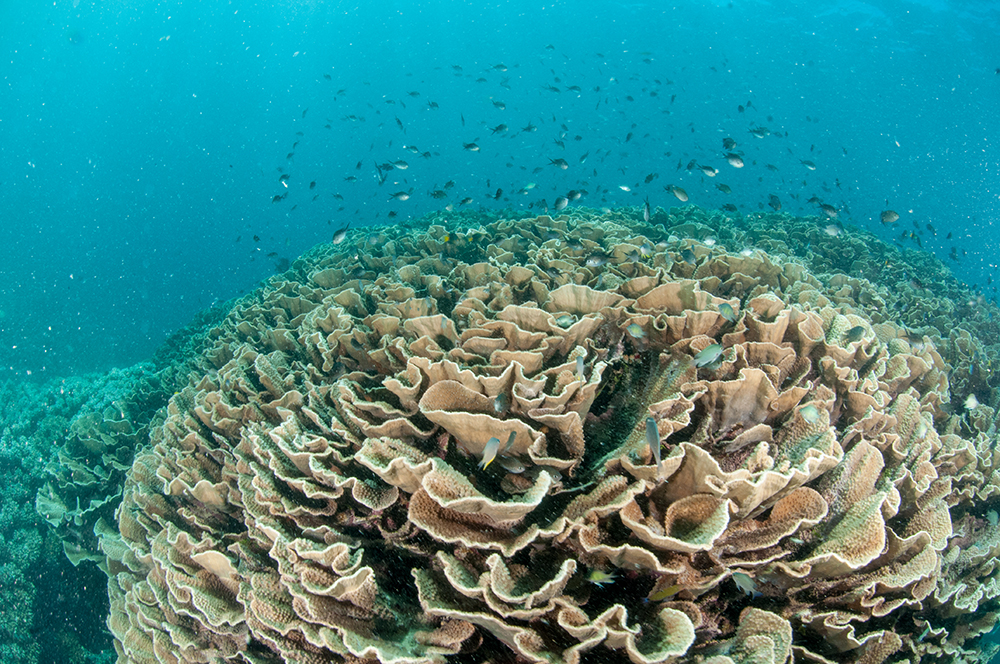 A little earlier this month, I posted some pictures of one of the largest single corals I’ve ever seen, a Porites colony on the side of a reef wall in the Red Sea. I’ve trawled through my image catalog and I think I might have found one that’s almost as big, in fact this coral lends its name to the reef. Here’s the biggest cabbage coral that I’ve ever seen, on Cabbage Reef, Fiji. 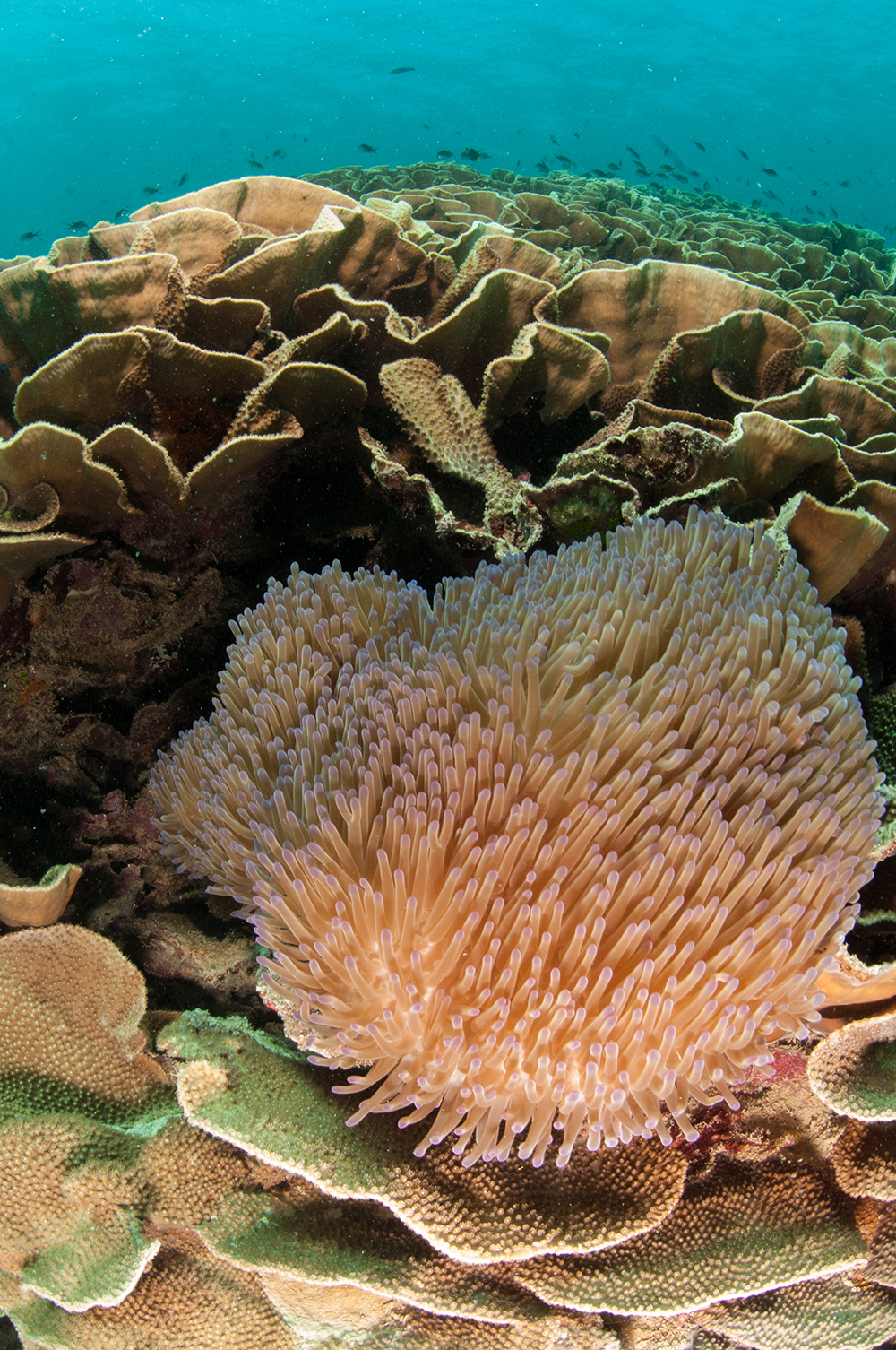 There’s an awful lot of plankton feeding life on the reefs of Fiji, so please forgive the amount of particulates floating around in this water. The visibility was truly terrible and meant many of the pics were disappointing. However, all the plankton and a fair bit of murk, kicked up by recent storms, was contributing to some enormous corals.

This reef, located near to the Mamanuca Islands, is a typical reef for the region, lots of tabulate Acropora, loads of soft corals of all hues, and stacks of fish life, but for reasons I can’t fathom, this one coral alone had grown to the size of several pickup trucks and totally dominated an area of reef. 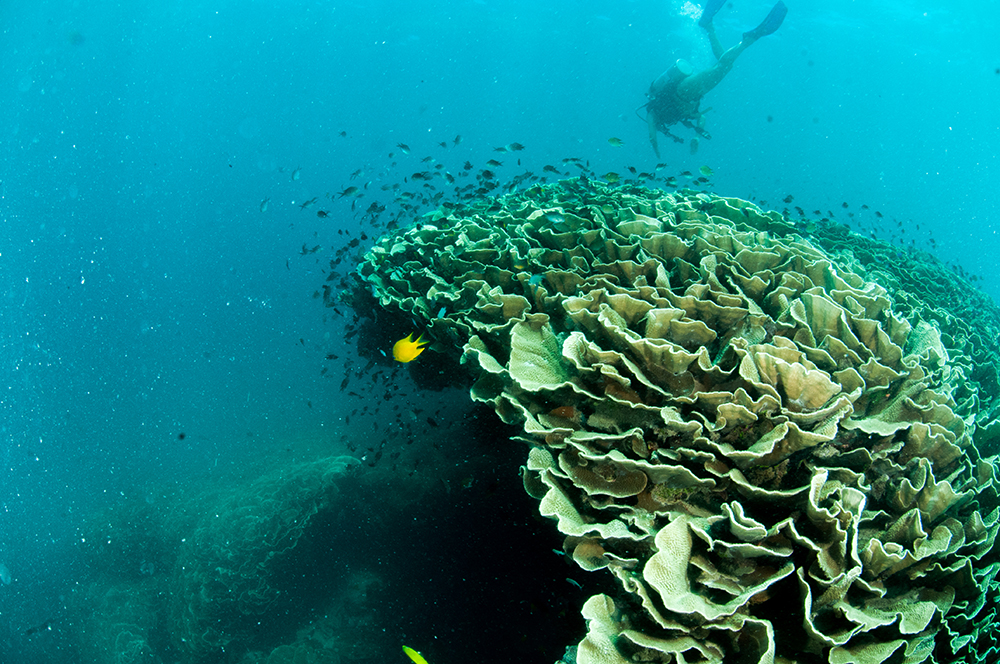 A large overhang on one side

This isn’t some ‘fisherman’s tale’; hundreds of years’ worth of growth have formed a structure several meters tall and at least ten meters across, covered in a dense scrollwork of ‘leaves’. In and amongst were other anemones, corals, algae, gorgonians, and softies. It was a reef in its own right, one specimen of one species had changed the local ecology, lower down it even had areas of shade reminiscent of overhangs and small caves, accompanied by azooxanthellate communities. 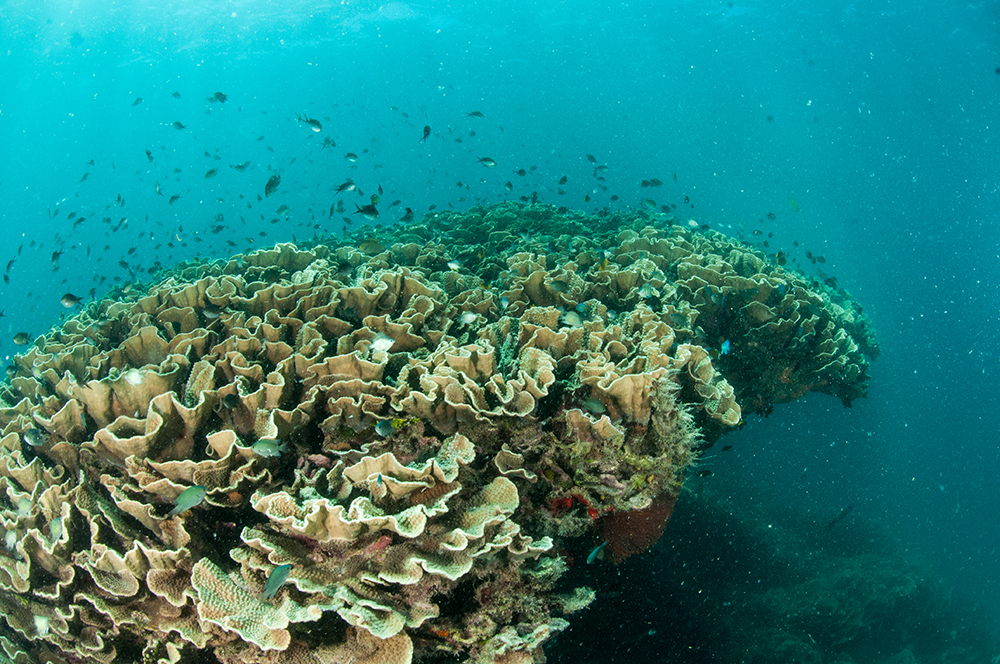 I’ve always assumed this is a colony of Turbinaria reniformis, aka Scroll Coral, well-known for forming massive colonies, though more commonly they’re just a few meters across. It is of course, not the other ‘cabbage’ coral, Sinularia. But whatever you choose to call it, this coral was certainly happy.