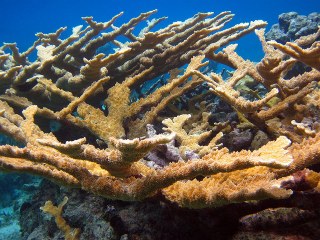 (New York, N.Y.) The U.S. Environmental Protection Agency today announced that it has formed an inter-agency effort to protect coral reefs off the shores of Puerto Rico and the U.S. Virgin Islands. The Caribbean Coral Reef Protection Group, which will consist of the EPA and other government agencies, will coordinate efforts to protect coral reefs. This will ensure that resources are used wisely and work from one agency complements the work of another.

“The coral reefs of Puerto Rico and the U.S. Virgin Islands are renowned for their beauty, and their ecological and economic value,” said EPA Regional Administrator Judith A. Enck. “Unfortunately, these treasures are being destroyed. By working with our fellow governmental agencies, the EPA will help make sure coral reefs continue to contribute to the region’s economy and ecology for generations to come.”

Coral reef ecosystems throughout the Caribbean are being damaged by a growing number of problems such as overfishing, sediment runoff, pollution, disease and climate change, which causes the water to become warmer and more acidic. By implementing measures to reduce those stresses that can be controlled locally, coral health can be improved and reefs can become more resilient.

On February 25th, the Caribbean Coral Reef Protection Group will be hosting a public “listening session” in St. Thomas, U.S. Virgin Islands. Representatives from the EPA and the Coral Reef Protection Group’s other member agencies will be in attendance to hear the discussions and concerns of community groups and citizens regarding the state of coral reefs throughout Puerto Rico and the U.S. Virgin Islands. Details of the meeting, which is open to the public, will be announced in February.