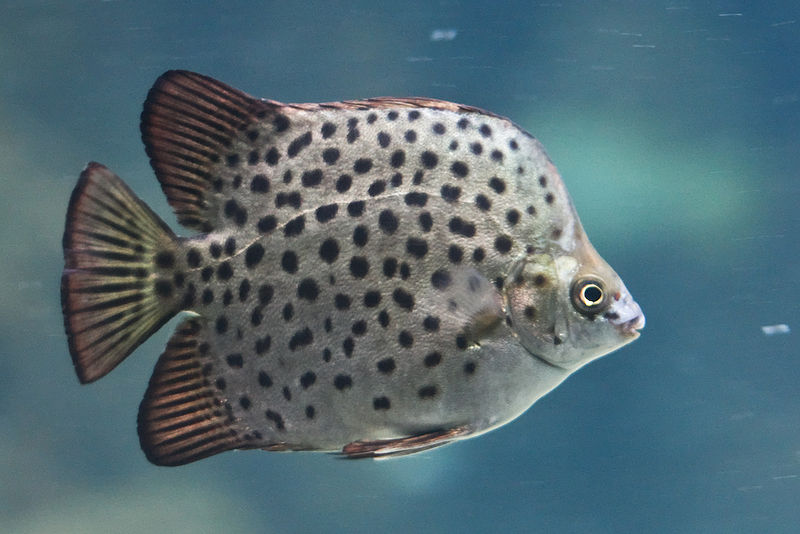 Because today’s instalment of epithet etymology feature two slightly unorthodox fishes, we’ll go ahead and make up for it by featuring two species, instead of the usual one. These are not the average fishes that a marine aquarist would encounter in their day to day foray in their field, but, are charismatic enough that people in general would have seen, or at least heard about them. The first species is a common sight in brackish water systems, while the other is a large pelagic fish confined to blue waters of the open ocean. They are the Spotted Scat and the Swordfish, both of which harbour incredible whimsy behind their scientific names.

Scatophagus argus has, perhaps, one of the most ghastly and unfortunate names in the animal kingdom. The generic epithet “Scatophagus” is the amalgamation of two words with greek origin. The english word “scat” is derived from the greek “skat”, which means “dung”, or “feces”. The latin suffix “-phagus” stems from the greek “phageîn”, which means “to eat”, or “phágos”, meaning “glutton”. In combination, Scatophagus literally means “feces eater”. It is unknown if fishes in general possess consciousness, or the ability to possess sentience or self awareness. But if they did, then S. argus would definitely feel really “crappy” (pun-intended) about itself. 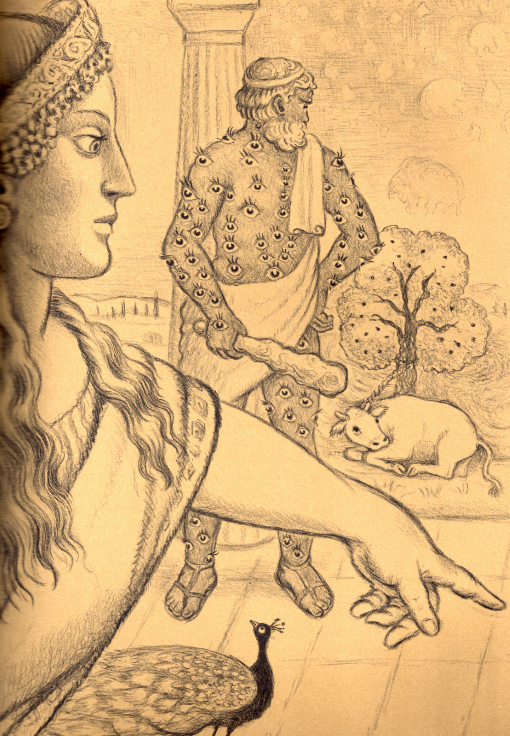 One of numerous depictions of Argus. In some illustrations, he is shown to be a male peacock with tail feathers widely fanned out, representing the numerous eyes instead.

The specific epithet “argus” is in reference to the greek monster Argus, whose prevalence in early mythology depicts a giant creature with a hundred eyes. He was said to be the guardian of Io, one of Zeus’ mortal lovers (but was eventually slain by Hermes). The aggressively spotted pattern of S. argus is therefore named for the many eyes of Argus. Argus is quite a common source of scientific naming inspiration, as can be seen by many other terrestrial animals with this spotted motif being named the same way.

Despite its unfortunate naming, Scatophagus are not exclusively feces eaters. They were so named most likely due to their omnivorous and highly non-fussy preference for eating anything, which, unfortunately, also includes their own droppings. Sadly, their common name “Scat” is no better off, being just another synonym for feces. 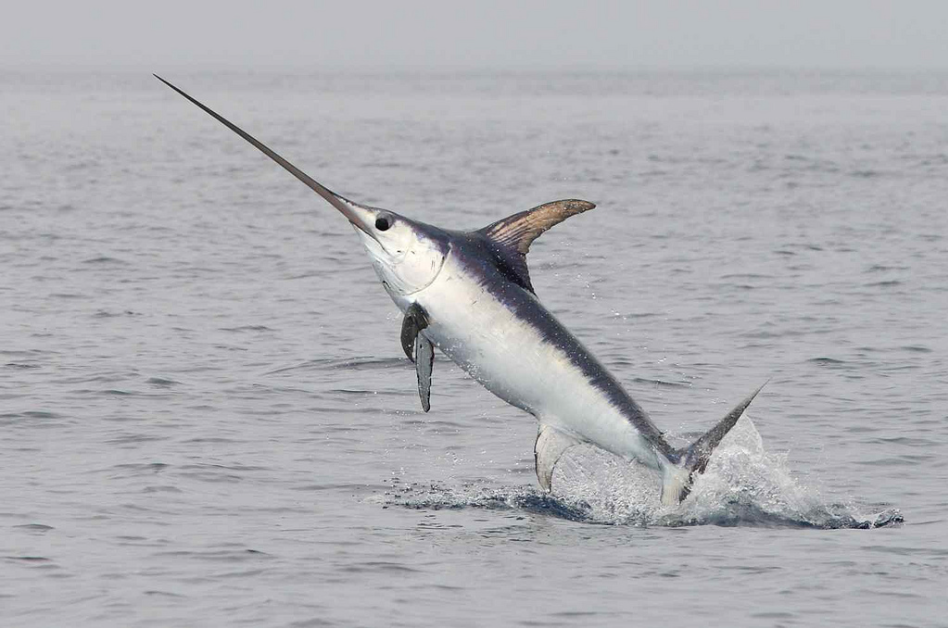 The common Swordfish, on the other end of the spectrum, has probably one of the coolest and most whimsical names of any fish. It’s generic epithet “Xiphias” is greek for “sword”, from the ancient greek “xíphos”. It’s specific epithet “gladius” is latin for, you guess it, “sword”, making this species unique and unusual in having its taxonomic name comprised of two words of the same meaning in two different languages. To put things in perspective, it literally is a sword-swordfish (or a sworded swordfish).

And so, “sword sword” is christened as such, and is probably the aquatic version of the less than fortunate wolf named “moon moon”, which has been popularised in various memes.

While both fishes are not suitable (the latter most definitely not) for the standard reef aquarium, there is no denying the amusing stories behind their names.