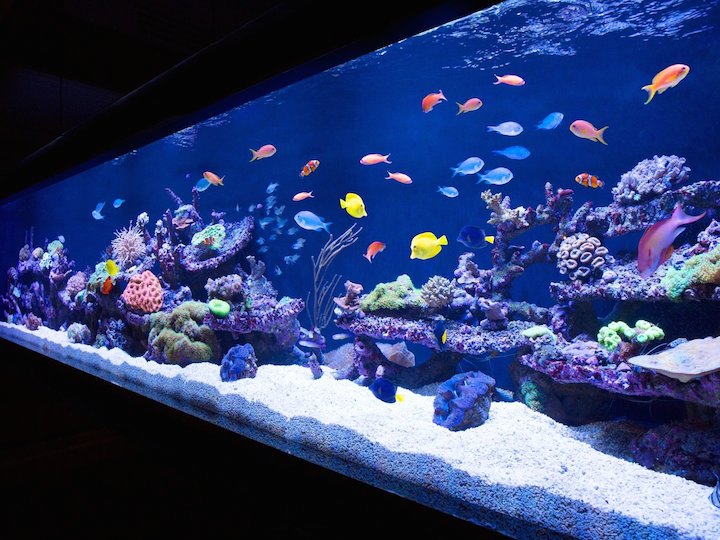 The internet is rife with lists. People just love them. Lists featuring the top ten of this or top five of that summarize their points in a very concise, easy to read format that people with short attention spans can actually make it through without getting sidetracked. We can’t say that we dislike lists, in fact we love them just like everyone else, except for those cases where the list isn’t at all researched or just hypes up something normally quite mundane. Recently, we came across a list of “10 of the Word’s Coolest Aquariums” in the UK version of Esquire, and suffice it to say, we were less than impressed with their featured tanks. While we certainly welcome a bit more of the positive spotlight on our hobby, we could easily have thought of ten far better aquariums than those that made the list. So, to help fix their list, we’ve come up with a few notable tanks that should top Esquire’s compilation… 1. Chingchai’s 1000-gallon DSPS Tank Chingchai’s world famous reef aquarium 2. David Saxby’s massive L-shaped aquarium David Saxby’s massive L-shaped reef tank 3. MORE: Esquire’s Top 10 List of “World’s Coolest Aquariums” Fails to Impress on Many Fronts