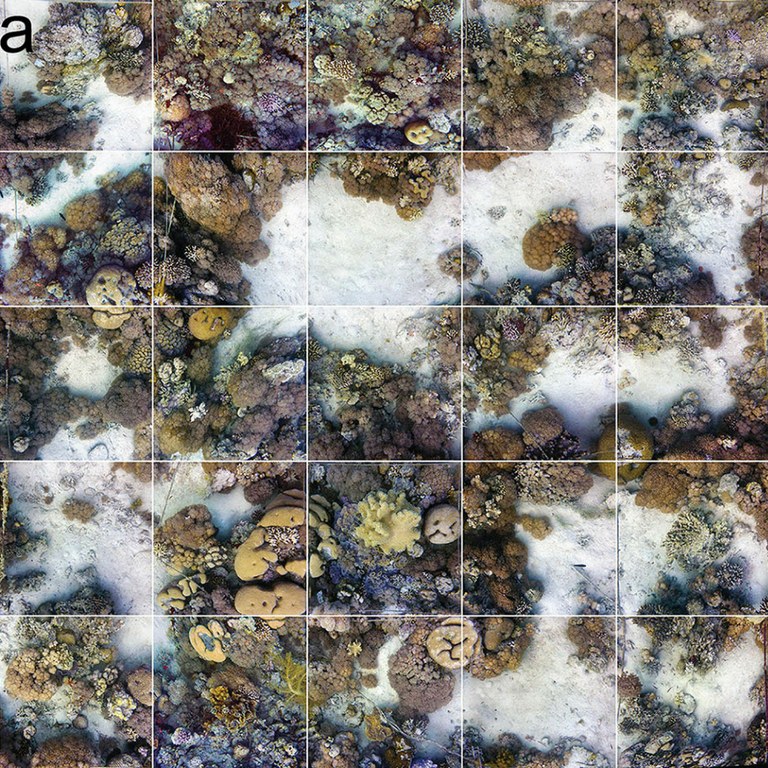 Birdseye quadrat view of the portion of monitored coral reef.


According to the open access paper published in Coral Reefs:

A 25% swing between stony and soft coral is rather significant.  Without reef-building stony corals, coral reefs slowly erode away, as was demonstrated by the 10% increase in sand area.