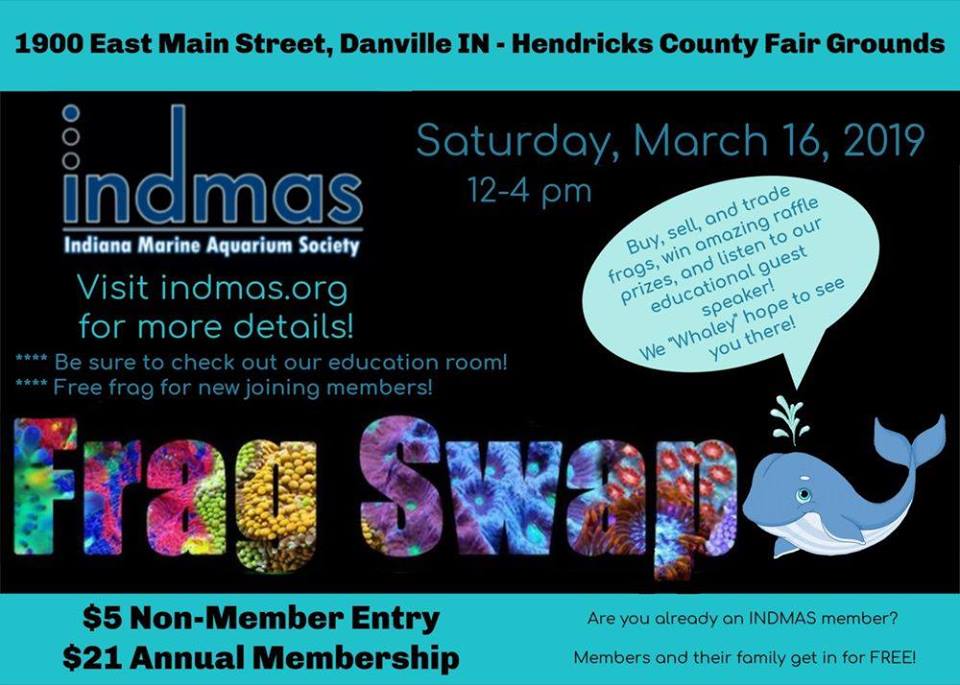 NDMAS is pleased to announce that Dr. Sanjay Joshi will be the featured speaker at this years Frag swap on March 16, 2019 at the Hendricks County Fairgrounds

Bio: Sanjay Joshi in real life is a Professor of Industrial and Manufacturing Engineering at Penn State University. He has been a reef addict since 1992, and currently keeps several reefs aquariums at home including a 500G SPS dominated reef. He also co-manages the 500G aquarium at Penn State.
Dr. Joshi is actively involved in educating the hobby on various topics such as lighting, aquarium system design and general reef husbandry through his publications in reef magazines and lectures. He has published articles in magazines such as Advanced Aquarist, Reefs Magazine, Coral, Marine Fish and Reef Annual, Aquarium Frontiers, and Aquarium Fish.
In addition he has been an invited speaker at several marine aquarium society meetings in the US and Europe. He received the MASNA award in 2006, for his contributions to the marine aquarium hobby
1900 E Main St, Danville, IN 46122-9178, United States