This clade can be recognized by the thick lavender margins of the caudal fin and the usual presence of a thin red stripe along the base of the dorsal fin. Four of the five species are allopatrically distributed. The West Pacific P. parvirostris is a somewhat common aquarium export, as is its sister species in the Maldives and Andaman Sea, P. bimarginatus. These two are best told apart by the coloration of the caudal fin, which is centrally yellow in parvirostris, though this can be somewhat variable. 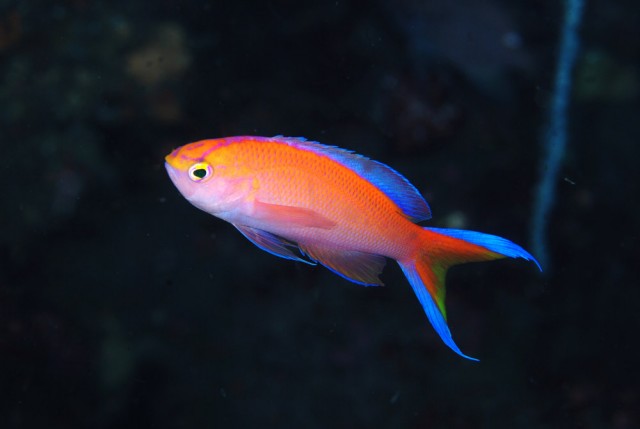 The Mauritian endemic P. unimarginatus has, to the best of my knowledge, never been made available to aquarists, but this may eventually change given that collection does occur within its range. It can be recognized by lacking the white margin on the lower lobe of the caudal peduncle (hence the name “unimarginatus”). 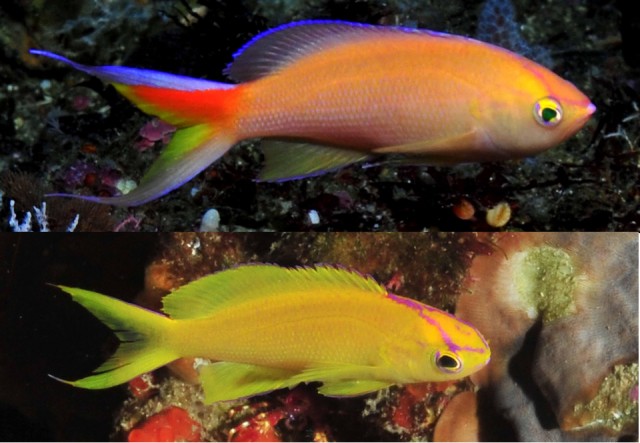 Lastly, a recent discovery of a population occurring at 69m off Sodwana Bay in South Africa is likely to be a new species. It bears an uncanny similarity to the geographically distant bimarginatus, but this new form seems to entirely lack the thin dorsal stripe. A recent review of the Pseudanthias of the Western Indian Ocean makes no reference to this species, so this is genuinely a new and exciting discovery. Specimens are likely to occur along the Kenyan coast where aquarium collection occurs, and it’s possible this species has slipped into exports before as a misidentified P. bimarginatus. If you happen to have one, be so kind as to send it to your nearest ichthyological taxonomist. 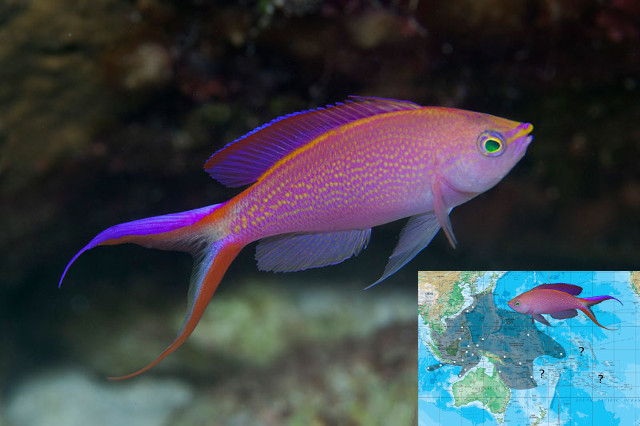 The final species to discuss is the West/Central Pacific P. smithvanizi, which is presumably basal in this clade and differs in its purple-colored body and more-colorful dorsal fin. It is occasionally available, and at a modest price.

All of these species (though less so in P. smithvanizi) are measurably smaller in overall body length than nearly any other Pseudanthias. Within Mirolabrichthys, this is the only group which appears to have never developed the extended upper lip in males. Combined with the absence of an eye stripe, there is ample evidence to suggest that this clade is a paedomorphic variation on the typical Pseudanthias morphology.