Earlier this summer, researchers from the Auckland Museum and Conservation International completed a six-week expedition to some of the planet’s most remote and obscure reef systems. Several stops on their itinerary—Walpole Island, Minerva Reef, ʻAta—are entirely uninhabited and, consequently, their marinelife is almost entirely unknown. These reefs sit at a confluence of several major ecoregions. It’s here that we find the subtropical fauna of the South Pacific intermixing with widespread species of the tropical West Pacific. There’s also an element of Fijian endemism to be found, and, at places like Raoul Island, we even encounter some true temperate water taxa that have come north from New Zealand.

It’s really a pretty interesting place to jump in the water, and, as you might imagine, there have been some unusual finds, some of which will probably turn out to be new species. I’ve already highlighted one example—a beautifully spotted surgeonfish which is most likely just an especially nice specimen of Acanthurus nigros. 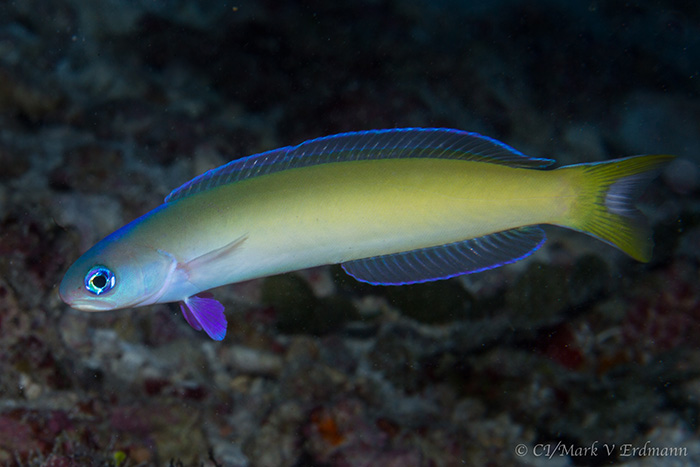 The tilefish seen here was also suggested as possibly being new to science, with special reference made to the sumptuous purple hue of the pelvic fins. However, this may merely turn out to be an example of the Dusky Tilefish (Hoplolatilus cuniculus). That species is rather uncommon in the aquarium trade, but it occurs widely across the Indo-Pacific, and it has been noted to be quite variable in coloration. Some individuals (like this one) are fairly yellow, while others are mostly beige throughout. This variability doesn’t seem to be well-understood, but it may be indicative of sexual differences in the species, as others in this group show a similar phenomenon. There are also photos from elsewhere in the Pacific that show a similar bluish cast to the pelvic fins. 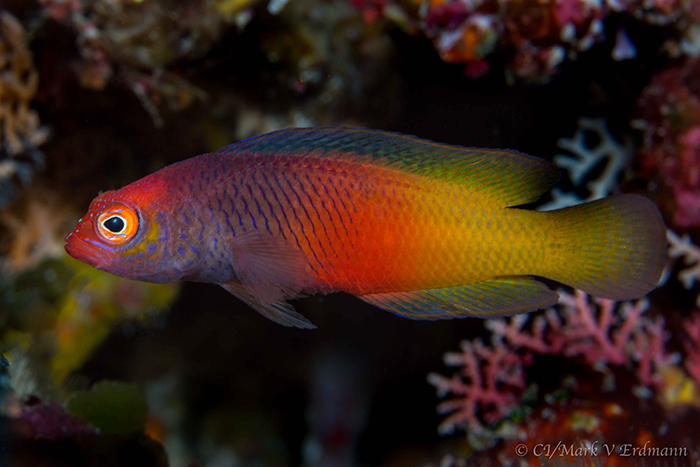 This dottyback was suspected of being a new species of Cypho on account of that central red patch, but this is actually a trait known for females of this genus and probably not terribly important. However, it is quite possible that the population found in Fiji and Tonga may ultimately be proven to warrant species recognition, as dottybacks, on the whole, are a group prone to endemism. 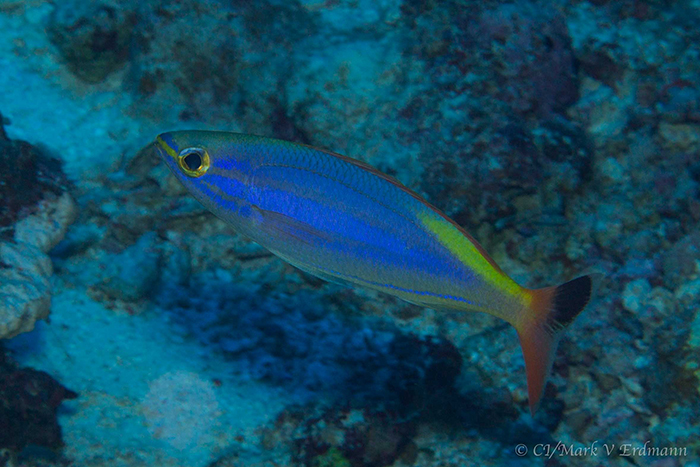 One species that is likely new is the whiptail (or threadfin bream) seen here. The red caudal fin is an unusual trait for this genus and is otherwise known only in the Yellowstripe Whiptail (Pentapodus aureofasciatus). That species is reported to be widespread in the West Pacific, occurring from Japan to Australia and Samoa; however, the population in Fiji and Tonga differs in having a prominent black marking in the caudal fin. 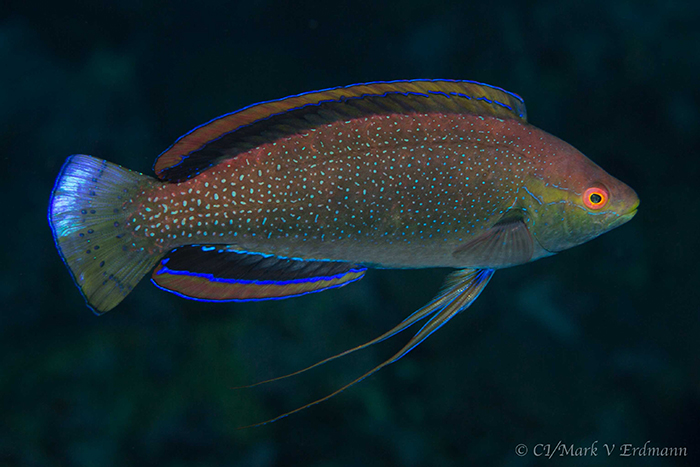 And then there’s this fairy wrasse from Fiji, which has been recognized as an undescribed species closely related to Cirrhilabrus punctatus. Neither of these are terribly common or popular in the aquarium trade, but they’re quite interesting for those interested in the speciation of this genus. The true C. punctatus occurs along the Great Barrier Reef and some islands of the Coral Sea. There’s another undescribed population from New Caledonia and Vanuatu which has a mustardy line along the side. And then there’s this fish from Fiji and Tonga; it differs in having a reddish back, as well as the yellow line beneath the eye. This latter trait forms a vivid contrast during the male nuptial display, as the forebody turns a ghostly white throughout.

There’s no telling what other exciting discoveries may have been found on these lonely reefs, but odds are we’ll be reading about them in the months to come. 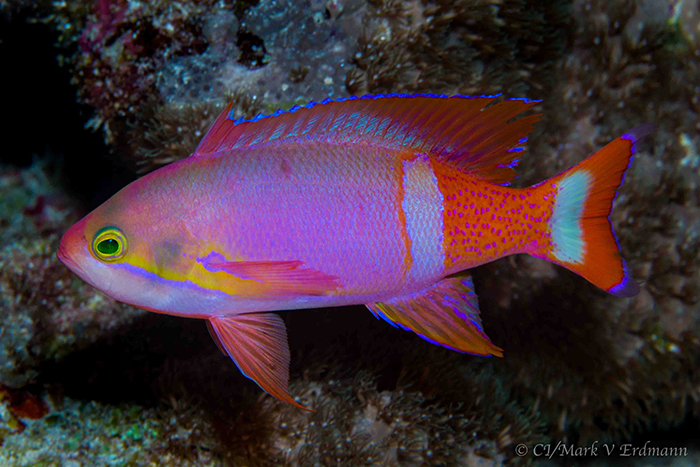