Extensive coral reef discovered at the mouth of the Amazon! 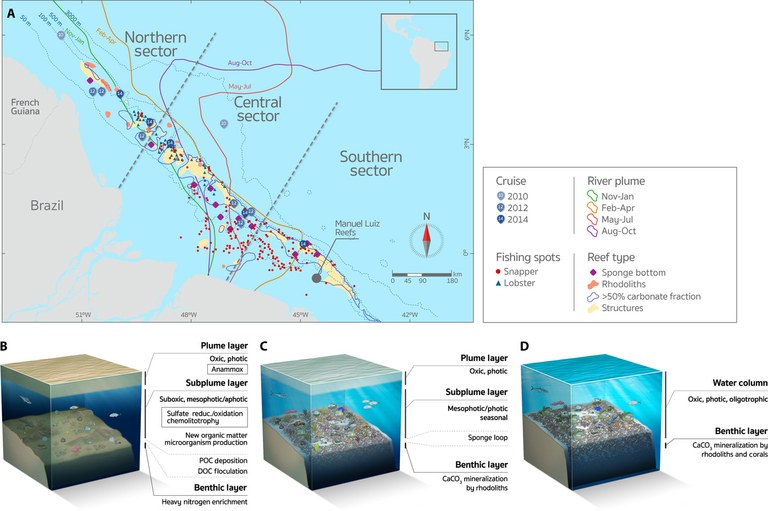 30 to 120 meters below the layer of muddy freshwater lives a wide range of reef fish (73 species recorded thus far) and invertebrates including sponges, crustacean, and corals such as Scolymia sp., Favia sp., and Meandrina sp. The light reaching the reef is even more diminished due to the top layer of turbid freshwater.  No one thought that a coral reef could possibly exist below this layer, but surprise, surprise, hundreds of reef species call this place home.  Obviously, the reefs here aren’t as lush as those in the Indo-Pacific or Caribbean, but for a coral reef to exist here at all is pretty mind-blowing.

Unfortunately, oil exploration and drilling has already begun at some of these unique reef sites.  We have no word from the Brazilian government whether the new discovery will make them rethink the oil permits already sold.