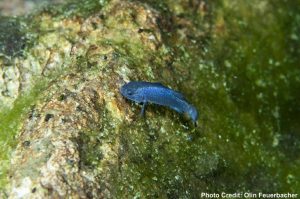 It looks like three men may have killed one of the world’s rarest fish known as the Devil’s Hole Pupfish. This species of Pupfish fish exists in no place on earth except Devil’s Hole in Death Valley National Park, NV. The National Parks Service is investigating and they are offering a $15,000 reward for information leading to these men’s arrest and conviction. Authorities suspect on April 30th the intrusion left one of the critically endangered pupfish dead. The exact cause of the fish’s death is unclear. But at the last count in April, there were only 115 Devils Hole pupfish left in the world, the National Park Service said. “Video footage recorded this man walking on the shallow shelf, potentially stressing and MORE