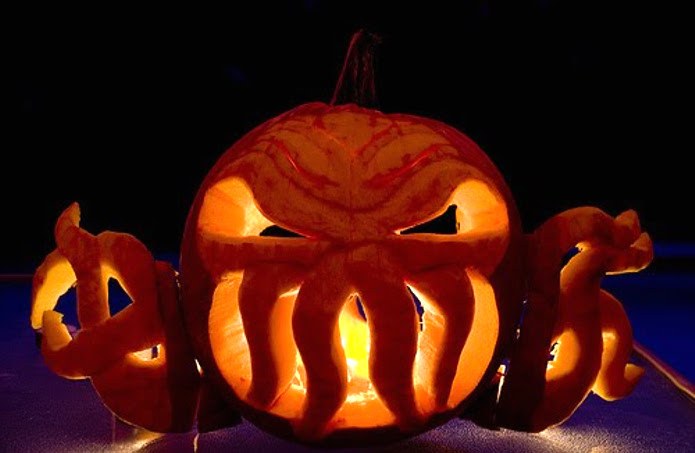 For your pumpkin carving inspiration this Halloween season, take a look at these awesome extreme pumpkin builds:

Octopus checking out some digs.

If you’ve got enough pumpkins….

Blue Whale out of Pumpkins

Even the octopus get into the act!

I suspect that Richard Ross had something to do with this…

If you have any extreme reef-related pumpkin carvings this Halloween season, we’d love to see them!