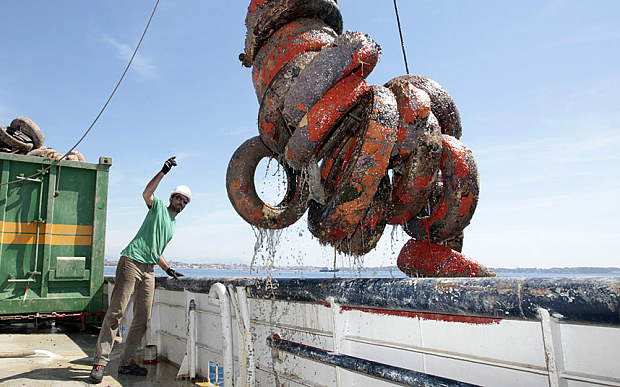 The Cannes Film Festival kicked off today. The Festival has been a yearly event since 1947. It previews films of all genres from around the world and is certainly the place to be and be seen if you are a celebrity. It also brings to light the failed attempt to create an artificial reef along the French Riviera. In the 1980’s, thousands of tires were dropped into the waters off the Mediterranean Coast, in an attempt to regenerate coral marine life. It was thought that the tires would support coral and marine life, thereby replenishing the coral reefs. The plan however, although well intended, actually caused devastating damage to the surrounding coral reefs. Marine life did not actually take to the tires. Additionally, the currents moved the tires around and in the process, destroyed surrounding coral life (as one would imagine a dragging underwater tire along coral reefs would do). This is not the first failed tire reef project. Similar projects, for example Osborn Reef in Florida, have had similar and unfortunate results.  This removal of tires in Southeastern France just finished, right before the debut of the Cannes Film Festival. While these tires were removed from Southeastern France, many more still lie beneath the Mediterranean Coast in a destructive, underwater tire graveyard.MORE