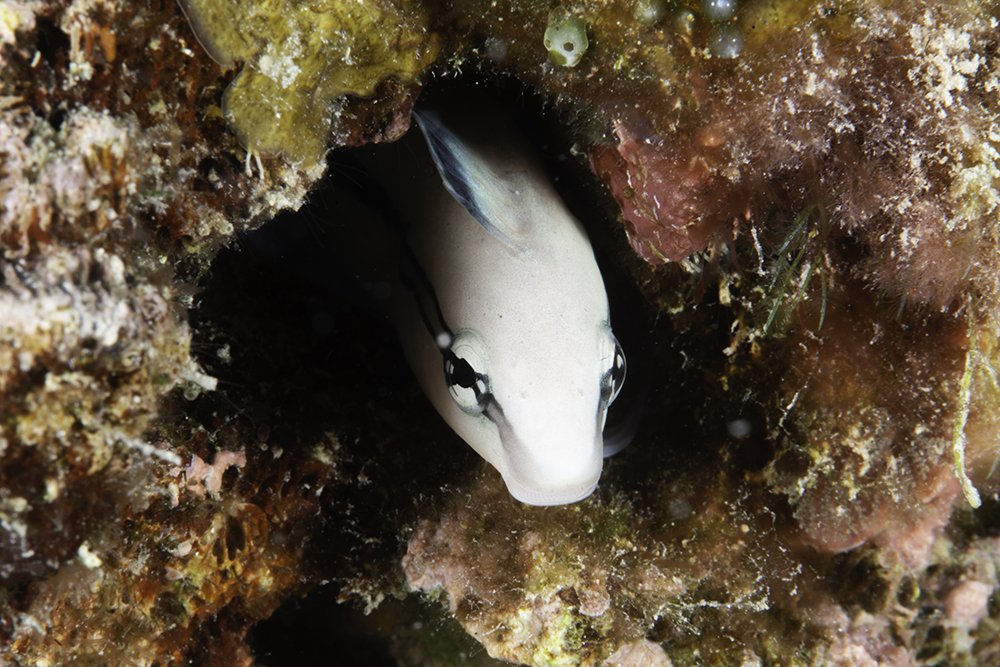 It’s hard to imagine this cute looking fish hides a distinctly unpleasant modus operandi, but in truth, fangblennies have a dark side.

Fangblennies belong to the Combtooth blenny group and are widespread across the Pacific and Indian Oceans.

I think the fish in the main image is Aspidontus dussumieri which, like the rest of the fangblennies (aka sabretooth blennies), is long and slender, and spends much of its time in holes or old tube-worm tubes.

A. dussumieri eats zooplankton but like several of its relatives, it will dart out from shelter and take a nip out of other fishes’ fins or skin in a ‘hit and run’ fashion, as one of my ID books describes it.  Its close relative A. taeniatus goes a stage further and resembles the ‘true’ cleaner Labroides dimidiatus, so much so that it is quite brazen in approaching and nipping fish that are expecting a cleaning.

Possibly the most well-known of the clan is Plagiotremus rhinorhynchos, the Blue striped fangblenny, also known as the tube worm blenny on account of its favored hiding place. 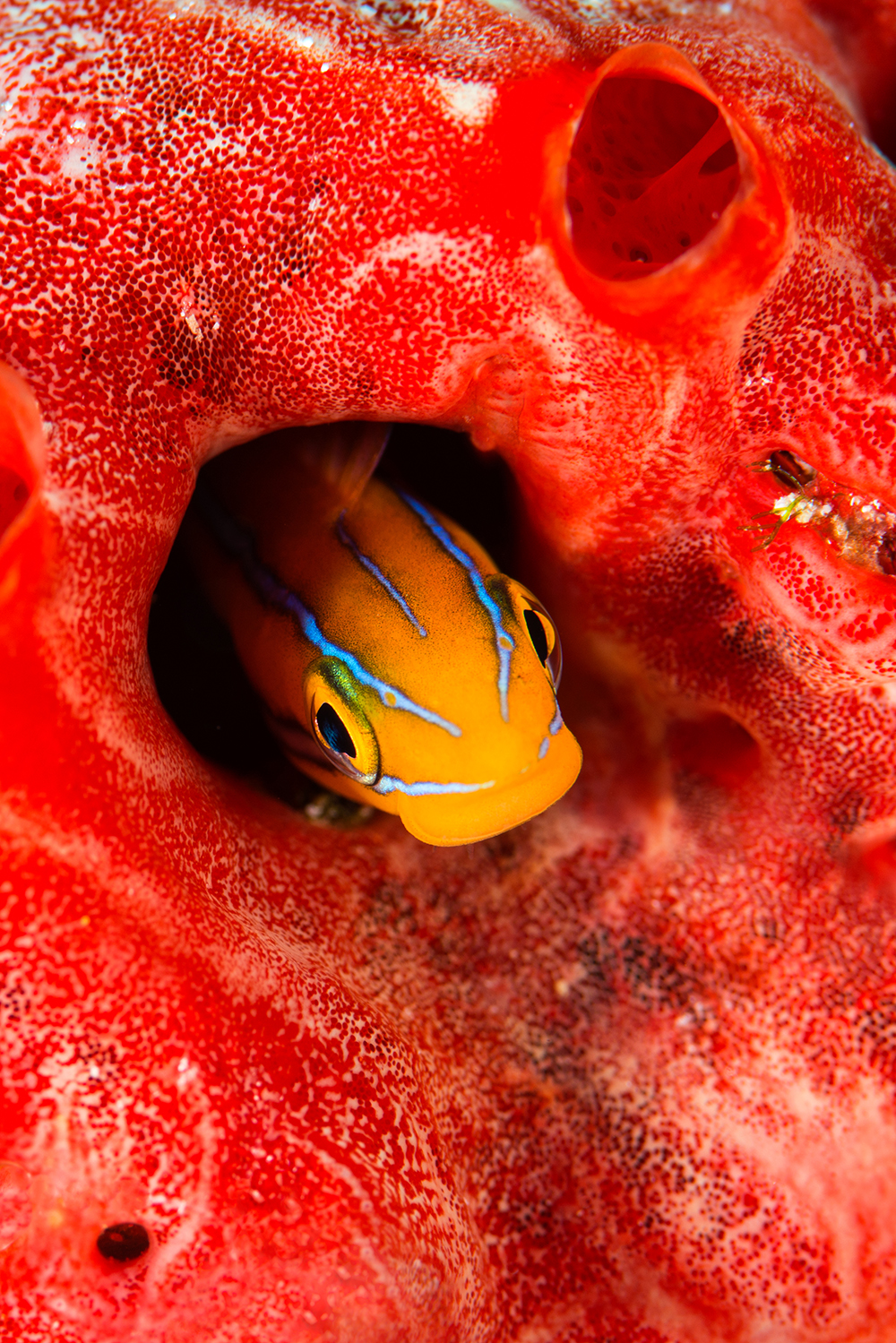 This blue striped fangblenny has taken up residence in a hole that has been overgrown by a sponge, making for a nice image.

This fish mimics the juvenile stage of L. dimidiatus and appears to be able to bite and escape from the victim as its saliva reportedly contains morphine-like compounds which cause the victim to be somewhat confused (caused by a drop in blood pressure), and not able to pursue the blenny.  The science behind this is somewhat beyond my simple brain, but you can read more about it here: