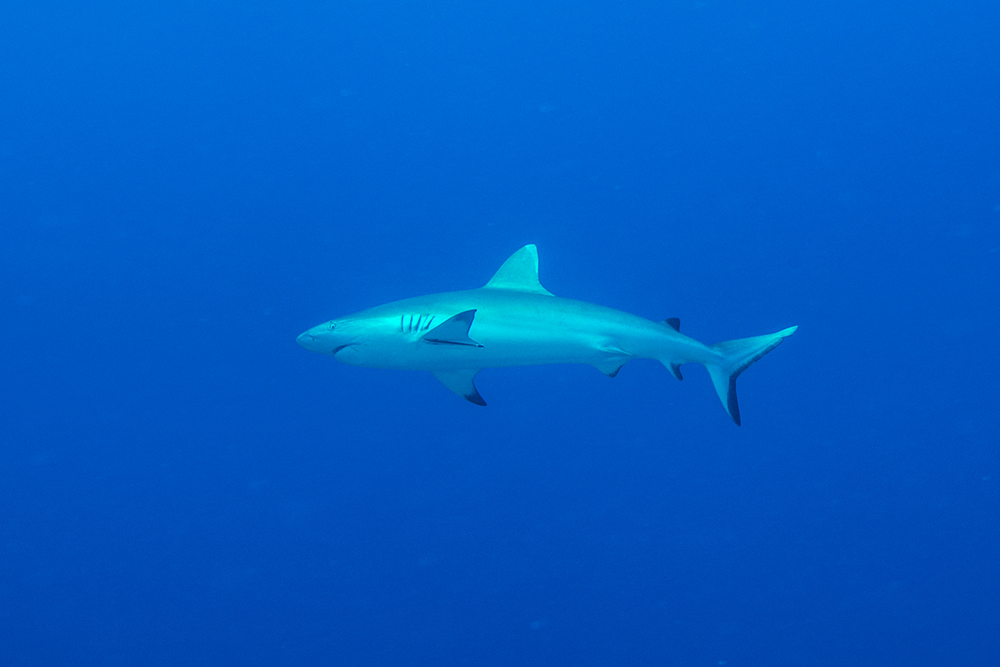 This particular science story piqued my interest, being a fan of (and occasional photographer of) sharks.

The study by a scientist at the Bigelow Laboratory for Ocean Sciences shows that reef fishes’ quite understandable fear of sharks, means that where sharks are plentiful, herbivorous fish make themselves scarce, and seaweeds prosper. This may be the first time that sharks have been identified as playing a role in modifying their environment.

The study looked at shallow reefs in Fiji; the researchers found that the presence of sharks altered the feeding behavior of algae-eating fishes. 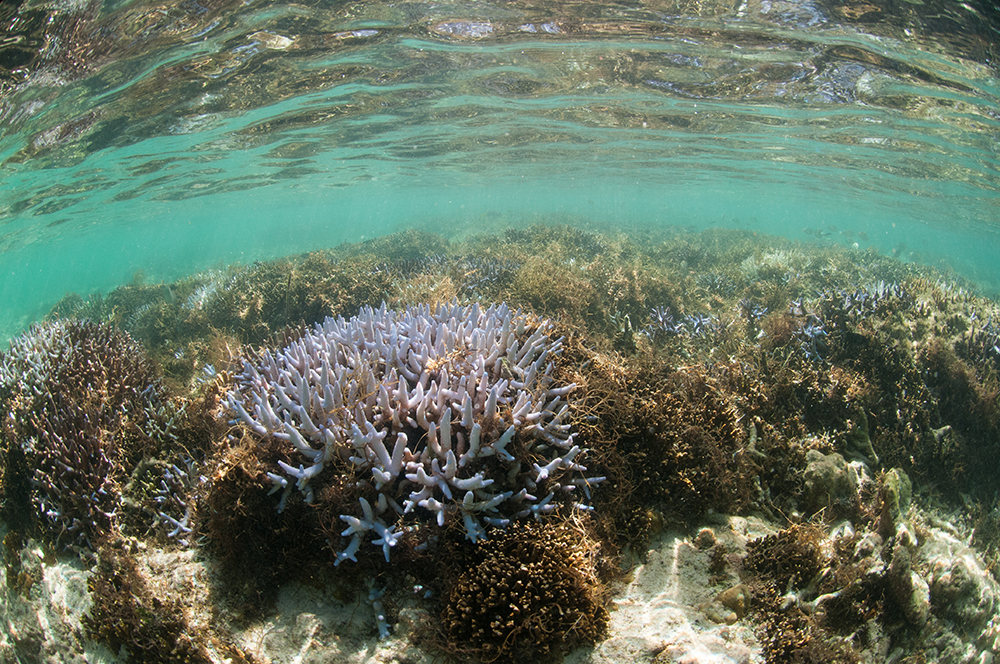 Algae on a shallow Fijian reef.

“Although sharks are charismatic predators that capture the interest of many, we still only have a very basic understanding of their ecological roles in nature,” said Doug Rasher, a senior research scientist at Bigelow Laboratory and lead author of the new paper. “This is the first location where we’ve determined that sharks are not just a passenger in the ecosystem but actually shape the way it looks and functions.”

These effects are noted across the planet in various ecosystems, but until now, it has not been investigated in sharks, due to the complications involved in studying fish that roam across large areas of ocean. The team decided to concentrate on a small number of species they considered to be key: common seaweeds and their consumers and the most common shark species.

The researchers noted that at high tide, shallow intertidal habitats where the algae species were found were accessible to large predators, who made predictable hunting trips into the shallows.

“The threat of predation is a powerful force in nature,” Rasher said. “Every animal on the planet would rather miss lunch than be lunch, so their actions often reflect that sentiment.”

The tidal cycle in the shallow reefs created a predictable cycle of risk. Herbivorous fish greatly preferred to feed at low tide in isolated lagoons, when predators were absent. This kept seaweeds at a minimum in those areas but allowed them to flourish on the very top of the reef, which was only accessible during high tide when predators patrolled the area.
“The ecological importance of sharks remains a contentious topic, but here we’ve shown that they can cause trophic cascades under select conditions,” Rasher said. “We need to refocus the conversation away from whether trophic cascades generally exist and toward identifying the specific times and places that sharks shape the environment around them.”

Quotes taken from a press release supplied by Bigelow Laboratory for Ocean Services.