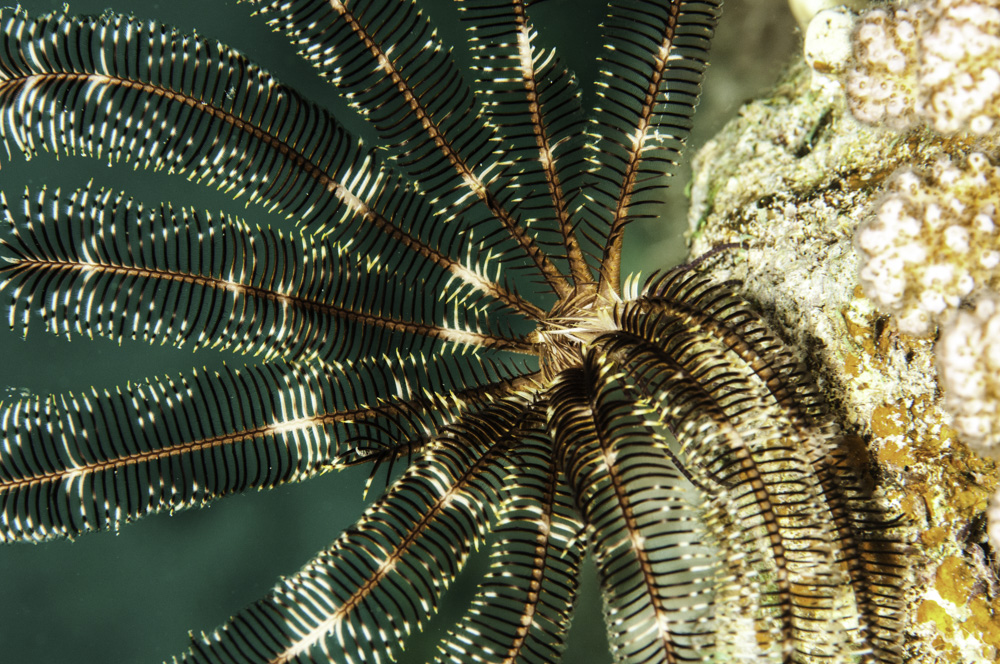 I just shared a post featuring basket stars, so I thought I’d share some images of their relatives, the featherstars, from a few locations round the world. 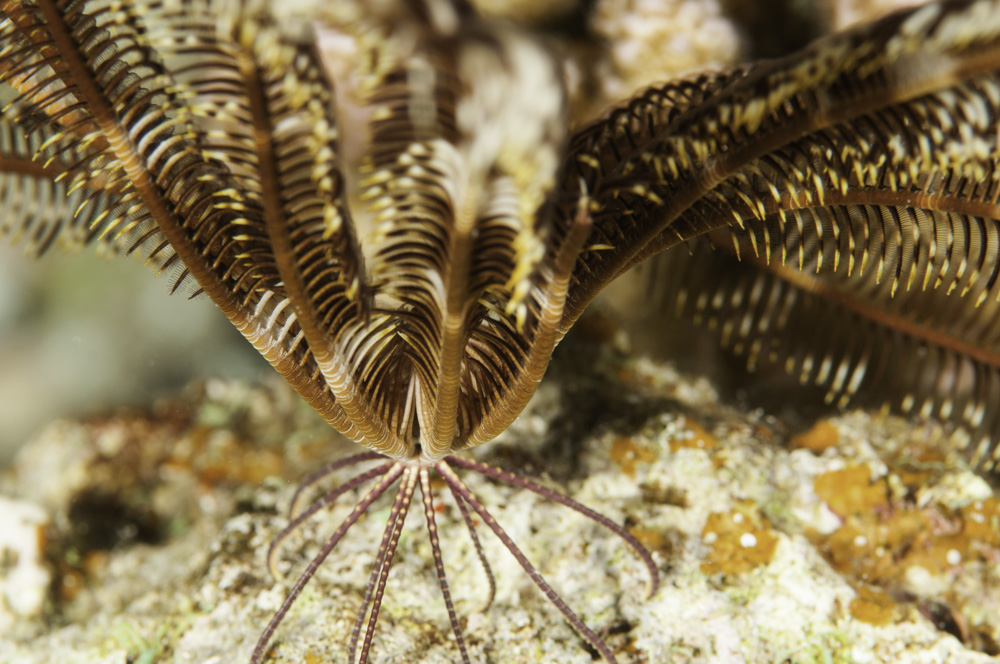 The legs are properly known as cirri

I’ve spent many a dive watching featherstars moving in the current, their delicate arms deployed to catch as much passing nutriment as possible, and to be honest I’ve always assumed they are close relatives of basketstars, being as they are so apparently similar.  This is not true, basketstars are with the brittlestars in the class Ophiuroidea, and featherstars are in Crinoidea.  The name Crinoidea is derived from the Greek word for sea lilies. 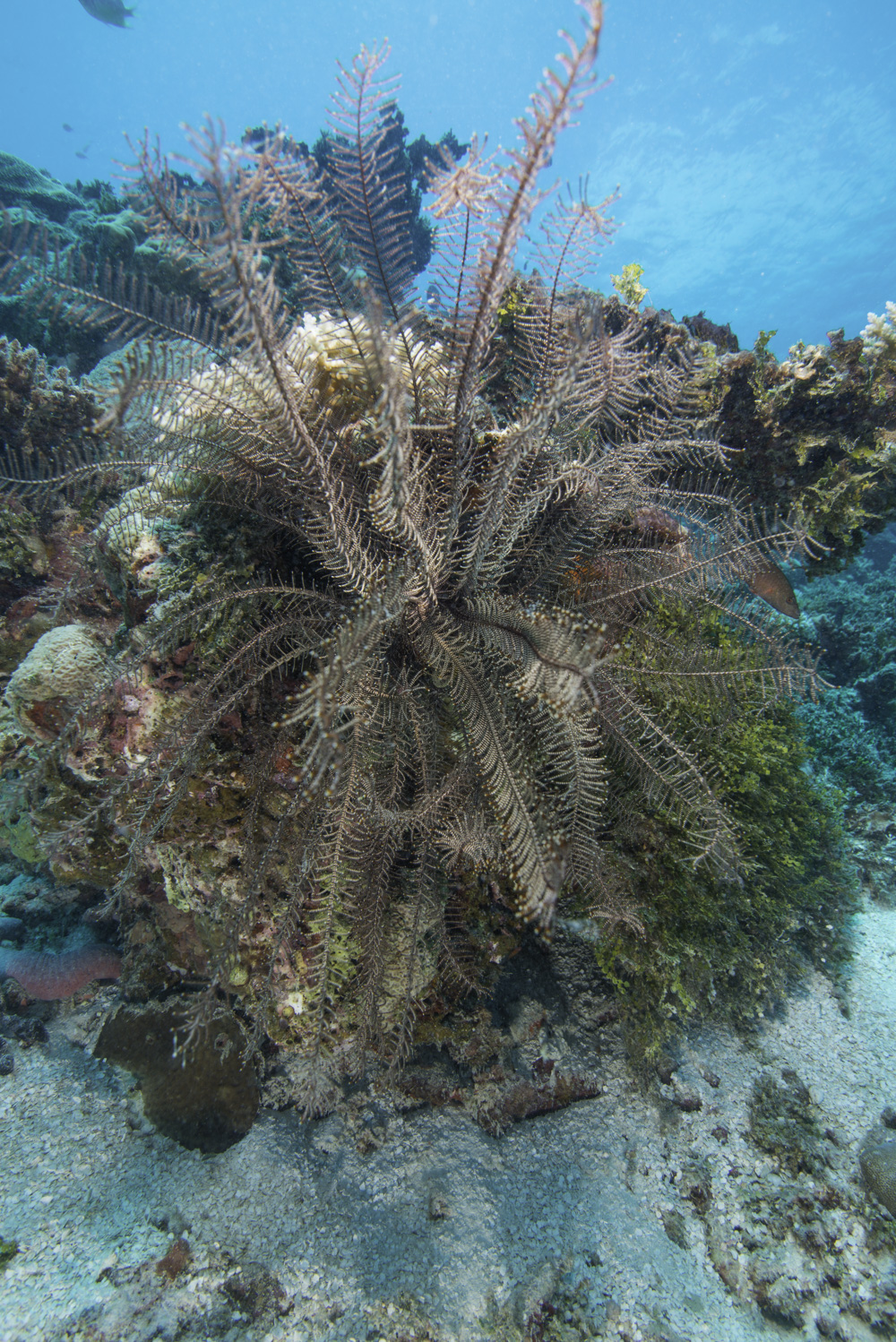 a many armed species from the Maldives

Some people refer to featherstars as crinoids, of which there are about 600 species.  Overall, the different species retain the same basic body plan, though arm numbers vary depending on species and age.  Some juveniles will double their arm number to 20 when they reach adulthood, and some species have many more arms, though all retain a symmetry based on the number 5 – they are pentaradial. 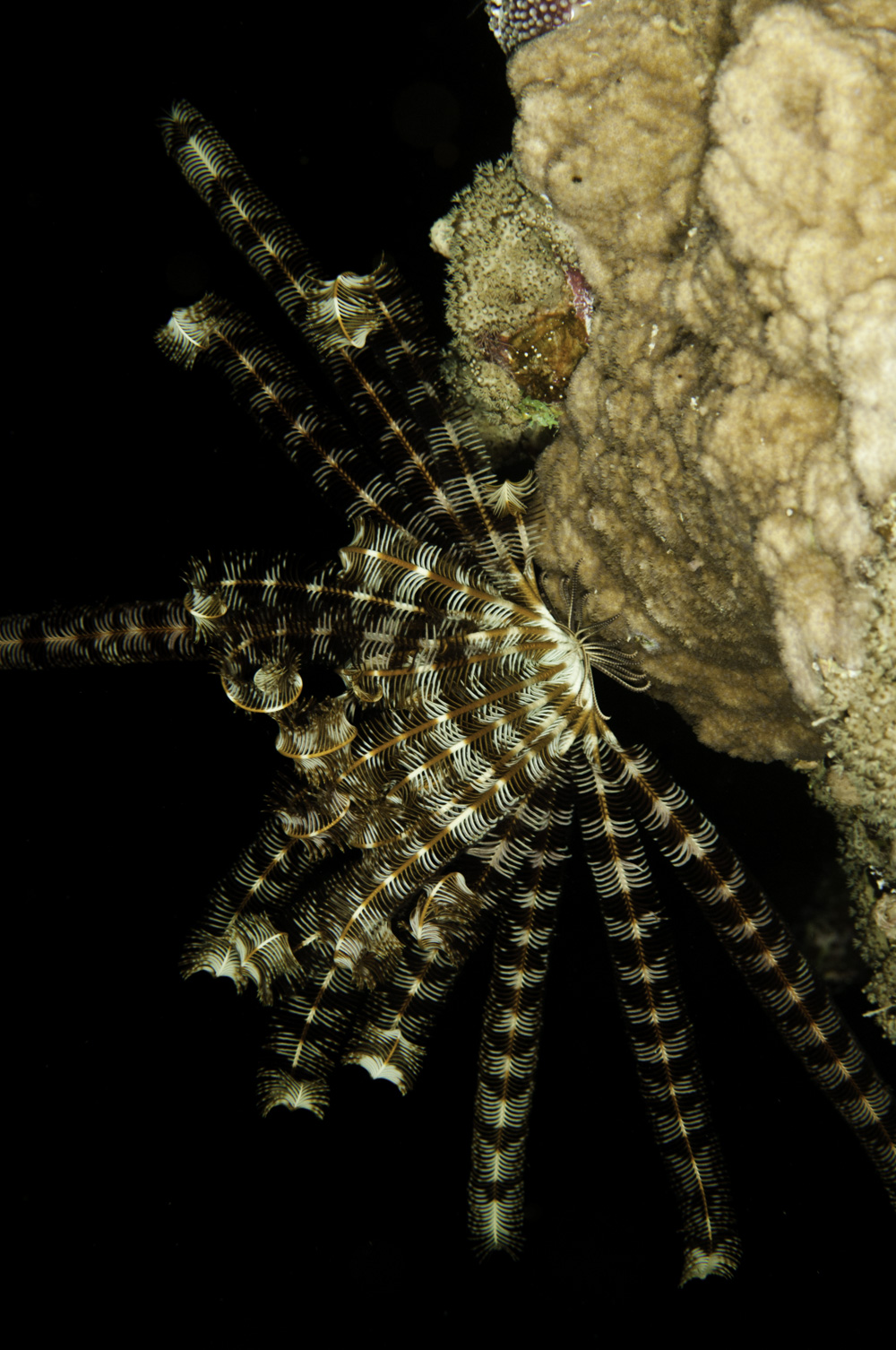 Like their distant relatives the basketstars, they too are filter feeders and are quite adept at climbing onto a coral head or rock to ‘bathe’ in the best of the current.  They move around and hold fast using a series of small clinging ‘arms’, though not all species possess these. 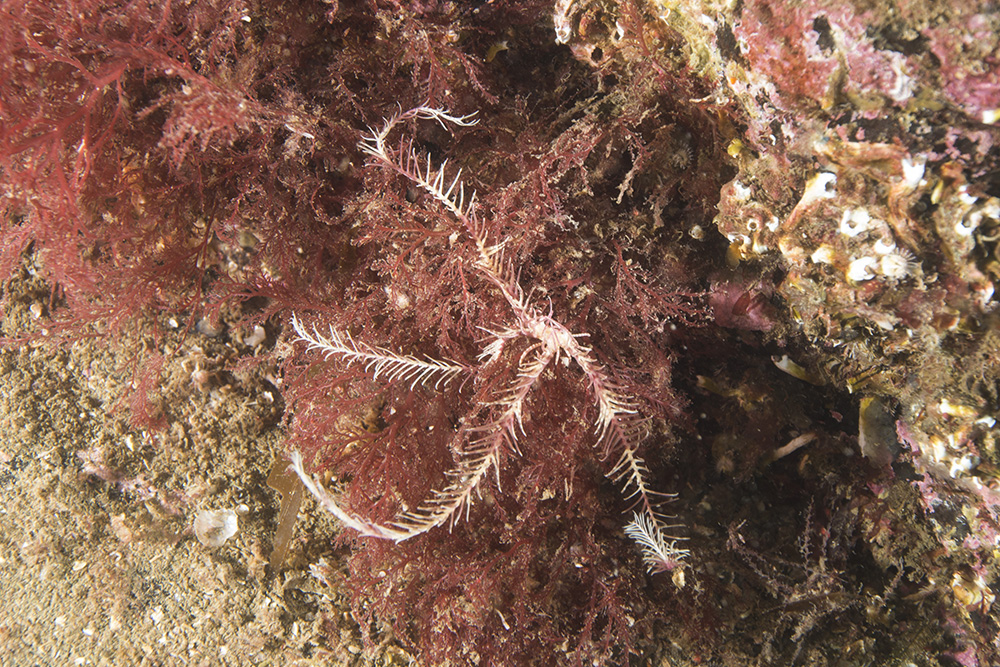 Most of the crinoids divers see are the shallow and mainly sessile species, though many are free swimming and a good number exist in the deeps.  Some have stalks and closely resemble fossils that illustrate how crinoids were once dominant in many ancient seas. 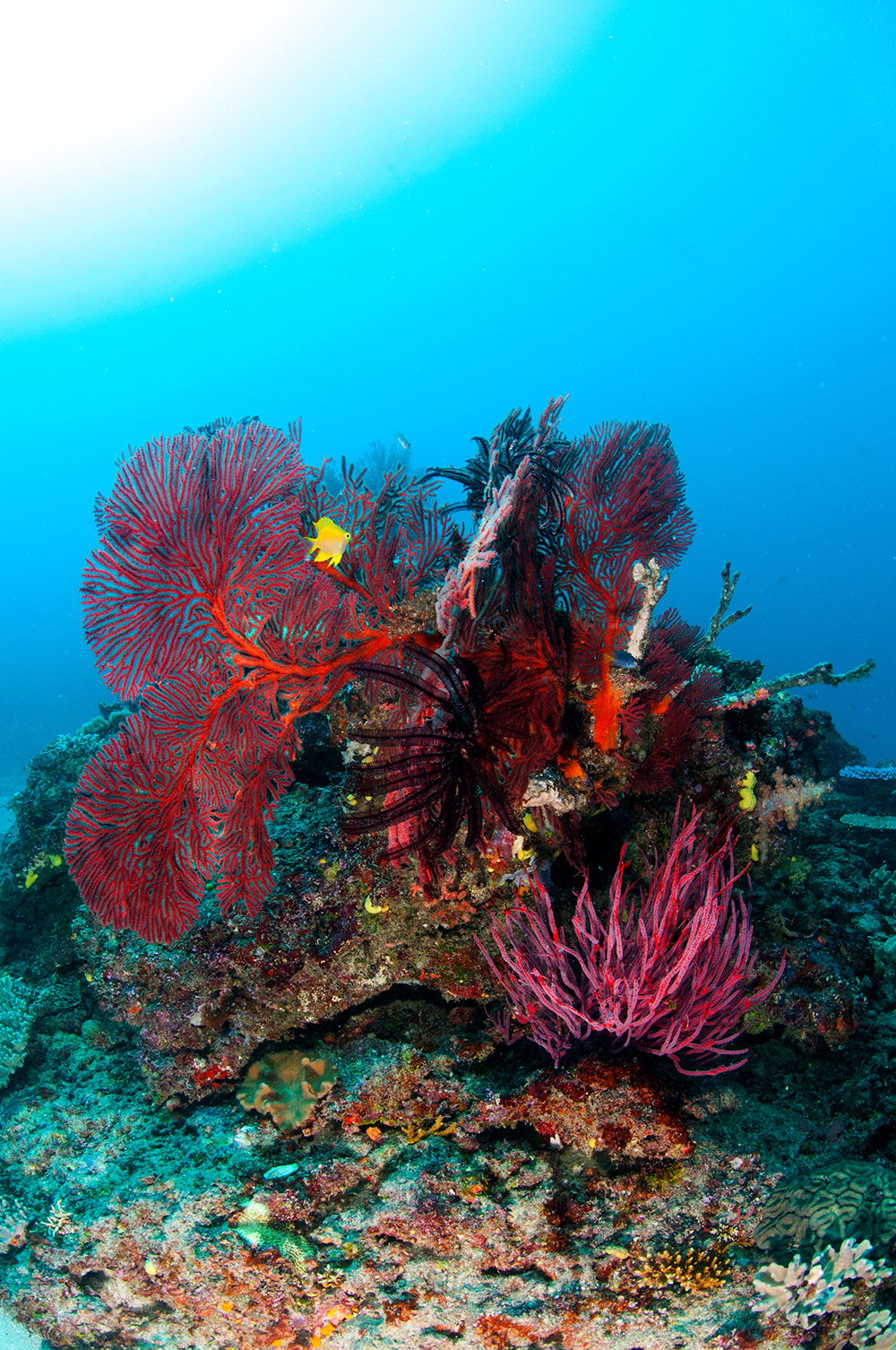 A colourful scene from Fiji. These crinoids are comfortable in the day time, whilst many others are nocturnal.

For me, their biology is less fascinating than the animals which can live within them.  A good number of crustaceans call featherstars home and these commensal species can be enjoyable or frustrating to photograph, depending on your success level. 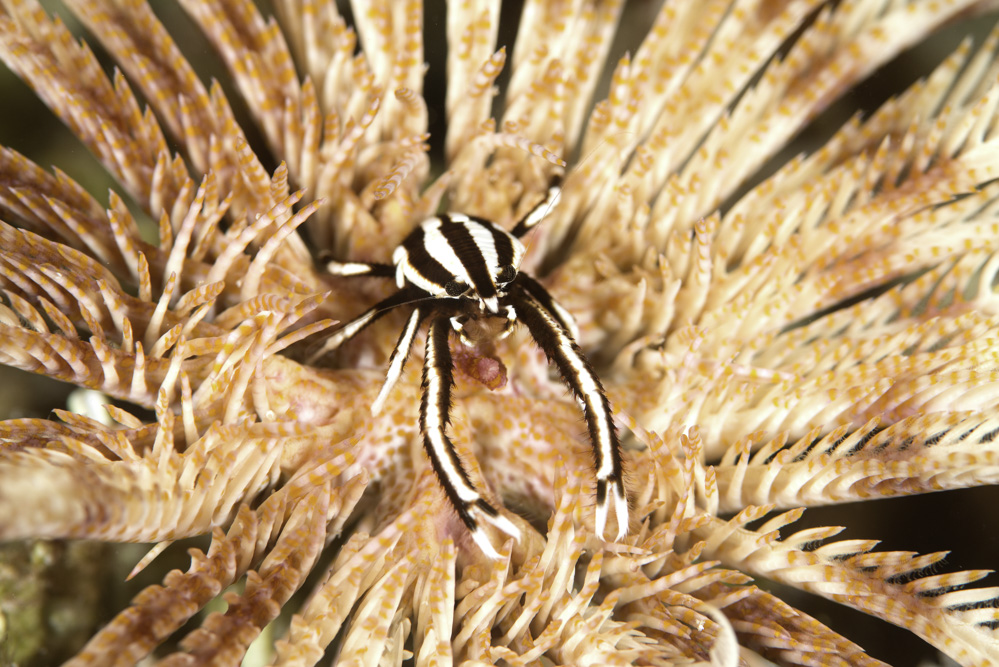