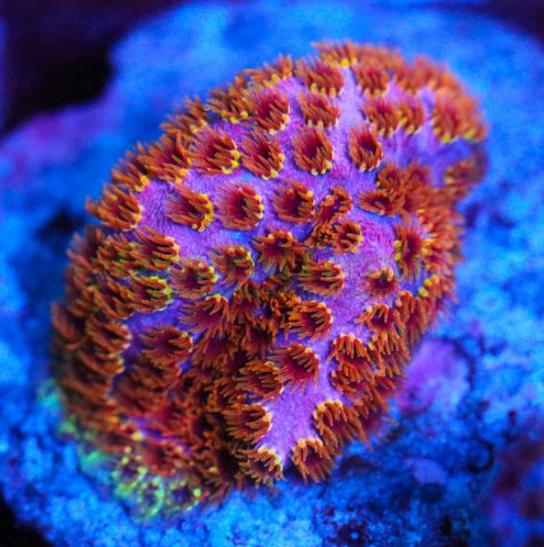 Our featured color of the week comes to us originally from World Wide Corals (WWC) in Orlando, FL but the photos are from Richard Negret at Cornbred corals.  As many of you know, Richard and the folks at WWC have a knack for finding both beautiful and unusual corals. The WWC 4 color Cyphastrea is no exception.

History: The meteor shower Cyphastrea (pronunciation) was probably the first named Cyphastrea to enter into the aquarium hobby in the US.  With its teal- MORE