This is a fast moving bill and since the following article was published, the House passed H.R. 4521 on the morning of February 4, 2022. The future of H.R. 4521 is now in the hands of the US Senate. See the information at the end of this article to take action and make sure your views are considered.

A last-minute amendment to the COMPETES Act, H.R. 4521, was slipped in, presumably to avoid attention and pushback from the millions of Americans who will be affected, and to bypass congressional hearings. The language creates a major change to the provisions of the Lacey Act that regulate species deemed by US Fish & Wildlife Service to be injurious. While promoted under the guise of protecting the country from invasive species, the true goal of the legislative change is to ban as much of the wildlife trade as possible. Many of the organizations pushing this change oppose keeping animals in zoos, public aquariums, research facilities, and sometimes even as pets. While these organizations do not have the public support to implement their agenda outright, they have been effective in hijacking otherwise legitimate initiatives to achieve their ideological goals quietly, piece by piece.

Currently, the Lacey Act allows US Fish & Wildlife Service to promulgate rules that list species that could be injurious “to human beings, to the interests of agriculture, horticulture, forestry, or to wildlife or the wildlife resources of the United States.” Every state in the US also has legal and regulatory mechanisms for banning species that could cause harm to native species and habitats. The current federal Lacey Act list, and most state lists, are often referred to as “Black Lists.” Any species on the list is prohibited, while any species not on the list is allowed to be imported into the respective jurisdiction, sometimes with stipulations such as permit or health certificate requirements. This method of regulation is often regarded as best regulatory practice because it allows jurisdictions to prevent unwanted environmental and health threats that are relevant to their region without being overly burdensome to organizations, businesses, and individuals.

The language in the COMPETES Act would change the Lacey Act list to what is often referred to as a “White List.” If the bill passes, only species that go through an administrative rulemaking process and are found not to be a risk or an injurious species would be allowed to be imported into the United States. Any species not listed would be presumed to be injurious and would be banned from import. All species would be in essence regarded as guilty until proven innocent.

There are multiple problems with taking this regulatory approach.

First, it is impossible to prove a negative. Meeting the burden of proof to show a species would not be injurious is onerous and will require significant time and financial resources. Navigating the petition and listing process will be next to impossible for the average person, not to mention the problems in overcoming any subsequent legal challenges to listings.

The Lacey Act is a federal law, meaning if a species could be injurious anywhere in the United States including its territories and possessions, it could be considered injurious. Due to the vast differences in climate and habitats, effectively regulating potentially invasive species in Ohio or Minnesota requires evaluating drastically different criteria than in Florida or Hawaii or Puerto Rico. However, the Lacey Act is inflexible and leaves no room for more localized regulations. If a species could be a threat in south Florida, it is deemed to be a threat in Minnesota as well. Therefore, rules to prevent invasive species are most effective when implemented at the state level and not as a one size fits all approach for the entirety of the country. 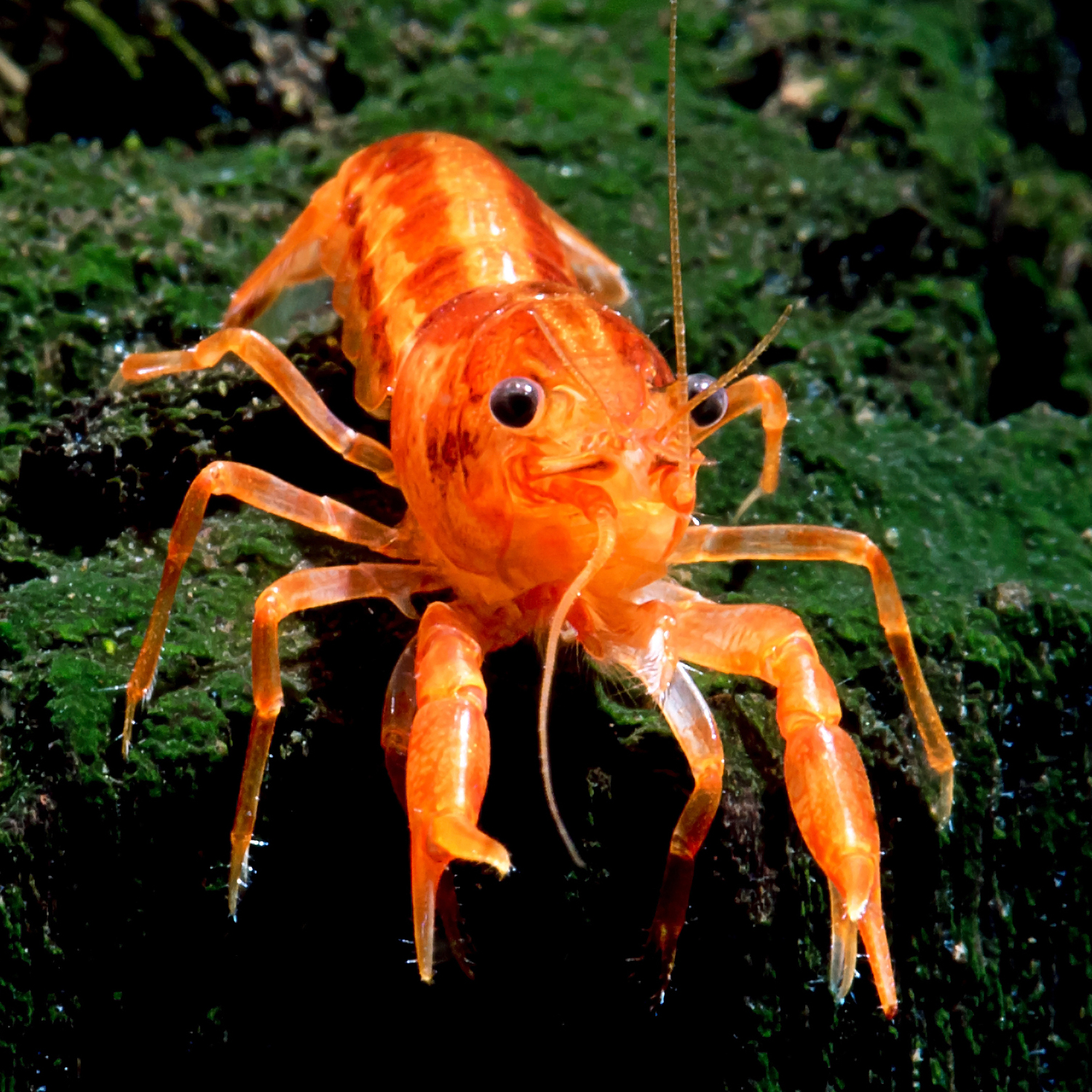 “White Lists” also create enforcement problems. With a “Black List,” law enforcement primarily needs to be able to identify protected and banned species. Even in these cases, law enforcement can have difficulty and federal regulations ban imports of some species solely based on similarity of appearance to another protected or banned species. The only purpose of these bans are regulatory agencies perceive it would otherwise be difficult for law enforcement personnel to implement the law. This can lead to extremes. For example, Pennsylvania bans all crayfish species. This law is primarily an attempt to prevent invasions of rusty crayfish and a few other cold-water species that legitimately threaten native ecosystems. However, this also means the orange dwarf Mexican crayfish, a popular tropical aquarium species, is banned. An ecological risk screening by US Fish & Wildlife Service gives the species a climate match score of 0 (the lowest score possible and a key indicator that species presents no invasion risk) for the entire state of Pennsylvania. There is also little to no risk of confusing an orange dwarf Mexican crayfish with species that would actually harm the state’s aquatic ecology. Despite no reasonable purpose for banning the species in Pennsylvania, keeping orange Mexican dwarf crayfish is a crime at the state level, and could even become a federal felony if prosecuted under criminal provisions of federal law pertaining to state, tribal, and foreign wildlife violations.

While “Black Lists” create some regulatory difficulties such as this, these issues are exponentially aggravated when implementing a white list, as practical enforcement of a white list will require law enforcement officials to reliably identify every species, whether listed or not. This is impossible, as millions of species exist on planet earth. Therefore, it is likely species that present effectively no risk of actually being injurious would be excluded from the “White List” due to perceived burden to law enforcement, whether reasonable or not. Even worse, these regulations would apply across the entire US and not be confined to any single state.

Not only do species identification issues lead to overarching bans on otherwise non-injurious species, but problems can arise even when species are completely legal. Customs officials and wildlife inspection agents at ports of entry are tasked with clearing shipments of wildlife imported from abroad. Often, getting the shipments cleared and to their final destination as quickly as possible is paramount for the health and welfare of the animals. Misidentifications and mistakes by inspectors can lead to holding and seizure of perfectly legal shipments, resulting in significant stress on the animals being transported. This already can be an issue within the currently regulatory framework. But moving from a current Lacey Act “Black List” to a “White List” would result in even more instances of mistakenly held and seized shipments due to the increased complexity for custom officials and inspection agents. This will significantly increase cost of enforcement and reduce animal welfare by potentially prolonging transit times.

The proposed legislation would not only significantly impact importing animals into the United States, but also limit transportation of animals between states. Due to a 2017 D.C. Court of Appeals ruling, species listed as injurious under the Lacey Act can be moved across state lines in accordance with state laws (though many states already ban relevant Lacey Act “Black Listed” species that pose a threat to their native ecology considering their state’s respective climate and habitats).

The COMPETES Act would override the court ruling and outlaw interstate transport of all species considered injurious under the Lacey Act. Since every species not on the “White List” would be considered injurious, the proposed Lacey Act white list would not only prevent imports of most species into the US from abroad, but also ban movement between states. While animals possessed before the implementation of the white list would still likely be allowed to be kept under state law, unless the species is lucky enough to make it onto the proposed Lacey Act “White List,” transporting across state lines for any reason, whether because of a move, selling or gifting animals, or even taking an animal temporarily to another state for medical care (a common occurrence for fish, reptile, amphibian, and bird keepers, since finding a veterinarian specializing in treating non-mammals can sometimes be difficult) could result in federal prosecution.

Prosecution under the Lacey Act can be severe and heavy handed. Each violation can be prosecuted as a federal felony with a maximum punishment of $20,000 and/or five years imprisonment. Additional civil penalties could also be levied. 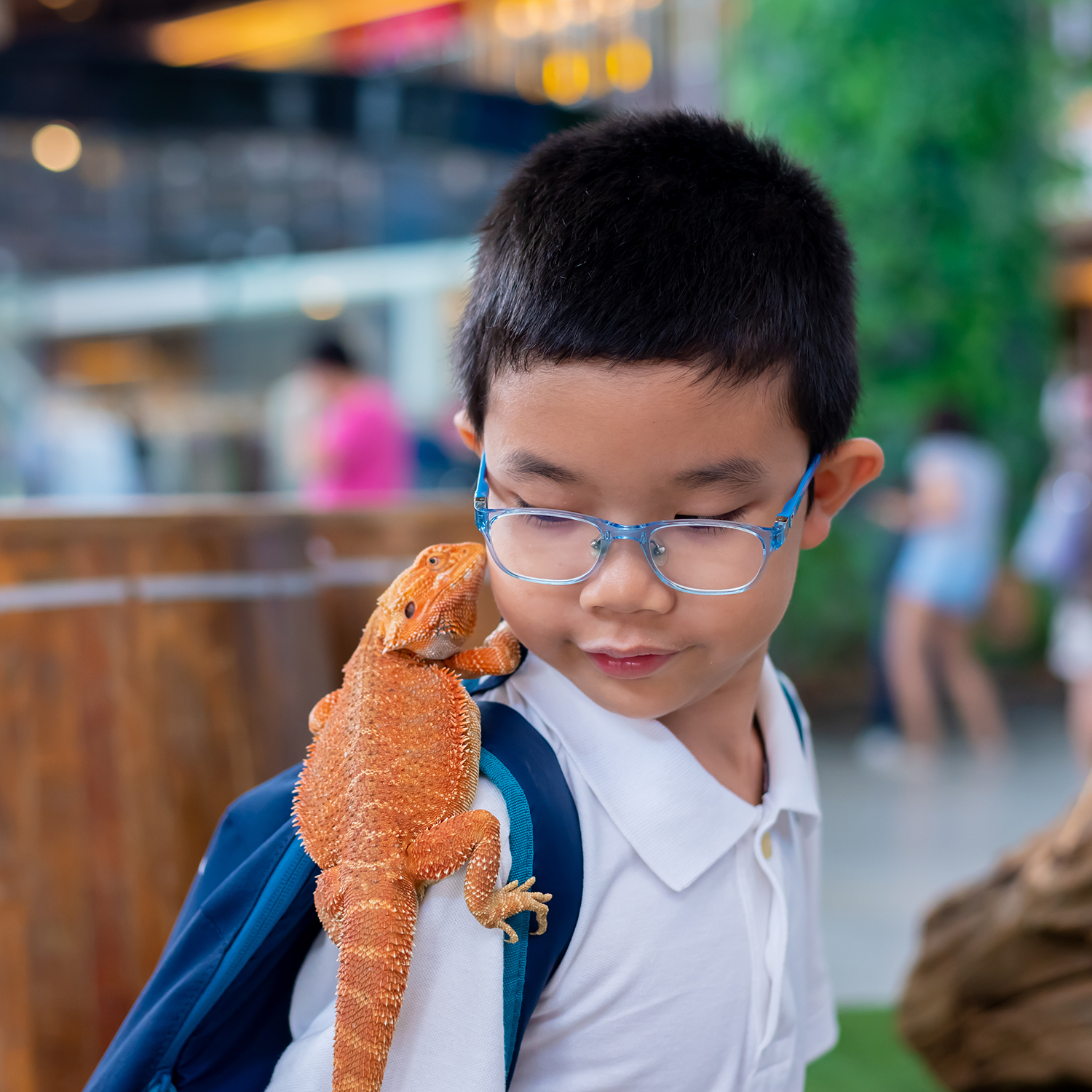 Changes proposed in the COMPETE Act will affect bird keepers, reptile and amphibian enthusiasts, and any other organization, business, or person who works with non-native wildlife. The definition of “wildlife” covers almost every animal, no matter how many generations it may be removed from its wild counterparts, with very few exceptions aside from dogs and cats. The consequences for reptile and amphibian keepers, bird owners, aquarists, and other pet owners if the COMPETES Act passes will be severe. This means every reptile, amphibian, arachnid, bird, fish, coral, and invertebrate will be subject to the new restrictions, whether captive bred, ranched, farmed, aquacultured, maricultured, or collected from a wild source or fishery. With more than 10,000 species of birds, reptiles, amphibians, arachnids, fish, corals, and invertebrates kept by hobbyists and in trade, it is likely only a small fraction of species would initially be able to overcome the onerous listing process on the “White List.” The process of petitioning to add species to the “White List” will be costly and time consuming, and likely be challenged in court by well-funded animal rights organization, resulting in long and costly delays, if successful at all. Most species will likely be considered injurious without any reason other than an unsurmountable burden of proving otherwise. For species that do manage to make it onto the “White List,” prices will likely rise significantly. Undescribed and newly discovered species will almost certainly cease to exist in the American hobby and trade. Even domestic captive breeding, aquaculture, and fisheries will be severely curtailed as companies and individuals will, for the most part, be limited solely to the “White Listed” species. For all intents and purposes, this legislation will dramatically change the hobby and pet trade as we know it, resulting in significantly reduced availability of species, diminished interest in pet keeping, severe retraction in the size of the industry resulting in substantial job losses, both in the US and abroad, and an extreme reduction in the scientific, economic, cultural, educational, and conservation benefits of the bird, reptile, amphibian, and aquarium hobbies and trade.

Let your senator know your views on the last-minute amendment to the COMPETES Act, H.R. 4521. To contact your US senator, please visit the NAIATrust.org website, sign up here: and find your representative here and drop him or her a short note with your position regarding the amendment added in the House.

Everybody needs to sign this! PIJAC (Pet Indistry Joint Advisory Counsel) also has a page setup as and "Points" list to help write and then will forward a response to your representative. Here's PIJAC's link:

HR 4521 is eerily similar to HR 669 from a few years ago. Here's one scientist's concern written in response to it.

It takes about 1 minute.

Get everyone you know to oppose this bill sign up.
This is very serious no joke....

Join the full discussion at the Reefs.com Saltwater Aquarium Forum →