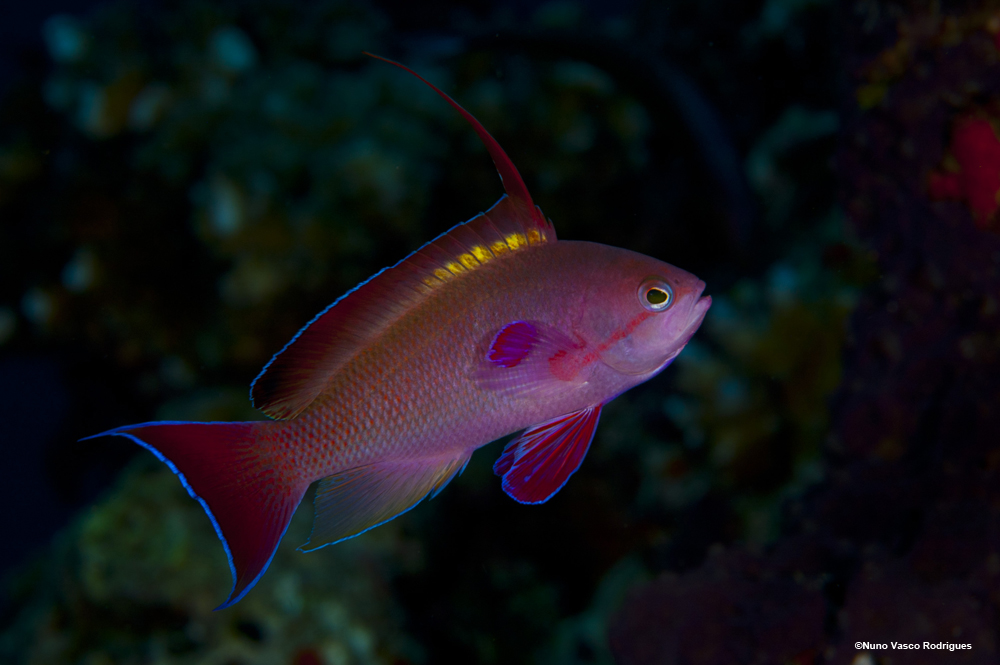 The Lyretail Anthias is one of the most iconic species of coral reef fish, found in abundance across much of the Indo-Pacific. It’s not uncommon for thousands of these to congregate in vast shoals, making them a hugely popular target for underwater photographers. Because of this, we now have an excellent record of this fish from across its range, and, in examining this in detail, something peculiar immediately jumps out—there isn’t just one species of Lyretail Anthias, but, rather, there are at least four.

This has been appreciated for some time, with many authors having pointed out some of the obvious diagnostic traits seen in different regions. Despite this agreement, taxonomists have mostly balked at putting this into practice, usually choosing to lump these disparate forms together as a single, variable species, Pseudanthias squamipinnis. But this grossly understates the considerable phenotypic and genetic differences that do exist. 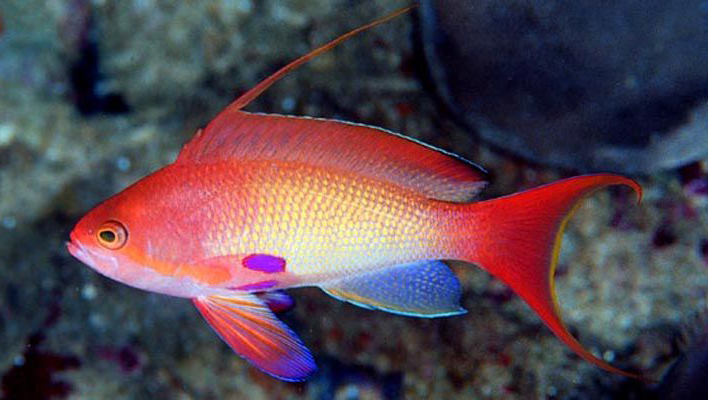 The true Lyretail Anthias is described from Mozambique, and, based on the phylogenetic data shown below, likely stretches across the whole of the Indian Ocean and the Red Sea. It has an easily recognizable caudal fin pattern which serves to separate it from those found in the Pacific, and the body is generally lighter and redder in color. Also, the pectoral fins have a second red marking near the posterior margin. 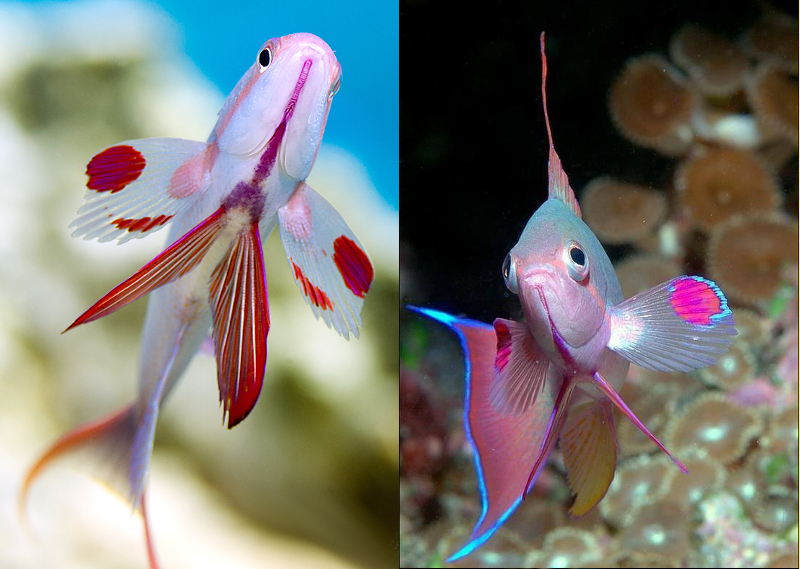 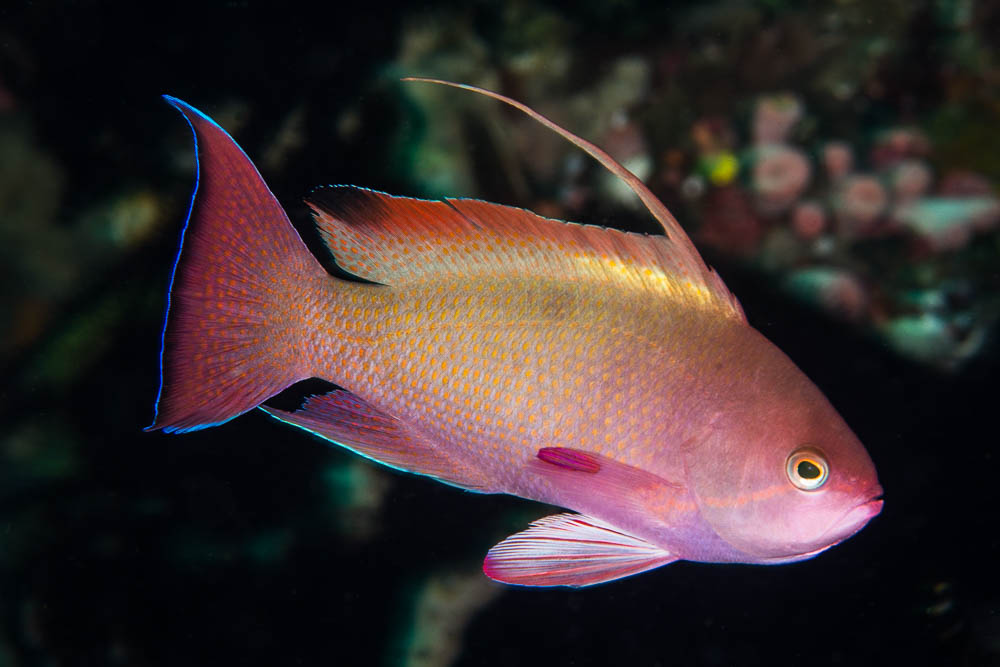 Pseudanthias cheirospilos from Komodo. This species tends to be rather dully colored, and note the shape of the caudal fin relative to the exaggerated form in the true Lyretail Anthias. Credit: zsispeo

In Indonesia and the Philippines, we find a very different beast, which has a rather truncated caudal fin bordered posteriorly in blue, rather than the yellow seen in the Indian Ocean. The pectoral fins have just the single, apical spot, and the dorsal fin often has a yellowish marking anteriorly along the base, as well as a darkened posterior tip. The correct name for this fish should be Pseudanthias cheirospilos (Bleeker 1857), and you will occasionally see it used in aquarium references; however, scientific publications ignore this nomenclature entirely. 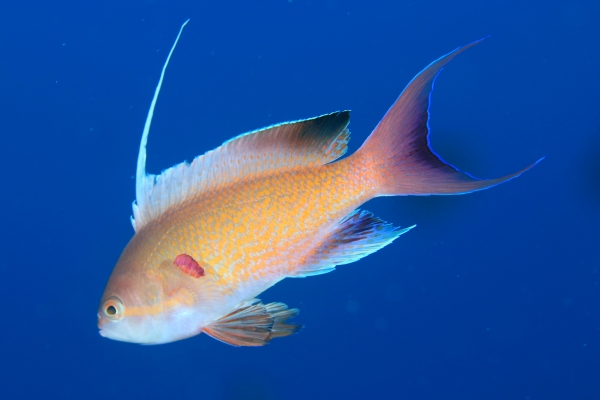 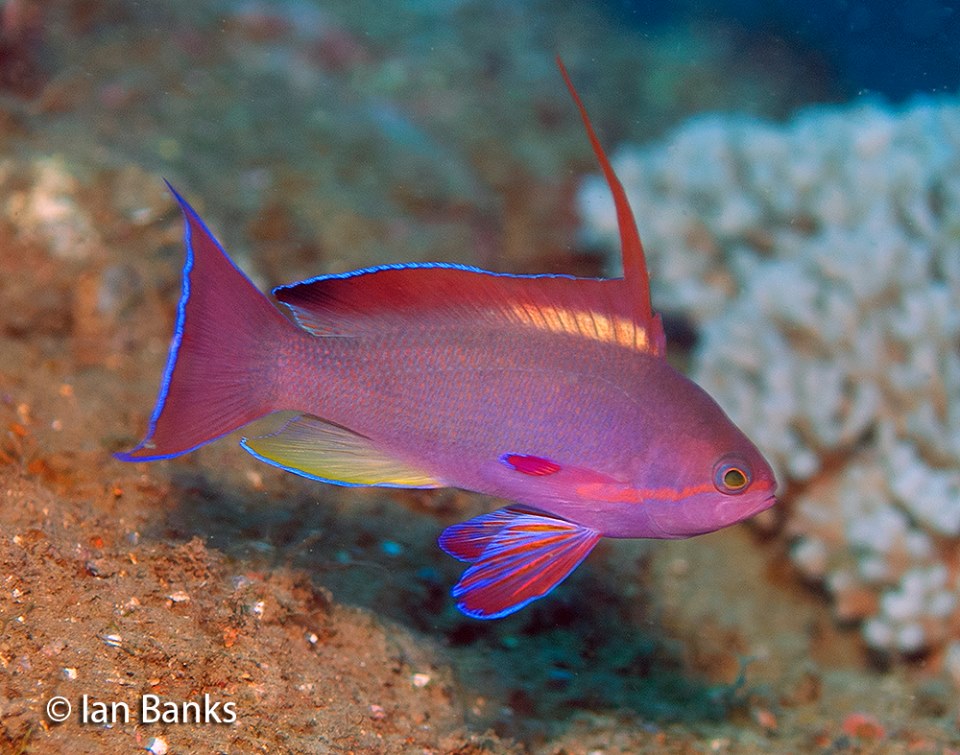 Finally, the reefs of Melanesia and Australia are home to their own unique species. This fish has a bright yellow anal fin in males, and it tends to have a brighter and more consistent yellow patch in the dorsal fin. In other respects, it is quite like those found elsewhere in the Pacific, though it does appear somewhat more purple in color relative to the dull-mauve of P. cheirospilos, the yellow-orange scalation of P. nobilis, and the bicolored appearance of the true P. squamipinnis in the Indian Ocean. Personally, I find this to be the most attractive member of the group. 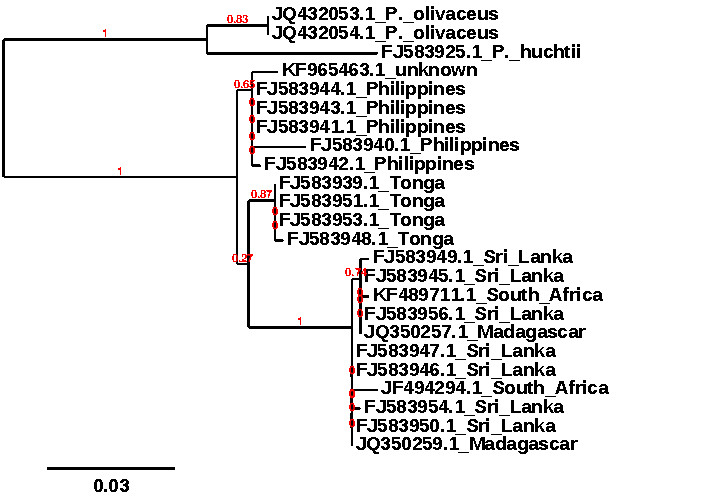 ML phylogeny using Mitochondrial CO1, data from GenBank. Note that Tongan specimens are not likely to be sister to P. squamipinnis. More data is needed.

We have relatively little data on this fish, with specimens from Fiji and Tonga being the best documented. It’s possible that the genetic difference supported in the phylogenetic tree shown here is only relevant to the distinct ecoregion of  Fiji+Tonga+Samoa, with those found elsewhere (Australia, Vanuatu, Solomon Islands, Papua New Guinea) representing one or more additional distinct populations. However, phenotypically, they all look essentially the same; more study is needed. There is no name that can be applied to this fish, so, at some point, when it’s population structure has been full elucidated, it will need to be scientifically described. 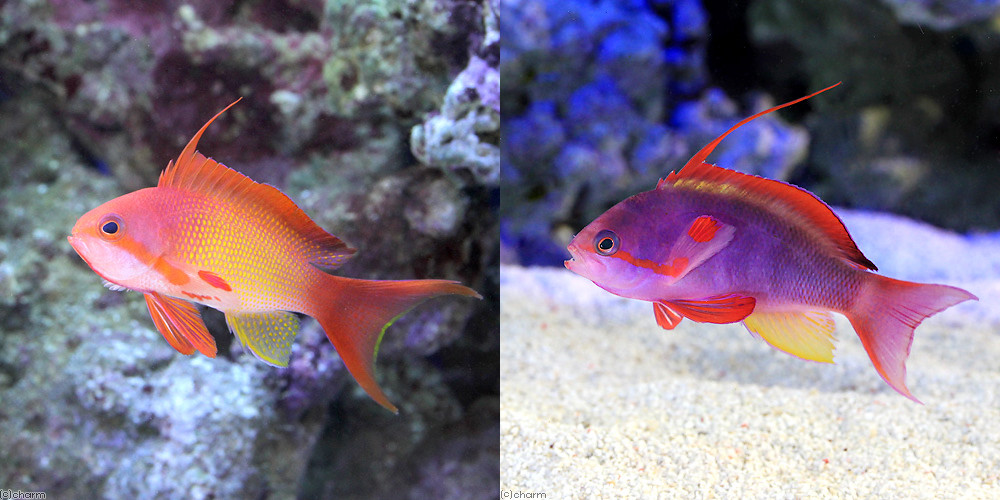