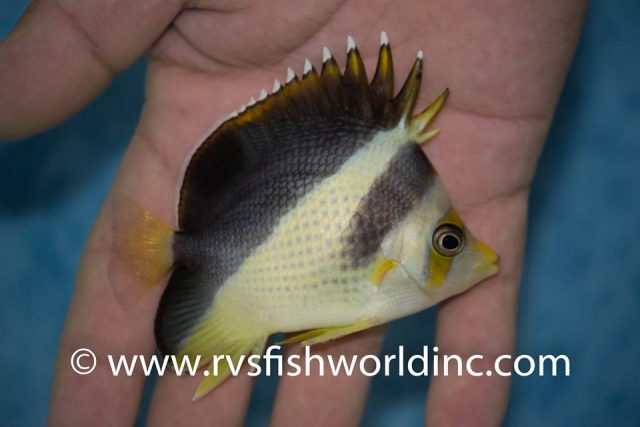 In recent years, we’ve been seeing a surprising number of fishes from the Central Pacific washing ashore at Cagayan in the Northern Philippines—Lemonpeel Angelfish, Helfrichi Firefish, Yellow Tang, Shepardi Angelfish, and on and on and on. And when you take into account all of the Japanese species that also find their way here, it’s clear that RVS Fishworld has stumbled upon a veritable gold mine of surprising biogeographic records. But one thing that we haven’t seen much of thus far are the kinds of weird hybrids that might be expected to form when these Micronesian strays enter into the West Pacific. But that’s not the case with the unusual butterflyfish seen here.

The Roaops butterflyfishes are an immensely popular group of deepwater specialists found throughout the Indo-Pacific. I (along with Lemon TeaYK) have previously covered this group’s diversity and evolution, highlighting some of the difficult questions surrounding the species boundaries in the Central Pacific. For a more thorough account, be sure to read through that discussion, but the map seen here should give a rough idea of the landscape. In the Central Pacific we find C. flavocoronatus at the Mariana Islands, where it has likely speciated thanks to the relative isolation of the region and the occasional influx of the Hawaiian C. tinkeri lending it some Polynesian DNA. Elsewhere in Micronesia, as well as the West Pacific, we encounter its darker doppelganger, C. burgessi. 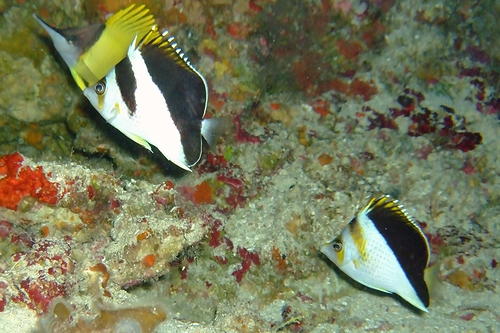 What’s particularly fascinating about the specimen collected by RVS Fishworld in the Philippines is the blending of traits seen in both of these species. There are characteristics of the Yellow-crowned Butterflyfish—the yellow stripe through the eye, the yellow coloration in the dorsal fin— as well as some obvious hints of Burgess’ Butterflyfish—namely, the black nuchal stripe. Had we found this individual further into the West Pacific, we might be tempted to chalk this up to it being an unusual specimen with reduced melanism, but, given its occurrence at a known biogeographic crossroads, the most likely explanation is that, like so many other Micronesian species, C. flavocoronatus has found its way to the Philippines and crossbred with the locals. 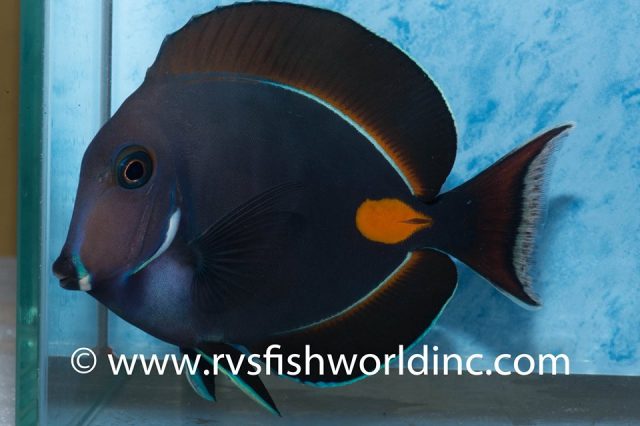 And that’s not the only unusual find by Barnett Shutman and his crew, as they’ve made yet another exciting discovery with the first verified record of the Achilles Surgeonfish (Acanthurus achilles) from the Philippines. This spectacular species is a Central Pacific endemic that has on occasion shown up in several nearby locations around the Philippines Sea. Rare specimens are known now from Okinawa in the Ryukyu Islands in the west and from Minami Torishima (Marcus Island) and the Ogasawara (Bonin) Islands in the east. In the middle of this range, it has also been recorded from the tiny and rarely explored Daito and Okinotori Islands. 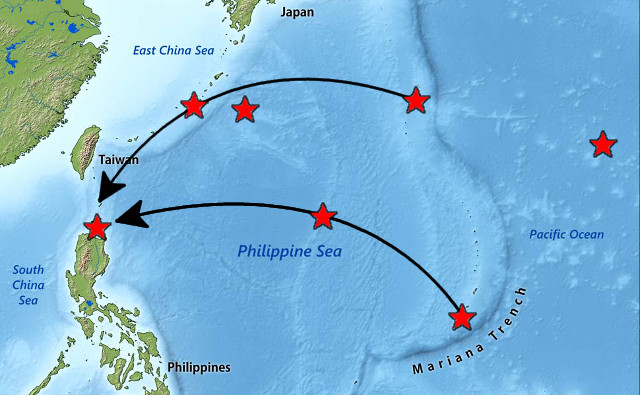 This provides a couple plausible routes through which the Achilles Surgeonfish (as well as other Micronesian endemics) are finding their way into the Philippines. One way would be by using the northern reef systems of the Daito Islands and the associated bathymetry of this region to traverse a relatively narrow expanse of water separating the main Micronesian population from the Ryukyu Arc. There’s also a possible southern route across the vast expanse of the Philippines Sea, using the Okinotori reefs as a stepping stone. Or, alternatively, it’s possible that juveniles are simply wafting over directly from the Mariana Arc. Who knows? The reefs in this region are virtually unknown, and, undoubtedly, we’ll find that an unusual mix of species occurs in the Philippines Sea, likely with numerous unusual hybrids swimming about in this literal mixing of East and West.