A Disingenuous Clarkii X Tomato Hybrid From The Phillipines 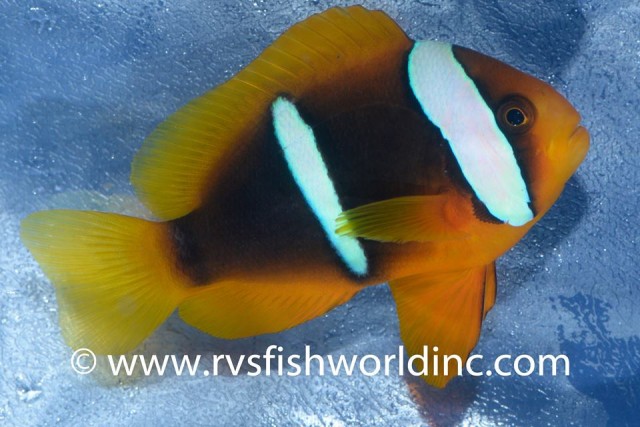 Update: The original version of this article misidentified this specimen as the first record of the Orangefin Anemonefish (Amphiprion chrysopterus) to be found in the Philippines. And indeed, the population of that species occurring in the Mariana Islands does looks remarkably similar in appearance. The blue-tinged white bars, the absence of a third bar on the caudal peduncle, the orange fins, and the dark body… these are all hallmarks useful for identifying it.

However, that is not what this is. As Julian Sprung helpfully pointed out to me, this is actually a hybrid of two common Philippines species, the Clarkii Anemonefish (A. cf clarkii) and the Tomato Anemonefish (A. frenatus). A Tomatoii? A Clarkmato?

The differences are especially subtle in this particular specimen. Most obvious is the black leading edge of the pelvic fins, which would be a nice, bright yellow in the true A. chrysopterus. In addition, the caudal fin is broadly truncated here, whereas the Orangefin would have slight filamentous extensions to both the upper and lower lobes in mature specimens. And, lastly, as seen below, you’ll find the slightest trace of a caudal bar found on the lefthand side of this fish, though it is entirely absent dextrally.

The hybrid has been reported sporadically from the wild. Barnett Shutman of RVS Fishworld, who procured this individual, mentions that a handful of these are collected each year. Images of others from this region illustrate some of the variability found in this cross, with most showing a more noticeable resemblance to the parent species, often having either the first bar most prominent (as in A. frenatus) or with all three bars developed (as in A. cf clarkii). But, every once in a while, a specimen comes along with just the right mix to fool your humble author into a misidentification. Shame! 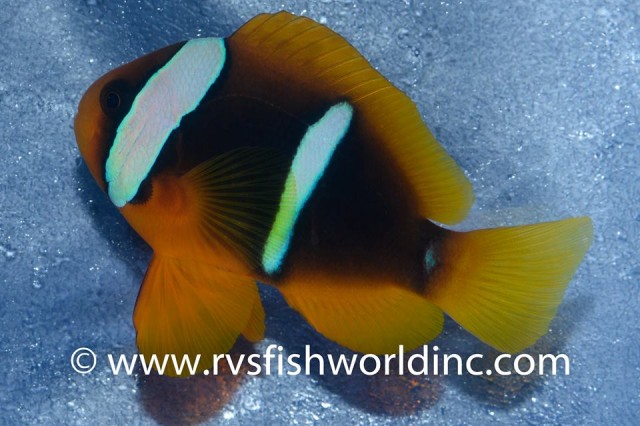