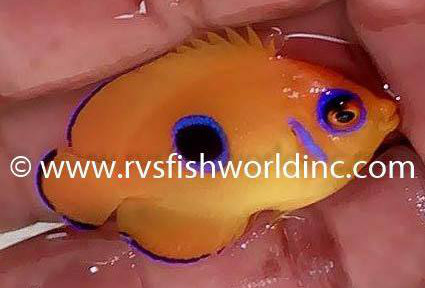 There have been some exciting discoveries lately in the world of yellow angelfishes. It was just a few weeks ago that the well-known yellow-breasted variant of the Regal Angelfish from the Indian Ocean was finally recognized as a distinct subspecies, and now RVS Fishworld has added to the xanthic fun with their discovery of the first Lemonpeel Angelfish (Centropyge flavissima) ever found in the Coral Triangle.

Given how common and inexpensive Lemonpeels are in the aquarium trade, you might assume that this fish is just as ubiquitous in the wild, but that isn’t the case. The map shown above gives an idea of where to find this iconic yellow angelfish, but it is by no means equally abundant throughout its range. Most aquarium specimens originate from the Melanesian coral reefs of Fiji and Vanuatu, where this is one of the most numerous pomacanthids to be found. It also occurs in other aquarium collecting hotspots (e.g. Tahiti, Kiritimati, Marshall Islands) where it can be occasionally sourced, but when we look further beyond these locations this fish becomes increasingly sparse in number. 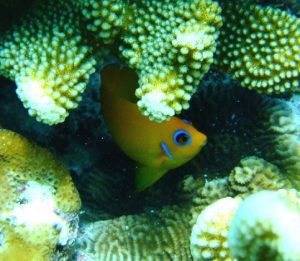 In most of Micronesia, Lemonpeels are a fairly uncommon occurrence, becoming even rarer further west in the Ryukyu Islands and Taiwan. And it’s just south of here, in the Cagayan Islands of the Northern Philippines, where RVS discovered their specimen—remarkably, it was collected in the mesophotic depths at around 75 meters! There have been loads of exciting new discoveries coming from this collecting station in recent months, as many species endemic to Japan and Micronesia find their furthest limits at this biogeographic crossroads. The big unanswered question, though, is whether there is truly a breeding population of these fishes here or if these specimens merely represent transient visitors.

There’s quite a bit more to say on this species and its curious biogeography and evolutionary history. If you’re wondering why I’ve ignored the distinctive Lemonpeel population endemic to the Eastern Indian Ocean, that was no oversight. I’ll be pontificating on this matter in greater detail with a future post, but, for now, I’ll leave you with this riddle—the Lemonpeel Angelfish found in the Philippines may not actually be a Lemonpeel Angelfish. *gasp*