All of the really nice looking fish hang out below 100 meters, and it’s up to Luiz Rocha to discover them and take their photograph. His latest find is the Little Fairy Basslet (Sacura parva), a spectacular member of the anthias subfamily which has never before been photographed alive in its natural deepwater habitat. 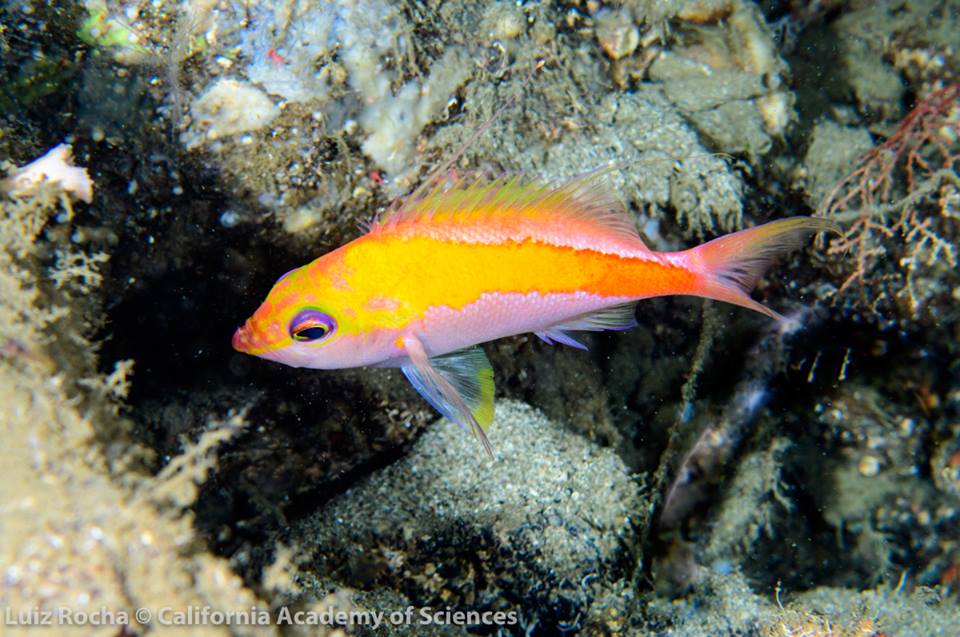 This colorful male specimen was encountered at 105 meters near Anilao in the Philippines, and it’s perhaps just the third time that this species has ever been reported. Previously, it was known from a nearby location at Verde Island (also found by Luiz) and from the type locality in the Timor Sea (not far from where the recently described Monsoon Fairy Wrasse originates). Like most anthias, this fish is sexually dichromatic, and females are said to have a prominent black spot in the middle of the dorsal fin. In males, the diagonal band of yellow scales is diagnostic for the species, allowing it to be readily recognized from its relatives (S. margaritacea, S. speciosa, S. boulengeri, and an undescribed species from Indonesia). 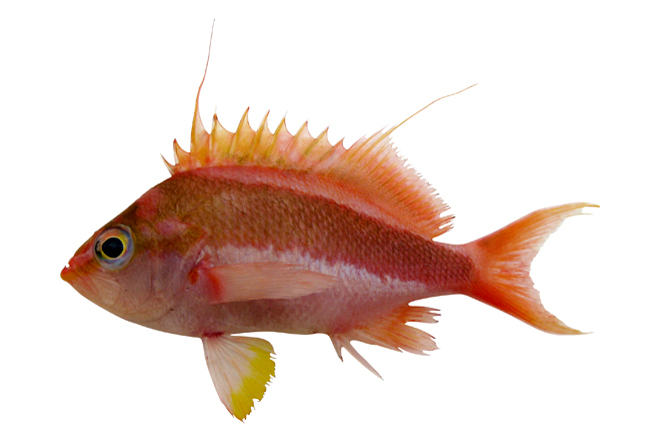 Luiz, accompanied by several colleagues from the California Academy of Science, is currently taking part in an expedition to document the abundance and biodiversity of Anilao’s mesophotic reefs, and, along the way, they’ll also be collecting some invertebrates—gorgonians, black corals, benthic ctenophores—for the Steinhart Aquarium’s incredible Twilight Zone exhibits. Another goal is to study how the commercial fishing in this region might affect these deeper reef habitats. Sadly, Luiz reports that the Little Fairy Basslet is forced to swim among a tangle of broken fishing lines… so it would seem that, while this elusive anthias might not be too familiar to us, we’re probably quite familiar to it.