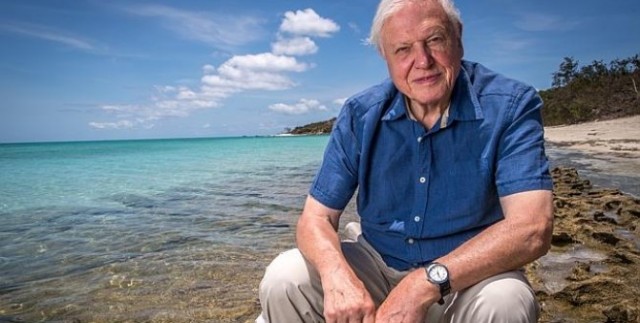 If you’re anything like me, you’ve been counting the days until the BBC broadcasts its upcoming nature documentary on the Great Barrier Reef, presented by the legendary Sir David Attenborough. Now, at long last, we are less than two weeks away from the airing of the first episode on December 30th, and the BBC has been kind enough to whet our appetites for stunning reef visuals by releasing a thirty-second teaser trailer. Needless to say, this looks like it is going to be absolutely amazing, a holiday gift from David Attenborough to all of us in the reefkeeping community.

It has everything we would hope for. Time-lapse macro photography of a Sarcophyton extending its polyps—check. A manned submersible descending to the mesophotic depths of the Great Barrier Reef—check. A beloved British octogenarian waxing poetic about the beauty of the world around us, his words and phrases issuing forth in a hypnotic, mellifluous cadence, lulling us into a trancelike admiration for his natural history musings—check.

There’s still no word on when we’ll be seeing this broadcast outside of Britain, though I imagine PBS will get its hands on it sooner or later. The series will have three hour-long episodes, in which Attenborough explores the reefs of the Queensland coastline aboard the 56-meter research ship Alucia. He last filmed here in 1957, an era when diving and underwater photography was still in its infancy. Of course, much has changed since then with regards to our understanding of the reef’s biological processes and diversity, as well as our technical capabilities for studying and documenting it. I imagine there’ll be some fascinating archival footage to look forward to, as well as David’s own recollection of what this habitat looked like 60 years ago. There is also said to be a CGI element to this series, which has proven to be an amazing addition to some of his other recent documentaries.

While it’s always a treat to see a coral reef filmed in high definition, it’s important to realize that the raison d’être for this landmark series, as with much of David Attenborough’s work, is to highlight the increasingly imperiled state of our planet’s ecosystems. As any coral reef aquarist should be aware of by now, there are existential threats posed by climate change and the environmental degradation caused by our species. What might these reefs look like in another sixty years if we fail to protect them? We’ll get to hear a true legend opine on the matter shortly, in what will likely be one of his last natural history films. So be sure to curl up in front of the television for this one.