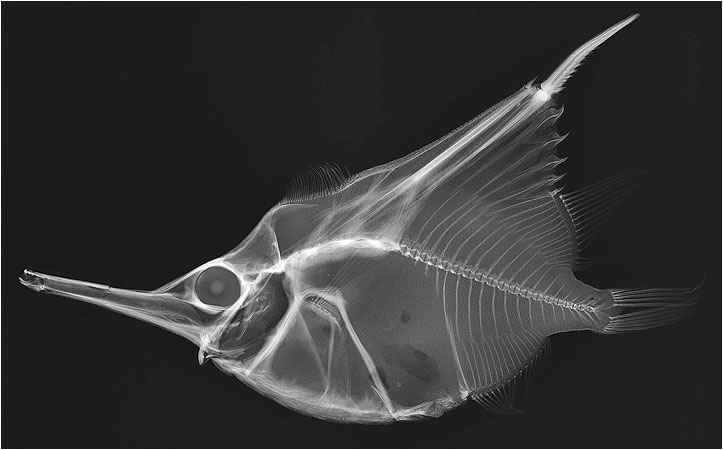 The Smithsonian has a new exhibit we mentioned last year which is made up entirely of x-ray images of various fish, named X-Ray Vision.  The exhibit runs until August 5th at the Smithsonian Museum of Natural History in downtown Washington, DC.  Unable to get to DC to see it?  You’re in luck, the photos are available in a book titled Ichthyo: The Architecture of Fish, which is currently available via online booksellers like Amazon.  Also, the exhibit is scheduled to go on tour up and down the East coast after it finishes in DC.  A selection of the images in the show are available in a Flickr album HERE.