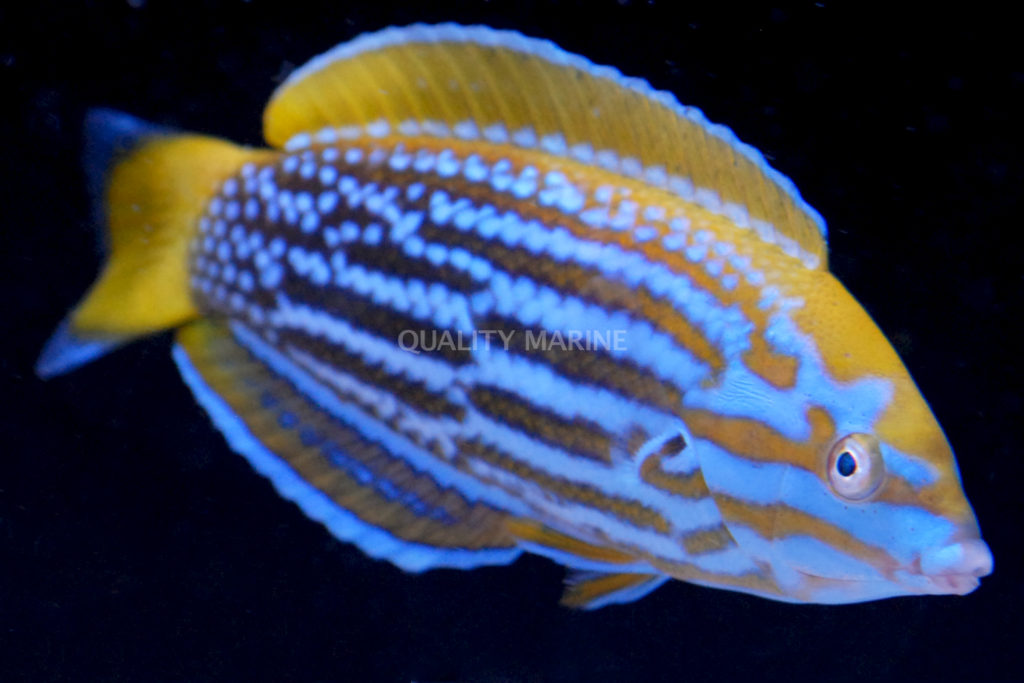 This week our featured fish spotlight is A. lennardi.  This extremely rare and beautiful wrasse is seldom imported into the United State but if you are lucky enough to find one of these fish and it’s in your budget then this is a wrasse you might want to consider for your reef aquarium.  This week, Quality Marine received in some of these fish for the first time in several years.

A. lennardi, also known as Lennard’s wrasse, has neon blue and yellow horizontal lines and it ranges from the Eastern Indian Ocean to Northwestern Australia but it is seldom available in the US aquarium trade.  It’s not that the fish is so rare in the wild.  The rarity has more to do with where the fish can be collected and the resources it takes to safely get them to a collection station for acclimation.

In the wild, adults can be found singly or in pairs around the surge zones down to about 24 meters deep. The water in this region of Australia goes through drastic temperature changes based on the currents flowing through, which creates a large temperature range that A. lennardi must acclimate to regularly.  MORE