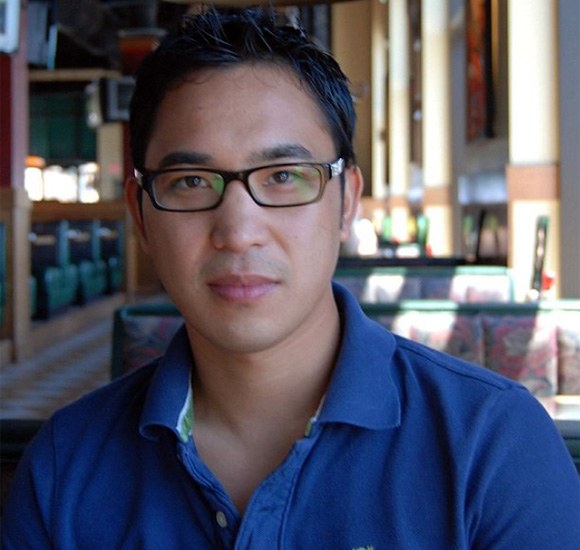 Francis takes his knowledge, experience, and trademark glasses to Hagen.

How will Fish Tank Kings incorporate your role in the show now that you no longer work for Living Color Aquarium?

Filming a season takes many months. I am currently wrapping up filming the next season that will air early in the New Year.  To preserve continuity my role as the “Fish Geek” will remain unchanged for the upcoming season.

Will Hagen play a role in the show?

Hagen does not currently play a formal role on the show. They did however; supply some great equipment that appeared on season 2. Including, the Fluval M Reef Aquarium that I set up for my girlfriend Lauren. Hagen also supplied the LED lights and other equipment used on the 90 gallon planted aquarium I set up on an episode.

Will this be your final season on FTK?

I have really enjoyed the time that I spent on FTK. I play a significant role in every FTK episode on the new season coming out in the New Year. Beyond that, I am open to the idea of being involved in some capacity should the opportunity arise.

Why did you join Hagen?

I worked at Living Color for four years and helped bring the company great success and notoriety. I had an amazing experience co-starring on Nat Geo Wild’s TV series Fish Tank Kings which has inspired a lot of people to join the aquarium hobby. I will appear on all the episodes for the upcoming new season of FTK which premieres early in the New Year.

My role at Hagen will allow me to take my love for the aquariums to another level and positively impact many aquarium enthusiasts. I will be able to influence the development of their aquatic products with a focus on simplicity and innovation. Hagen has a long history, global reach and a strong reputation for producing high quality pet care products. I believe that working with Hagen to create excellent aquarium products coupled with my planned educational initiatives will have a very positive impact on the aquarium hobby. I am excited for the opportunity to better educate our consumers and help promote the growth and advancement of aquarium keeping in general.

My personal mission statement: “To elevate the aquarium hobby through education and innovation.”

What role will you play at Hagen?


Seeing as how you’re already an established aquarium personality, will you participate in any of www.fluvalaquatics.com’s upcoming wild expedition documentaries?

I really really hope so! Both Fluval and Exo Terra, Hagen’s reptile brand go on some awesome expeditions around the world. It would be a real treat to join Fluval on their upcoming expeditions.

Thank you for the time.  We wish you the best at Hagen!

Mansfield, MA – (For Immediate Release) – A leader in the aquatics market, Hagen is known for a powerful brand lineup that includes Fluval, Fluval Sea, Marina and AquaClear. Now the company has made the team behind those brands stronger with the appointment of Francis Yupangco as Aquatics Development Manager.

Yupangco’s educational and career background make him exceptionally qualified for his new position. In addition to earning a BSc. in marine biology from Simon Fraser University in Vancouver, Canada, he holds an MBA from Royal Roads University. His work experience ranges from managing complex marine habitats to overseeing market development plans for global corporations.

“We’re very excited to welcome Francis on board,” said Rolf Hagen Jr, President and CEO of Rolf C. Hagen Inc. “His skills and experience make him ideal for the position of aquatics development manager. He’s not only very well versed in marine biology, he also has a great grasp of marketing and market development, which enables him to look at things from a variety of angles.”

Prior to joining Hagen, Yupangco served as director of marketing and business development at Living Color Enterprises. Francis co-stars in the National Geographic reality TV series Fish Tank Kings, which features the company and its services. While at Living Color, he worked with a variety of corporate entertainment clients including Disney, Sea World, Rainforest Café and the Florida Marlins Major League Baseball team.

Francis was also director of operations at Issham Aquatics International, where he led aquarium operations at 30 locations across four countries, including major tourist attractions and government institutions, such as the Khalifa Park Maritime Museum, Prince Sultan Science and Technology Center and the Royal Palace Shark Encounter. He was also employed at the prestigious Vancouver Aquarium for seven years as an aquarist and researcher.

Now at Hagen, Yupangco is looking forward to building on the reputation of some of the aquatic industry’s most iconic brands. “This is an exciting opportunity,” he said. “The aquatic brands in our portfolio have always stood for quality; and the company’s commitment to advancing aquatic technology and responsible pet care is second to none, so I am very proud to be associated with Hagen.

The recent launch of www.fluvalaquatics.com and Fluval’s social media initiatives is exciting. I will be able to really interact with our aquarium enthusiasts to discuss everything from fish breeding to LED Lighting and water quality. I look forward to simplifying aquarium keeping through innovation to make the hobby enjoyable and easy for everyone.”