The Parapercis sandperches are one of the most highly diverse groups of reef-associated fishes, with roughly 81 species having been recorded (and many more yet waiting scientific description). Now, we can add another five species to the list, at least two of which are quite vibrantly colored. As is often the case in this genus, these new taxa were recovered from relatively deep waters, making them unlikely to show up in aquarium collections, though, remarkably, one of these new species has already made its way into a fish tank.

The Redtail Sandperch (Parapercis rubricaudalis) was first found in 1979 from trawls off the coast of Western Australia and is now known to occur between 70-110+ meters. The only other locality for this fish is in the Philippines at a similar depth, with a single specimen having been collected by the net-trained divers at RVS Fishworld. (Shoutout to R. Pagkaliwagen, the Filipino diver who managed to snag that one. Sandperches aren’t the easiest fish to catch, even in aquariums… imagine doing it in the wild at these depths!) This new species has a lot going for it aesthetically, with reds and oranges liberally splashed across the body and fins.

Even more beautiful is the Sunrise Sandperch (P. soliorta), whose body is adorned with a series of red spots ringed in yellow, which match the yellow and red motif of the head and dorsal fin—color coordination is strong with this one. Alas, we haven’t any photos of this pulchritudinous Parapercis in life, as the single known specimen was procured from a fish market in the Philippines. No doubt it occurs in deeper waters, and, measuring in at 112cm, it is almost twice the size of the previous species.

The three remaining species to discuss are perhaps a bit less dramatic in appearance, though they likely look quite a bit nicer in life. The Yellowfin Sandperch (P. flavipinna) actually has some fairly interesting patterns, with some vibrant yellow lines and fins set against its rosy body. It was found in the same Philippines fish market discussed previously, on the island of Panay in the central portion of the country. The Andaman Sandperch (P. caudopellucida) comes to us courtesy of a pair of specimens trawled from 125 meters off the coast of Myanmar. And rounding out the group is Ho’s Sandperch (P. hoi), a smaller species known from both Australia and the Philippines. It’s name honors sandperch researcher Dr. Hsuan-Ching Ho. 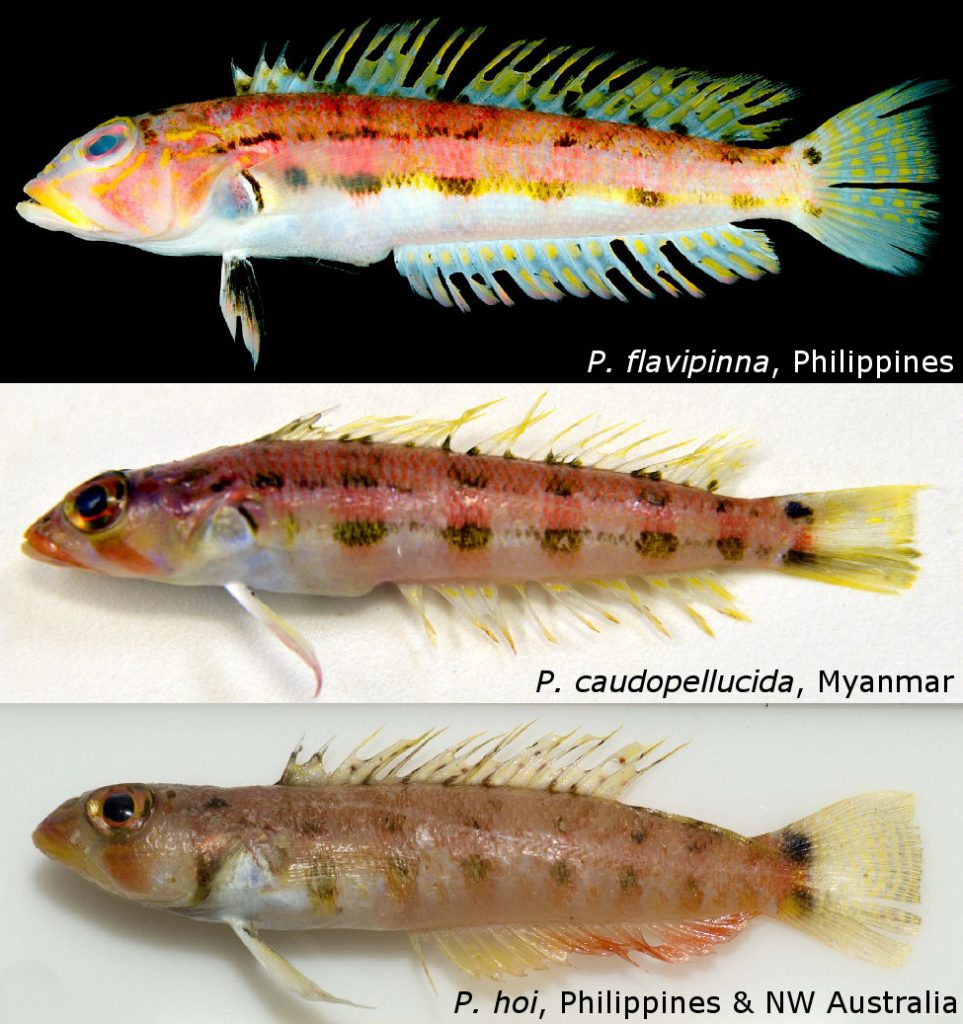