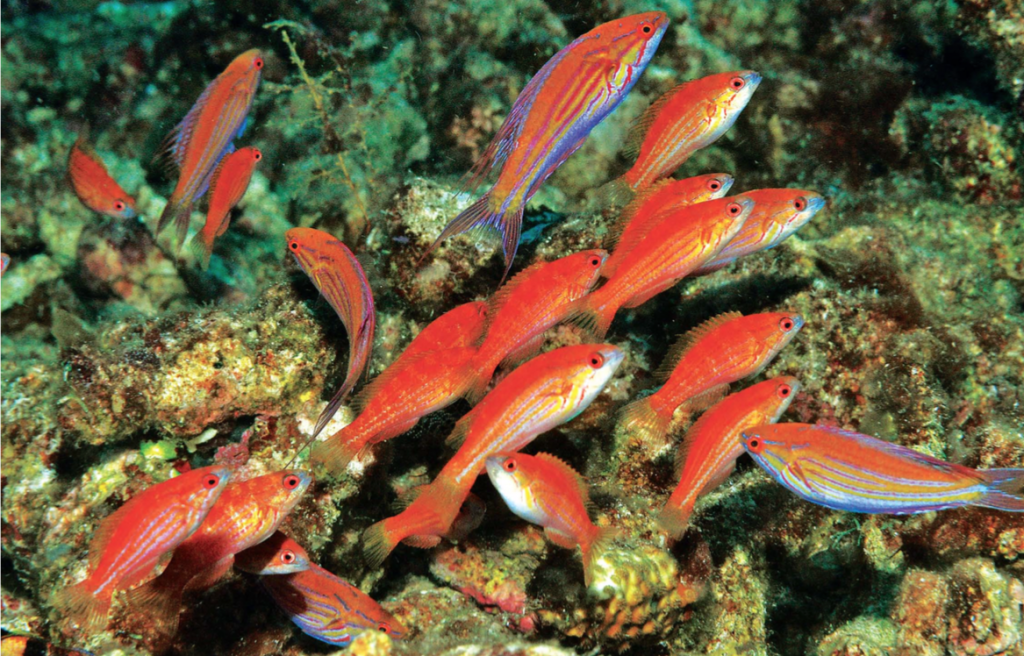 The flasher wrasse genus Paracheilinus has never had a formal taxonomic revision, that is until now. In the latest paper published in the Journal of the Ocean Science Foundation, Gerry Allen and Mark Erdmann attempt at untangling the messy nature of this genus, and, in doing so, have christened three new species from the Indonesian archipelago. The seventeen other species in the genus are also listed in chronological order, complete with biogeographical distributions and phylogenetic relationships. The paper is free access, and for that reason, we’ll only briefly summarise the new species descriptions. 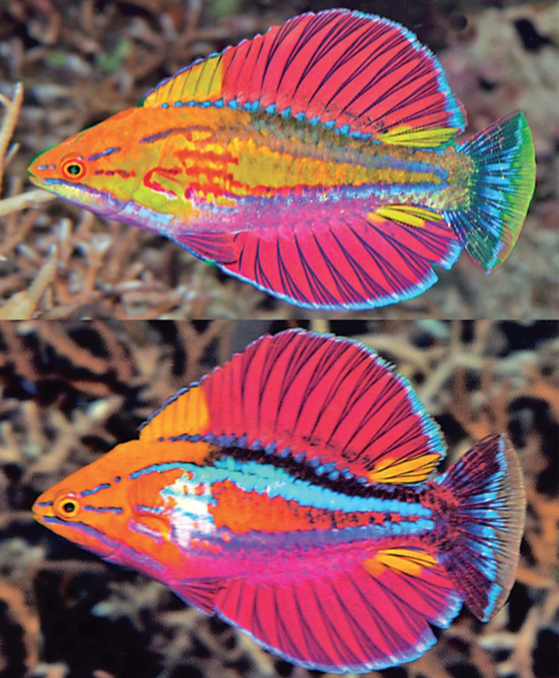 The first of three to be added to the genus Paracheilinus is P. alfiani. This species most closely resembles P. rennyae from Komodo, but unlike the former, is restricted to the nearby island of Lembata, Indonesia. Phylogenetic analysis as well as biogeographical distribution patterns reveal that P. alfiani forms part of a species group together with P. rennyae and P. angulates. The distribution of P. alfiani is quite curious, being so closely adjacent to its presumed sister species, P. rennyae. Biogeographically, there is probably very little separating the two species. It is quite bizarre that two species would assume allopatric distributions on a narrow portion of this island group of Komodo (rennyae) and Lembata (alfiani). It is possible that P. alfiani is a natural hybrid between P. rennyae with a southernly waif of P. angulatus, or even P. togeansis. Other photos of this species online depicts a slight filament on the edges of each caudal fin lobe, which might be suggestive of genetic input from angulatus or togeansis.

P. alfiani is known from two male specimens, and was named in honour of Rahmad “Yaan” Alfian, the collector of the holotype. 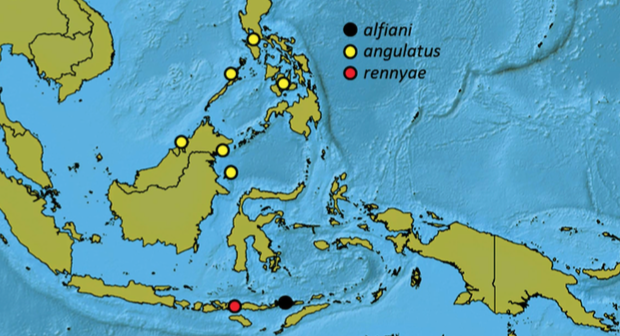 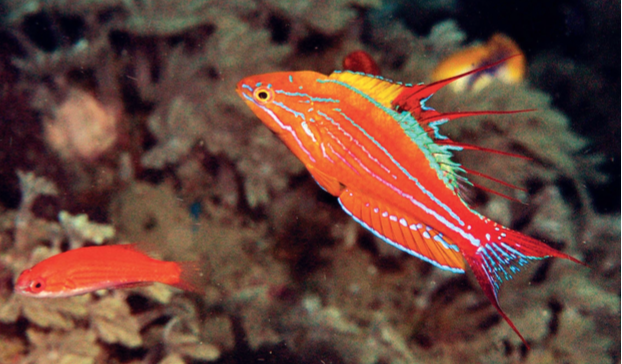 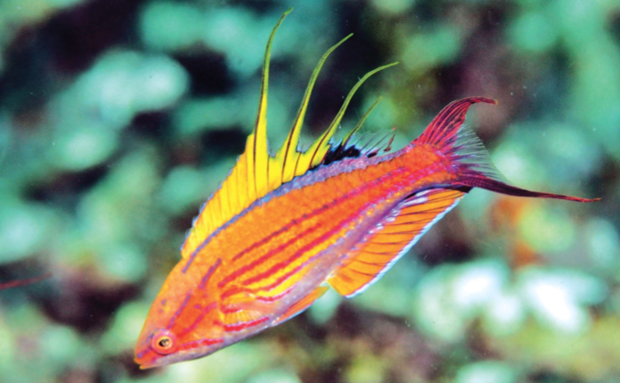 The single, widely distributed taxon that is Paracheilinus filamentosus has, unsurprisingly, been split. This species has long been regarded to house numerous cryptic taxa hidden within a single species name, distributed from Malaysia, Borneo, the entire Indonesian archipelago and east to the Solomon Islands and Papua New Guinea. Comparisons between the various phenotypes reveal that a total of three species occupy non-overlapping, allopatric distributions, with the nominal P. filamentosus being confined to Papua New Guinea, the Bismarck Archipelago and the Solomon Islands. 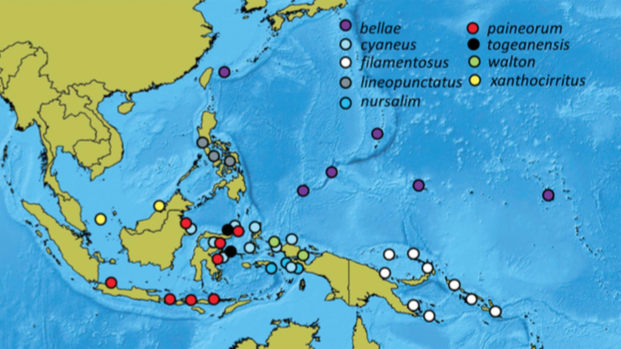 The species is replaced by Paracheilinus paineorum in the Central Indonesian island chains from Bali, Flores, Komodo, Java and north to Sulawesi and the Banggai Islands. The most obvious visible phenotypic difference would be the red dorsal filaments in P. paineorum. P. paineorum was named in honour of Paine family. Likewise, P. xanthocirritus replaces the two in the South-China Sea, at the Anambas Island and Brunei. The epithet xanthocirritus alludes to the species predominantly yellow dorsal fin. All three species are very similar and cannot be diagnosed based on meristics, but are readily identified by their distinct coloration and allopatric distributions. 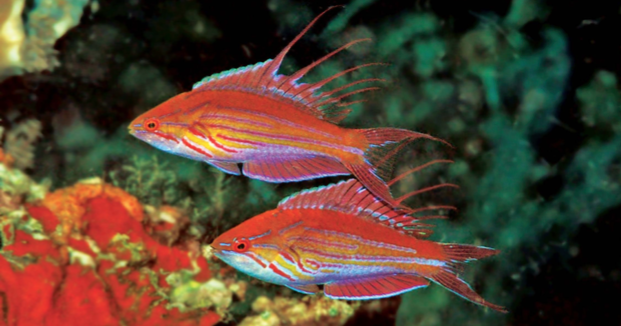 For more information about these new species, as well as a full revision of the other seventeen, the paper is free access, and available here: http://www.oceansciencefoundation.org/josf/josf19b.pdf