The Florida Aquarium in Tampa, Florida has began a new expansion as of Wednesday. The Florida Aquarium has had large plans in the works since 2012, when they started the Rising The Tides Capital Campaign as a way to fundraise for improvement. The area surrounding Tampa’s downtown port did not always have such a great reputation. The Florida Aquarium has been one of the primary and first business working to change that reputation. Now the Channel District is growing and growing fast. There is currently 1.5 billion dollar project in the works to bring more development by way of shops, hotels and restaurants, a new cruise ship port and a new waterfront park. 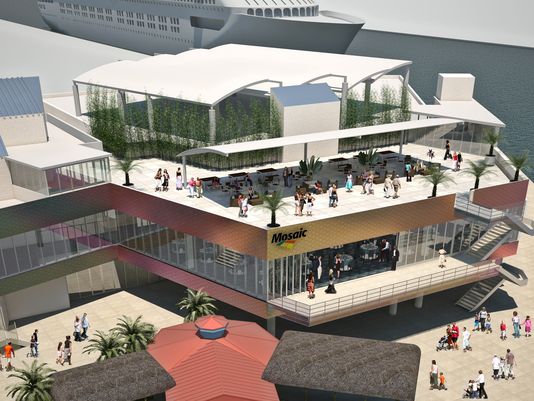 The newest addition to the Aquarium will be a 7500 square foot event center known as the Mosaic Center. “The Mosaic Center will not only transform the structural look of the aquarium, but will be an instrumental piece in the transformation of the Channel District providing an additional resource for the growing community,” said Thom Stork, president and CEO of The Florida Aquarium. “We are excited to get this project underway and to be part of the ongoing growth in the downtown Tampa area,” said Gary (Bo) Davis, Sr. Vice President of Phosphate Operations. The campaign has raised over $15 million dollars. Completion of the Mosaic Center, scheduled to open in September 2016, will mark the end of the Rising the Tides Capital Campaign development.