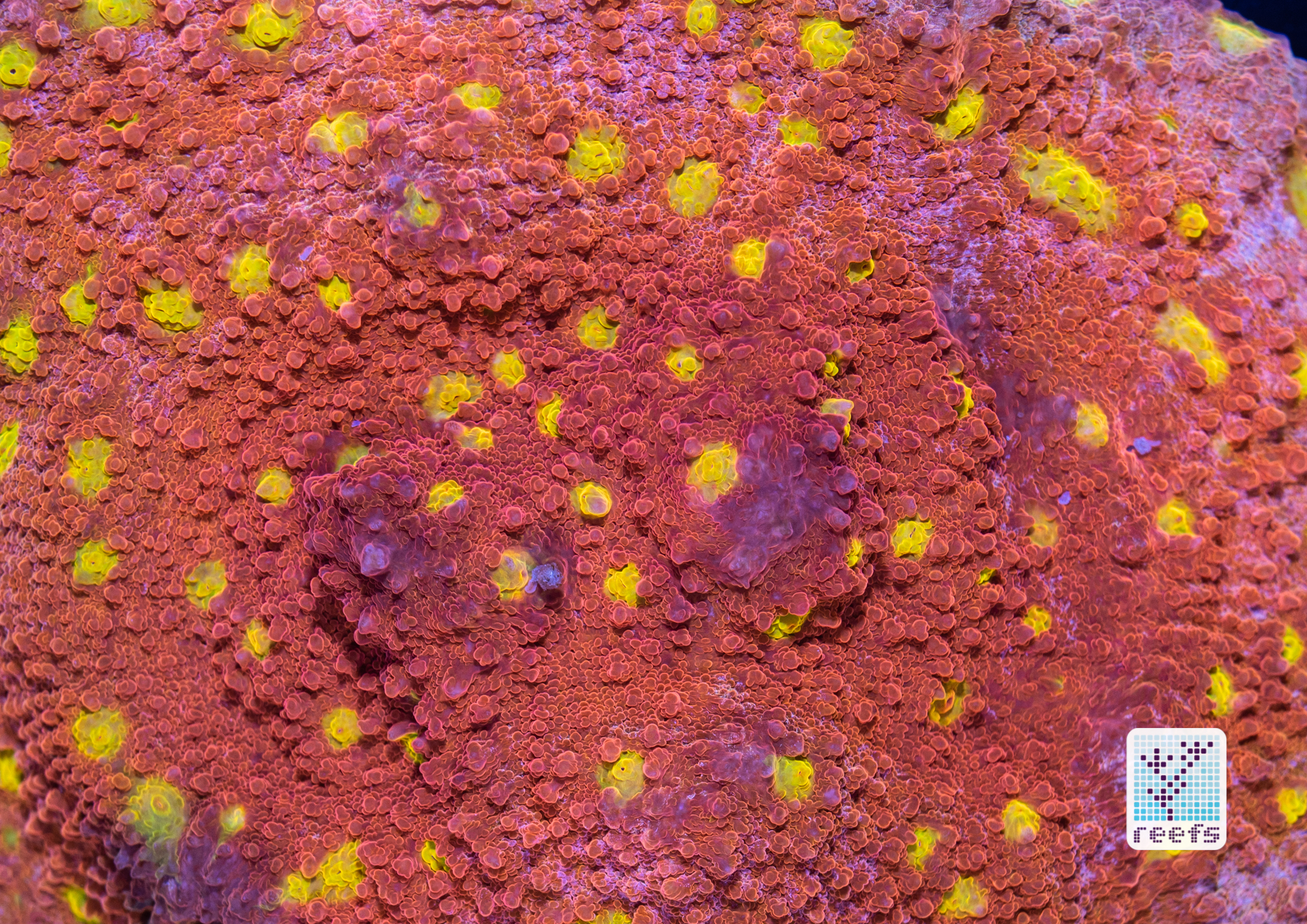 In the last edition of Fluorescence Photography: MACNA Edition, I tried to shine some light on the topic of coral fluorescence- what it is, how does it manifest itself in corals and what’s the difference between this phenomenon and other forms of naturally occurring luminescence. In this episode, I would like to focus solely on answering the question: Why do corals fluoresce?

The short answer to that question is: we don’t know for sure. Although there is some solid data-backed evidence on why some types of corals emit fluorescent light back from the high-energy radiation they receive from the Sun, there is no uniform explanation for why fluorescence occurs in such a wide range of marine animals. Before I get further into the topic, I should broaden the question and ask: Why does stuff fluoresce in general? 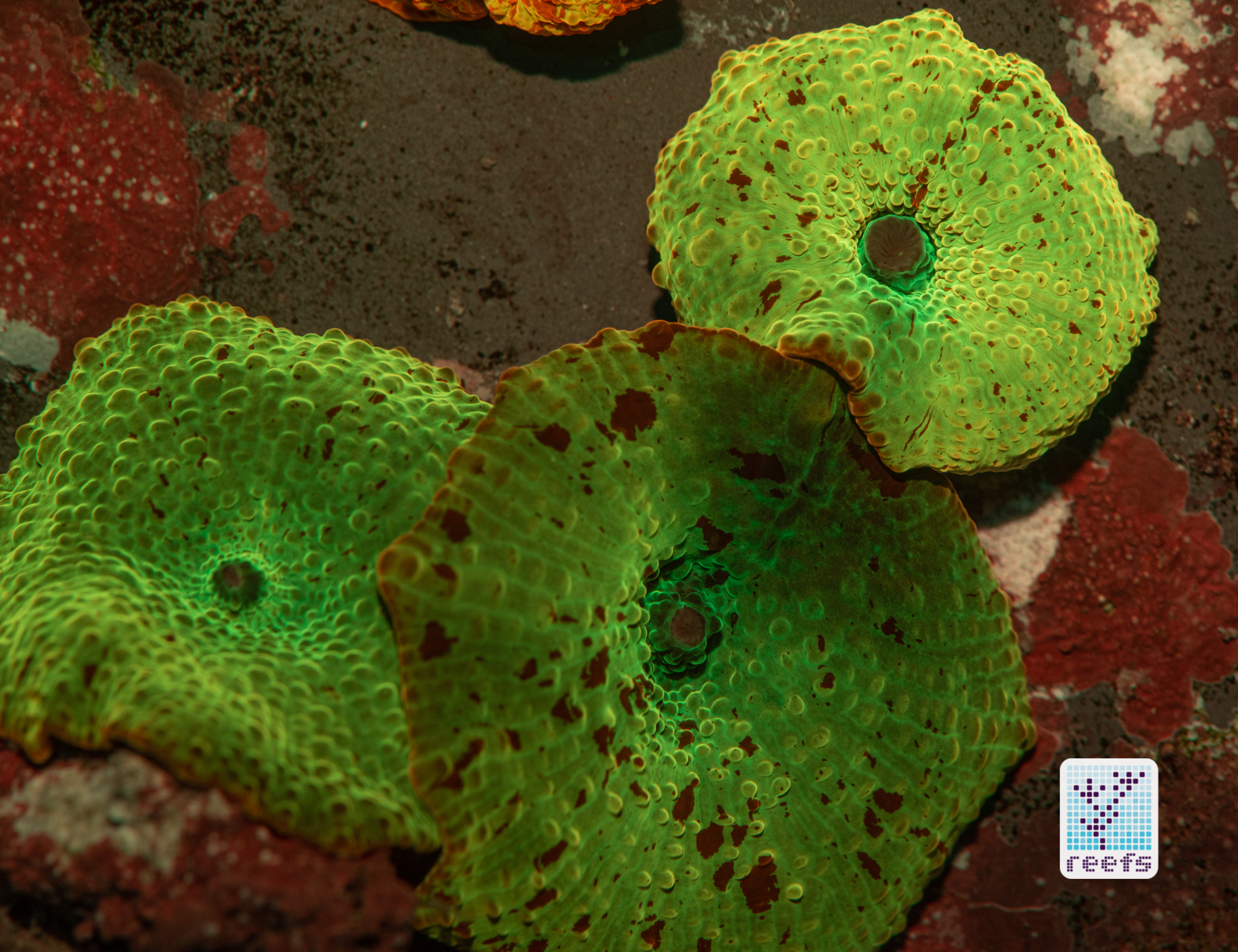 A quick look into the world of exotic minerals shows that fluorescence is not limited to living things. Being as inanimate as you can get, some minerals glow in the dark when illuminated with UV light. As far as we know, mineral rocks have no business in announcing their presence by giving out light, much less light in such fantastic hues that make them glow in the dark. The fact that they do is tied to the most fundamental aspect of fluorescence that reaches beyond the living & non-living boundary. We need to revive the initial question “What is fluorescence?” that I asked in the first part of this article and dive in even more, as far as the subatomic level of reality. 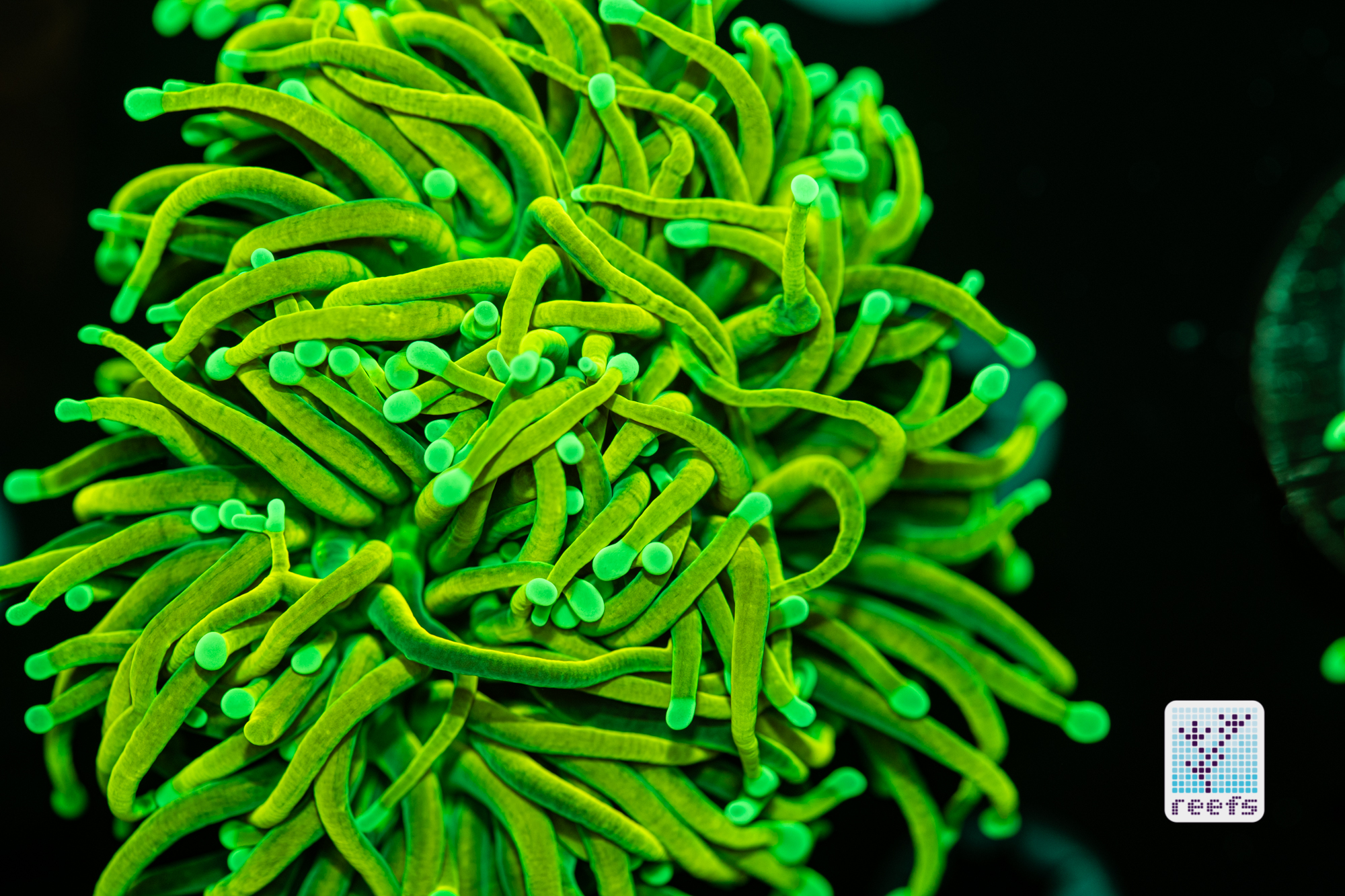 Fluorescence occurs when a photon, the “particle of light”, interacts with an electron in the outer region of an atom and transfers the energy it carries, charging the electron to temporary jump into a higher energy state. When the electron “relaxes” back to its ground energy state, it gives out some of this earlier gained energy as heat and the rest as a new photon of light. This light particle has lower energy, and thus a longer wavelength. All things react to light in this way, but most substances return the energy in a form of electromagnetic radiation that’s outside the visible spectrum or the fluorescence is so minimal it’s visually undetectable. 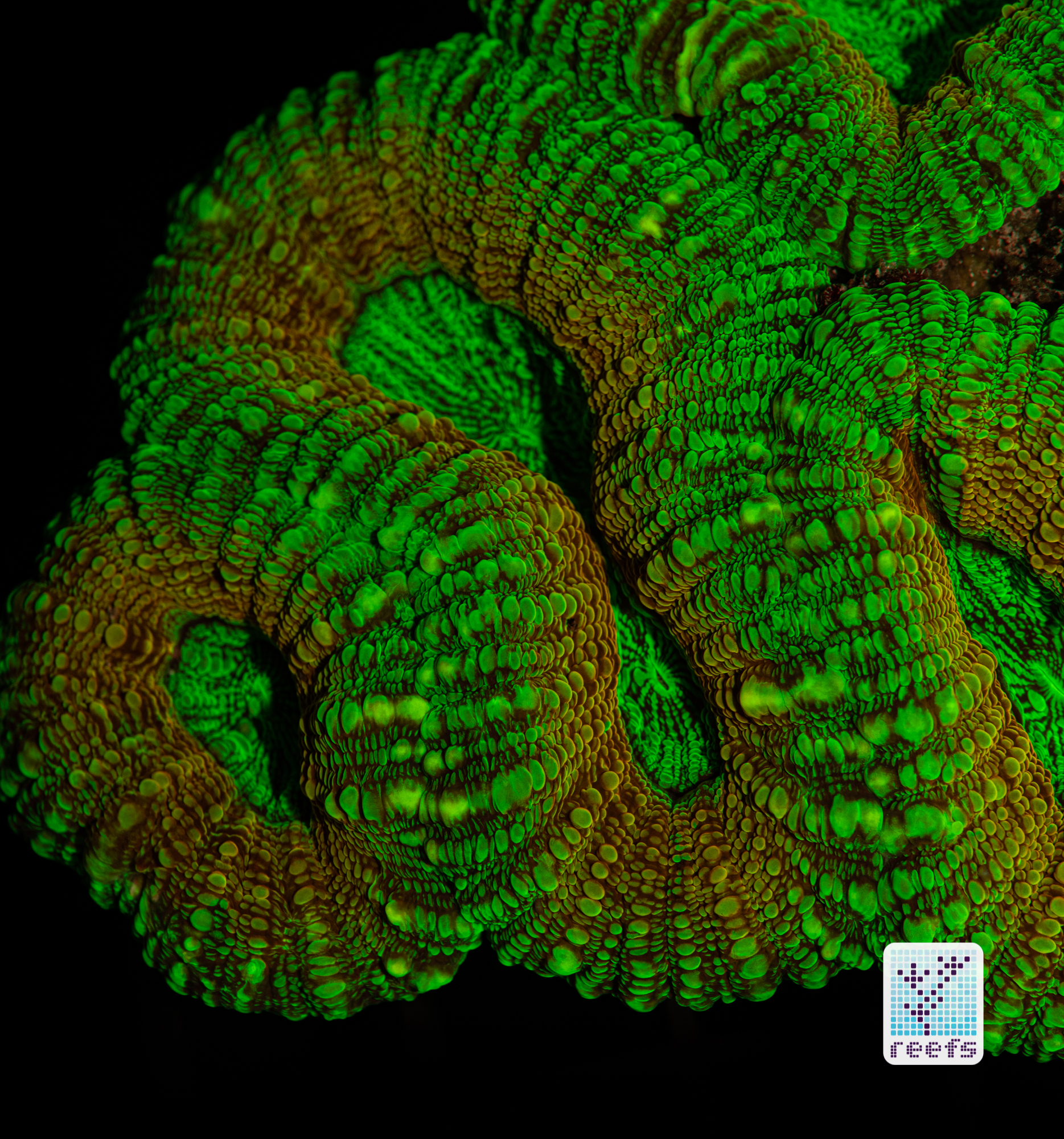 However, some substances, when excited with high energy particles such as UV light, release the energy back as light in the visible spectrum. There are several factors that determine if a given substance is able to re-emit light as fluorescence- the electron orbitals, the difference between electron’s excited and ground energy state, and others. It gets highly technical from here, so for the sake of this article’s integrity, I won’t jump into the details that I can barely comprehend myself. Instead, let’s look back at the mineral crystals- by itself, a mineral would not fluoresce, but some of them contain just the right type of “impurities”, usually in the form of rare-earth elements, cations of metals and even structural defects or organic impurities (Fluorescent Minerals Learn about the minerals and rocks that “glow” under ultraviolet light
Article by: Hobart M. King, Ph.D., RPG) that turn them fluorescent. 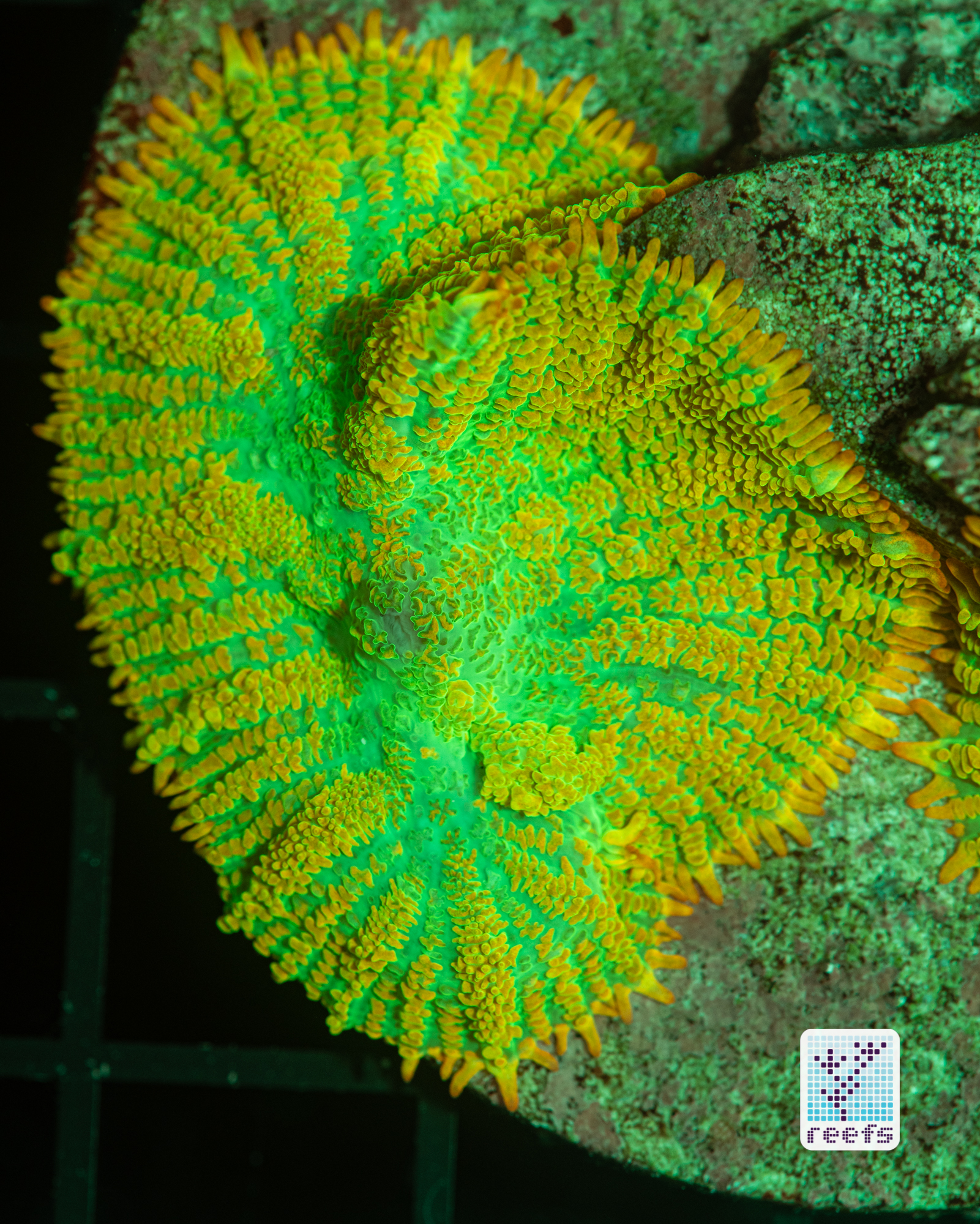 When you look at fluorescence from this subatomic perspective, it seems like the phenomenon doesn’t serve any higher purpose per se; that it simply is a random property some substances are equipped with, or even a weird byproduct of molecules and atoms reacting with light. What about corals then?

It’s hard to scientifically decipher that dilemma. First of all, not all corals are fluorescent. You can have two morphs of the same species, one will be fluorescent green and the other won’t give any light back to you.  There are, however, several theories, some backed up by field observations, that may explain why some corals fluoresce. The one repeated the most in articles I’ve read states that corals produce the fluorescent proteins in their tissue to keep the harmful UV radiation from the sun from reaching and destroying the zooxanthellae algae they live in symbiosis with- like a coral’s natural sunscreen. That explanation works for shallow water-dwelling species, but some light-starved deepwater corals also boast mind-boggling fluorescence. 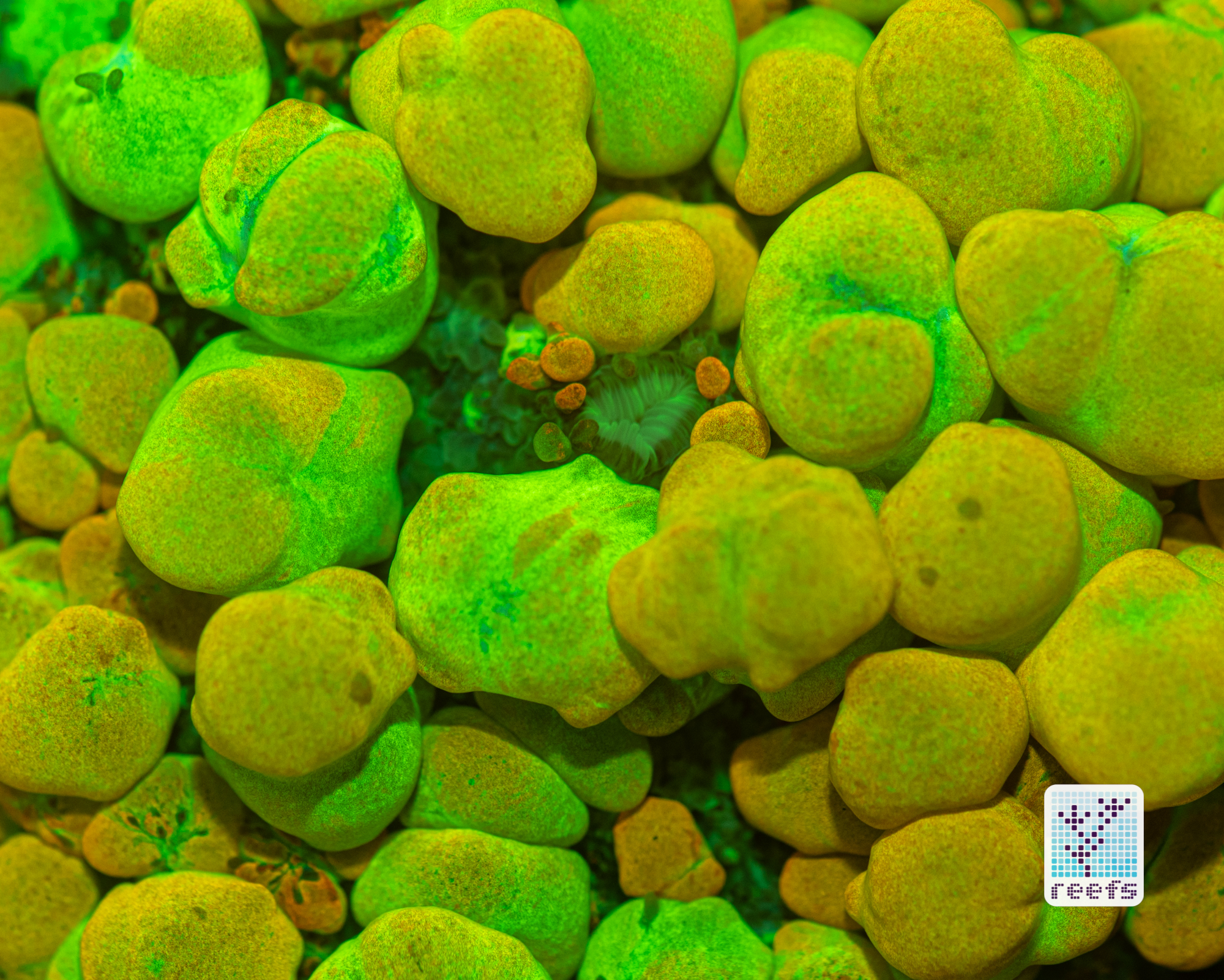 According to the study from 2017 by Edward G. Smith, Cecilia D’Angelo, Yoni Sharon, Dan Tchernov, and Joerg Wiedenmann,  posted in The Royal Society Publishing,https://royalsocietypublishing.org/doi/full/10.1098/rspb.2017.0320#d3e1220, deepwater corals, suffering from a light deficiency (only wavelengths of the blue side of the spectrum reach these depths) may use fluorescence as a tool to convert the blue light into orange-red. However, as we aquarists know, photosynthetic corals have no problem utilizing blue light for photosynthesis. Why would corals convert the light from blue to orange-red when it’s the former that’s used primarily by zooxanthellae? The scientists suggest that it’s a strategy to harness as much light energy by corals as possible- while blue light is excellent at penetrating saltwater and for photosynthesis, it’s the red and orange wavelengths that penetrate coral’s tissue more effectively. Therefore, fluorescent deepwater corals use the trick to gather the maximum amount of light for their algae to convert it to life-giving sugars. 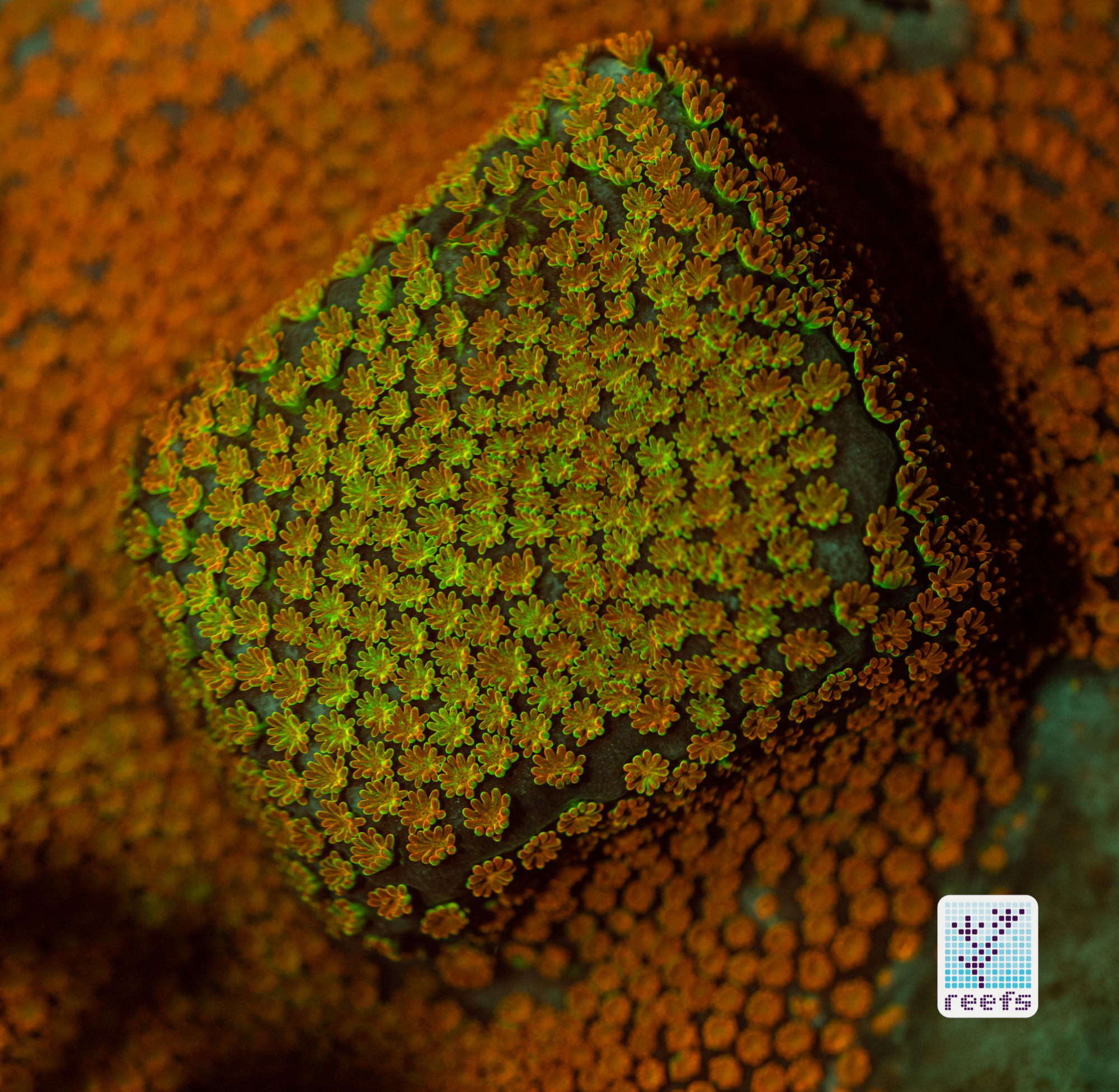 Interesting idea, but the jury’s still out- some scientists argue that we may be focusing too much on coral fluorescence as some function corals use for their advantage, while in reality fluorescence could be nothing but a byproduct of the “light gathering” the zooxanthellae is engaged in. One way or another, it’s a fascinating topic and we can only hope for more research to be funded so one day we’ll have a definitive answer on the role of fluorescence in corals.

We have one final question to answer: how do we best photograph fluorescence in corals? Please join me for the final episode of Fluorescence Photography- MACNA Edition to find out how I do it. There will be more photography too, I promise. 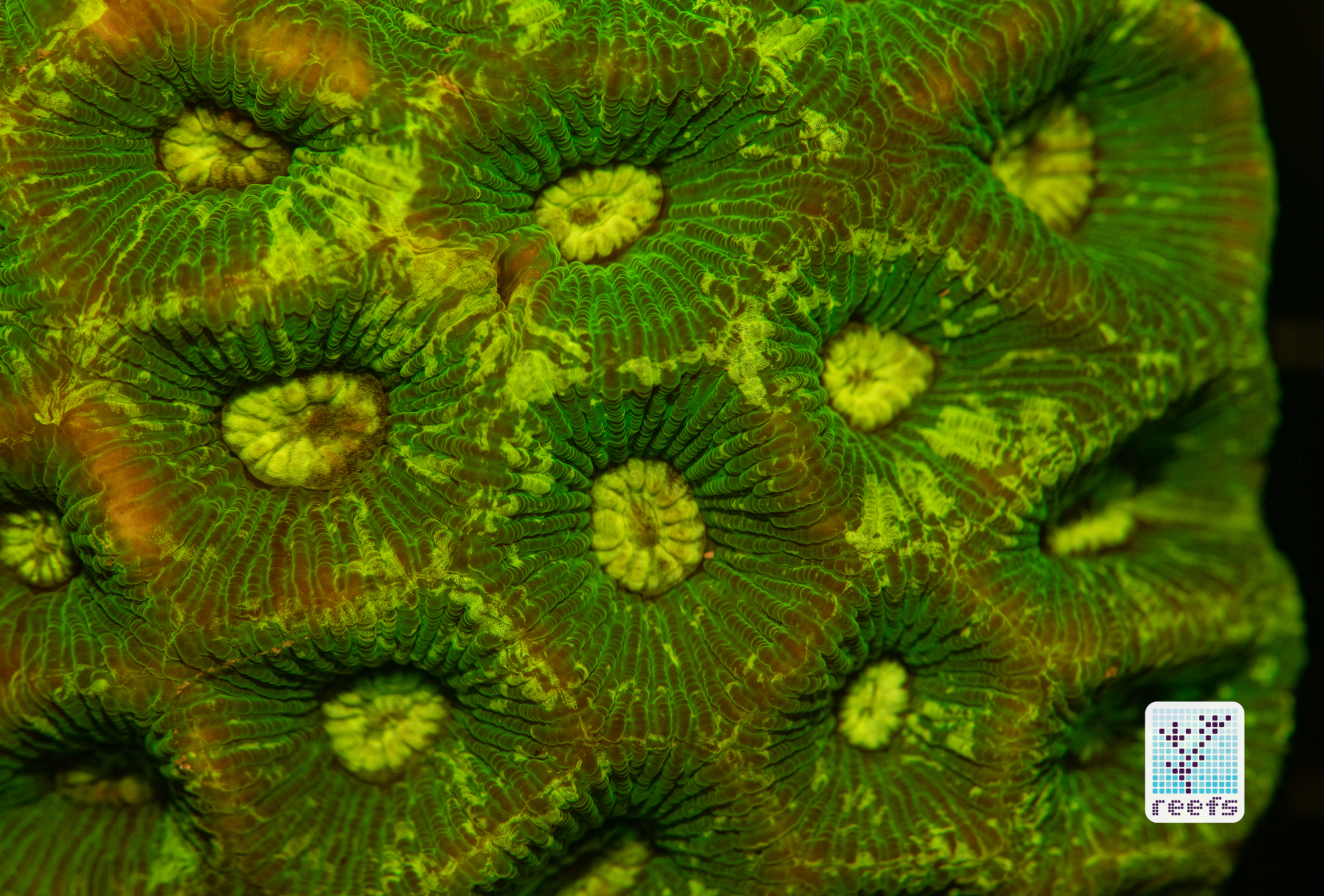 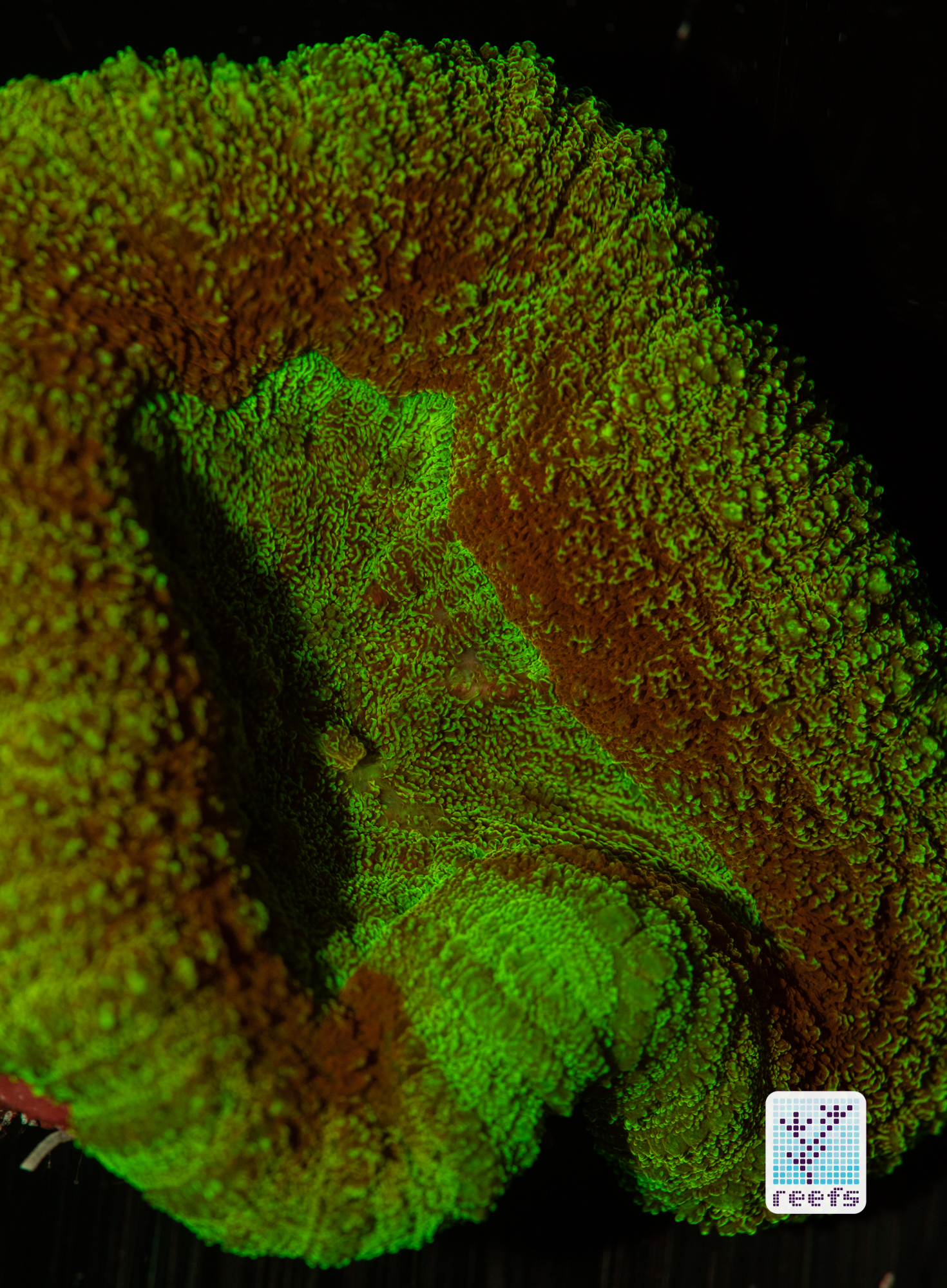 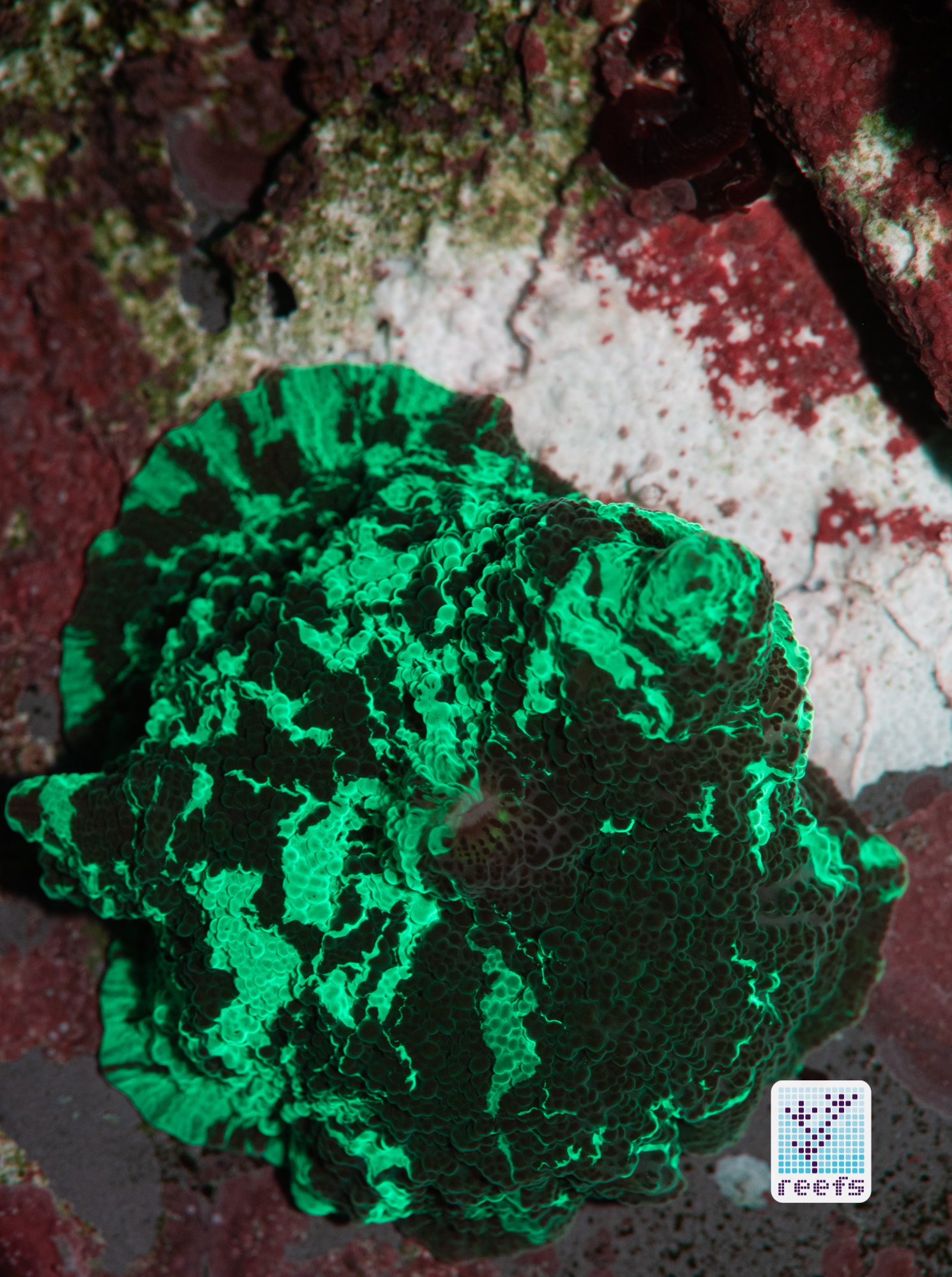 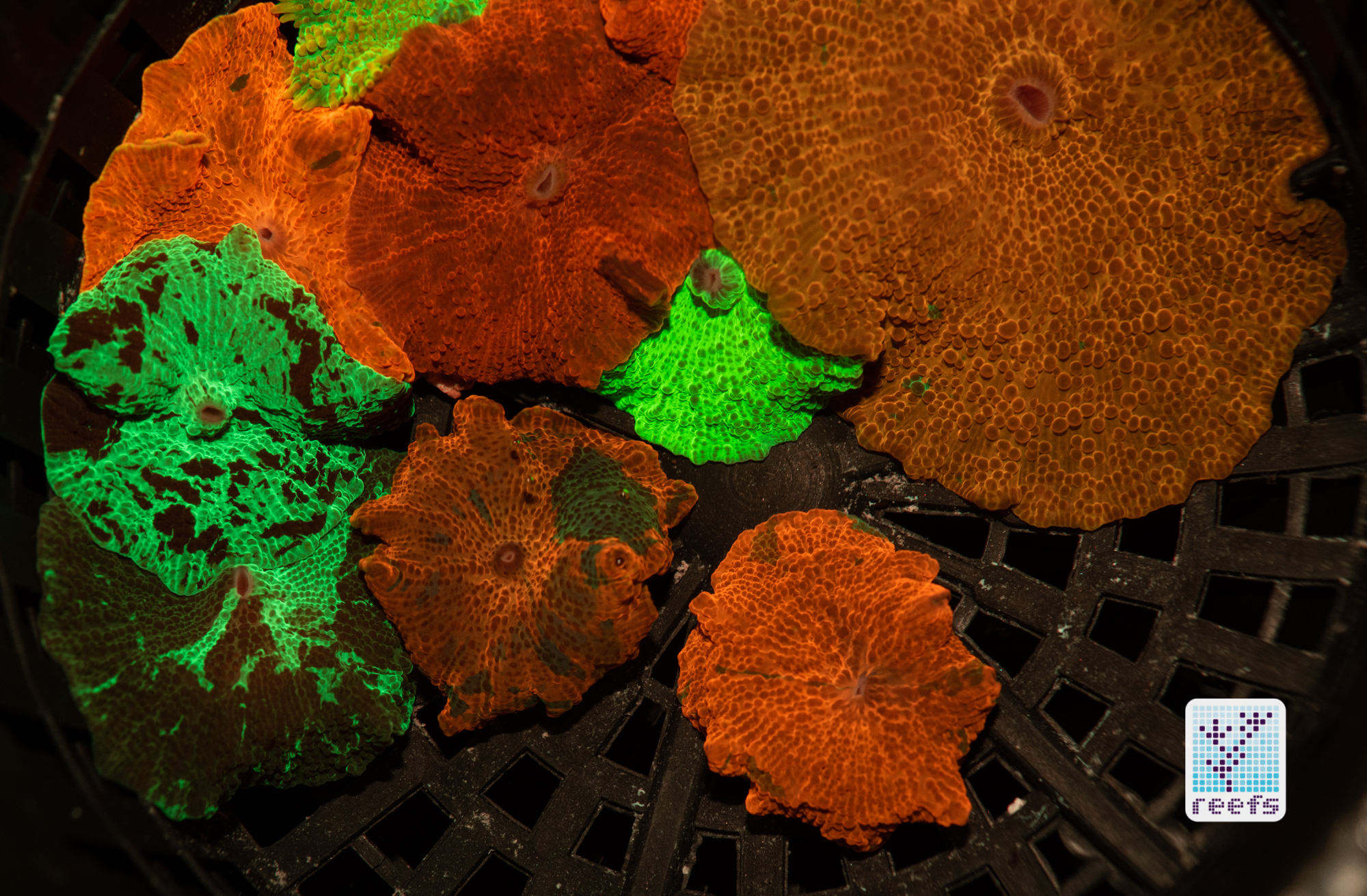 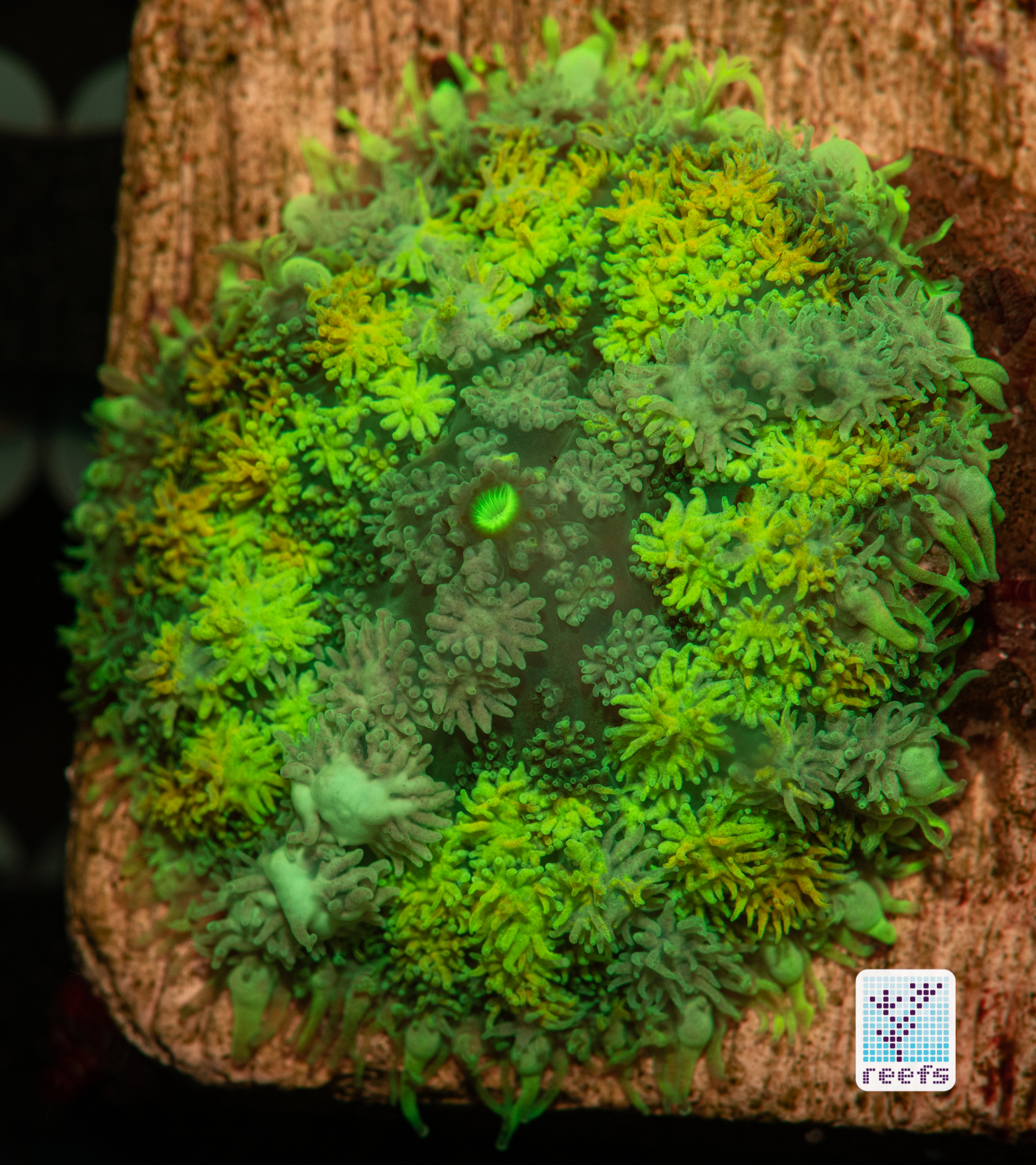 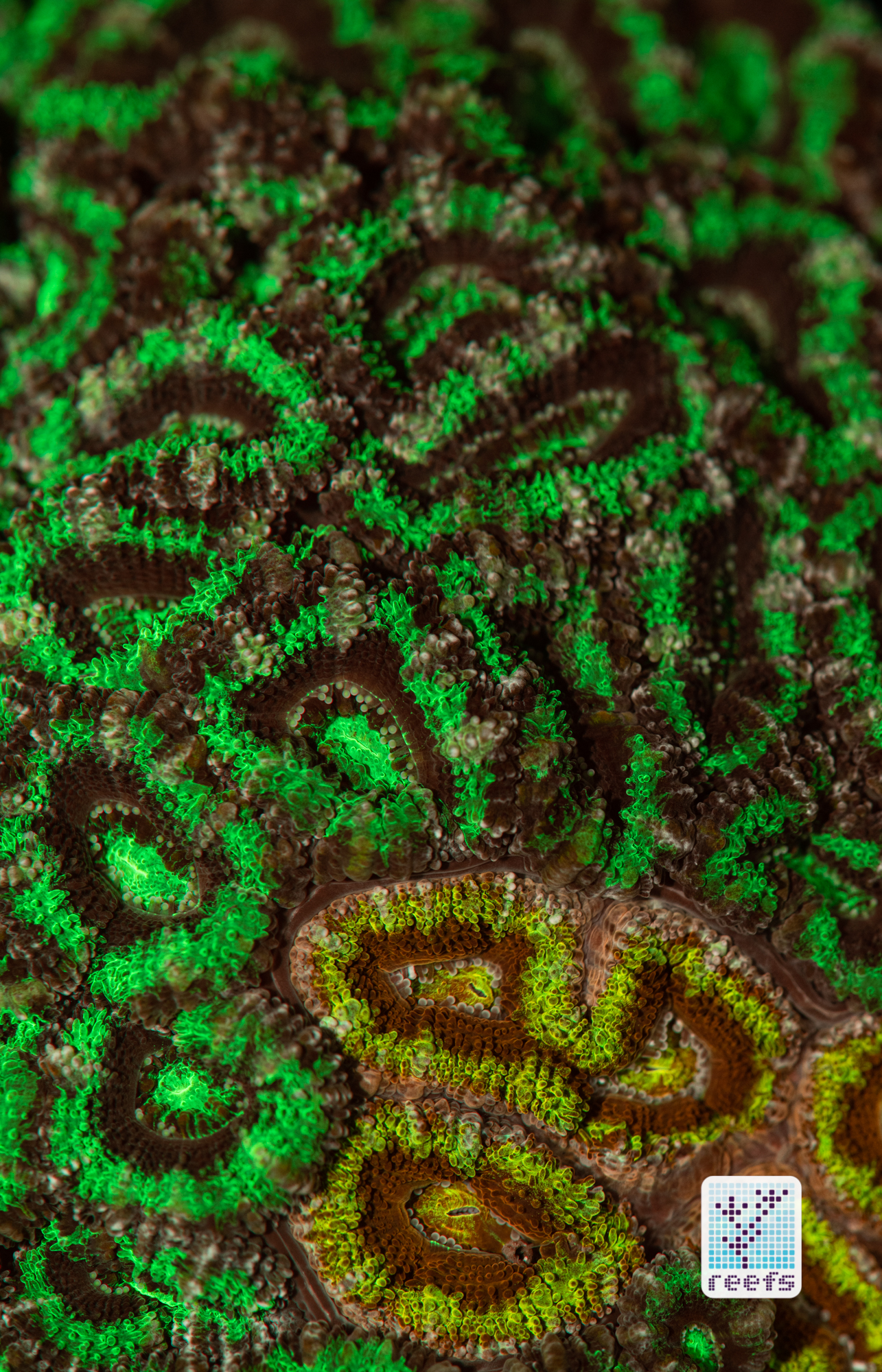 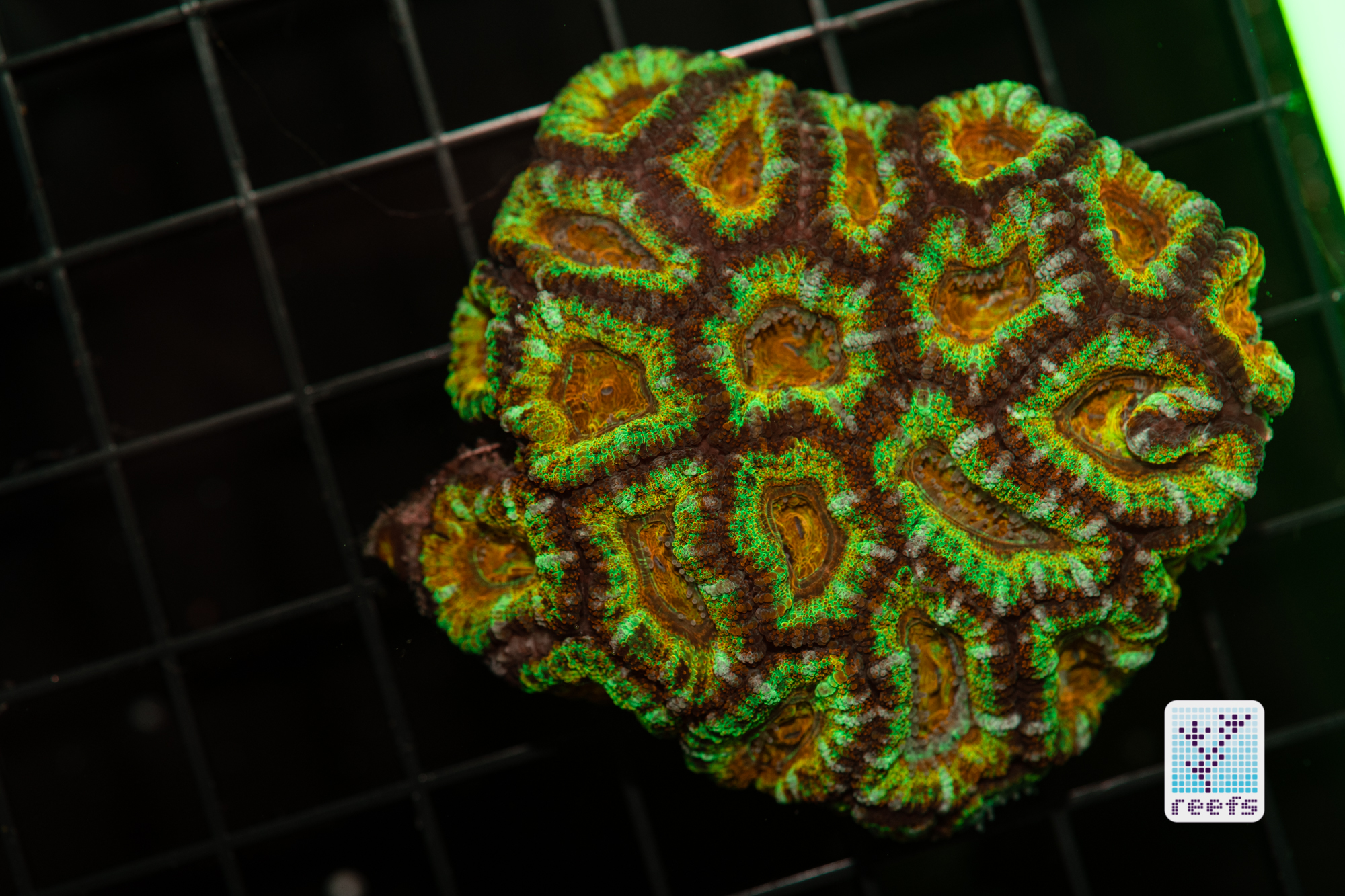 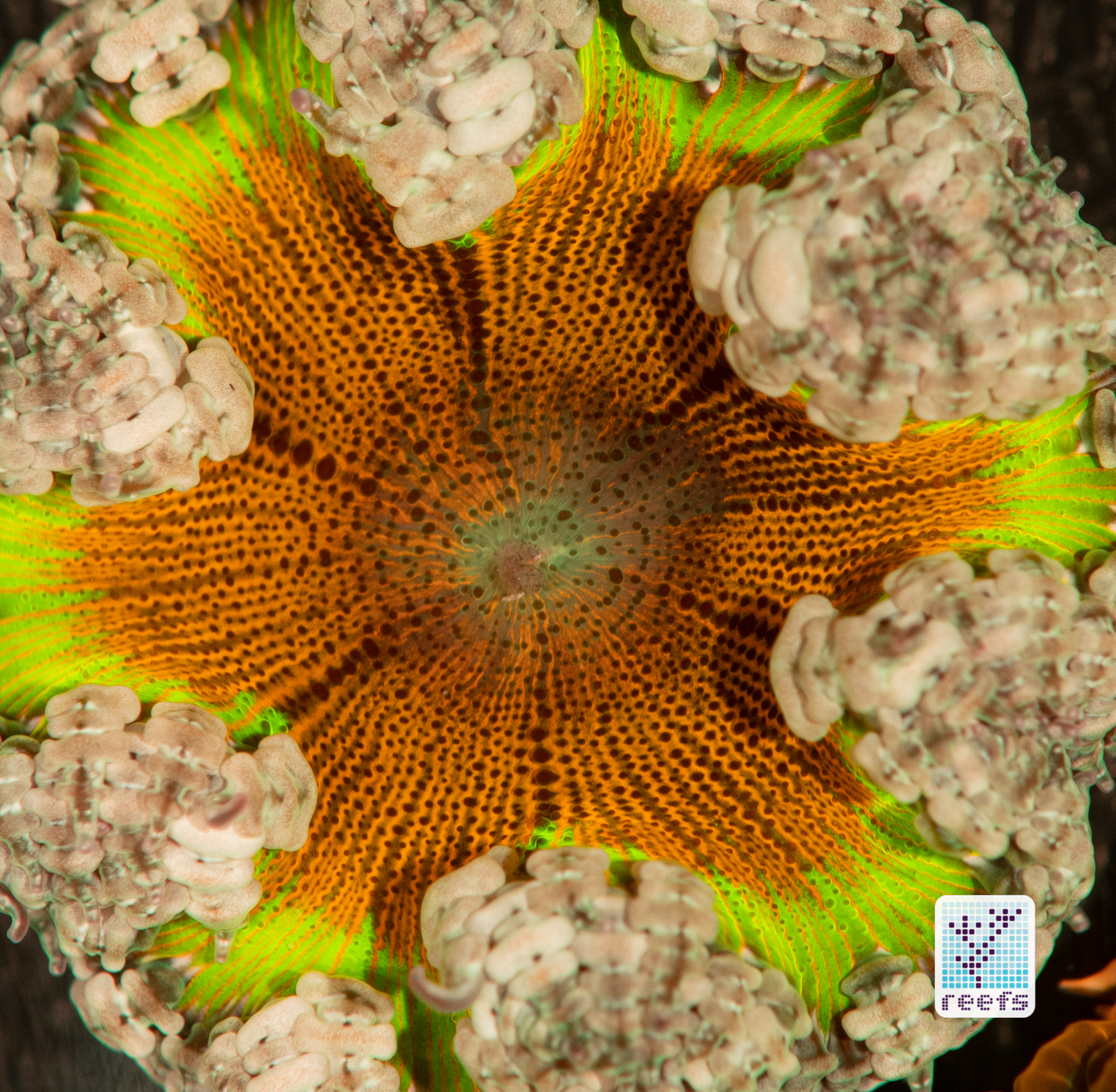 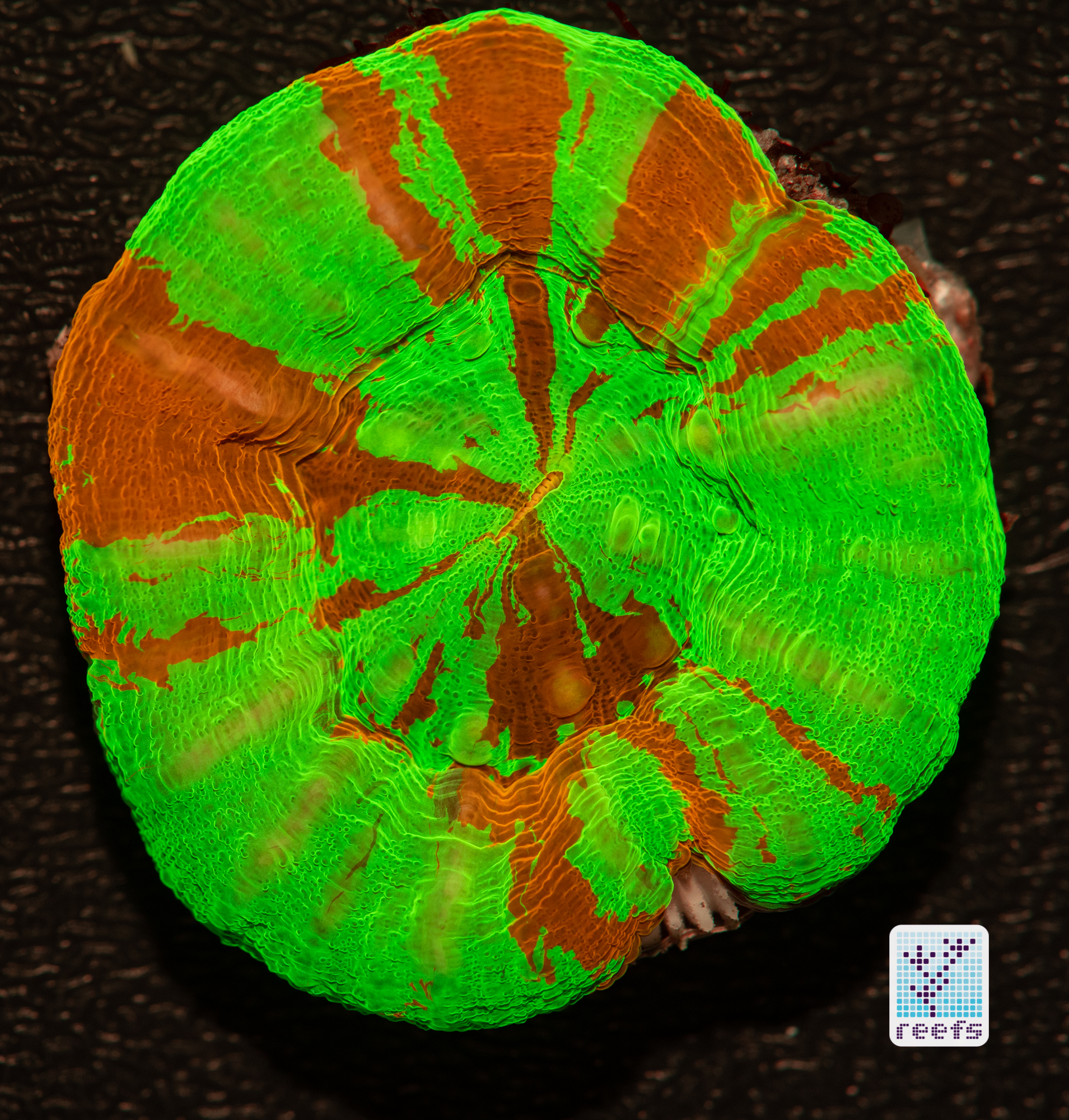 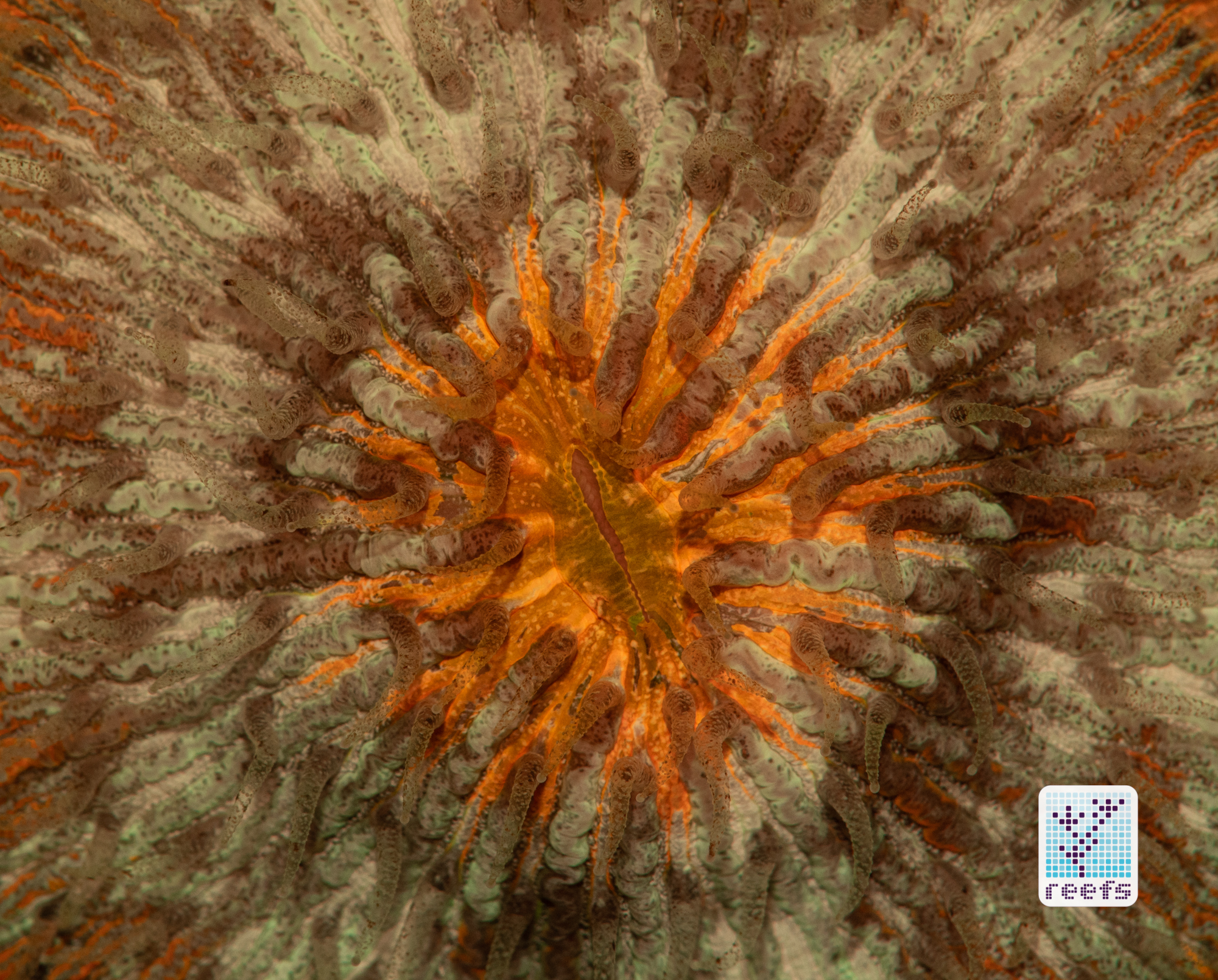 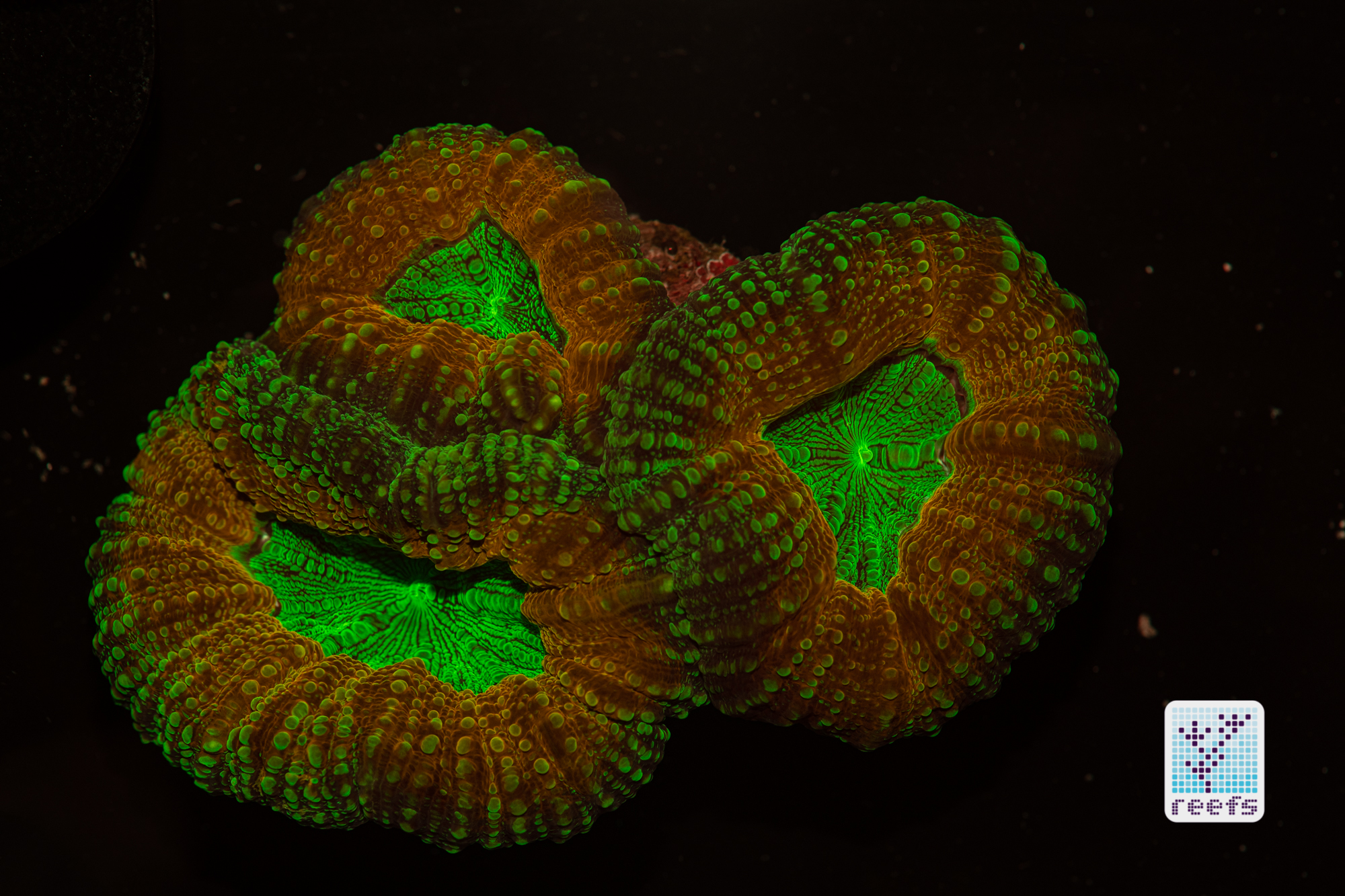 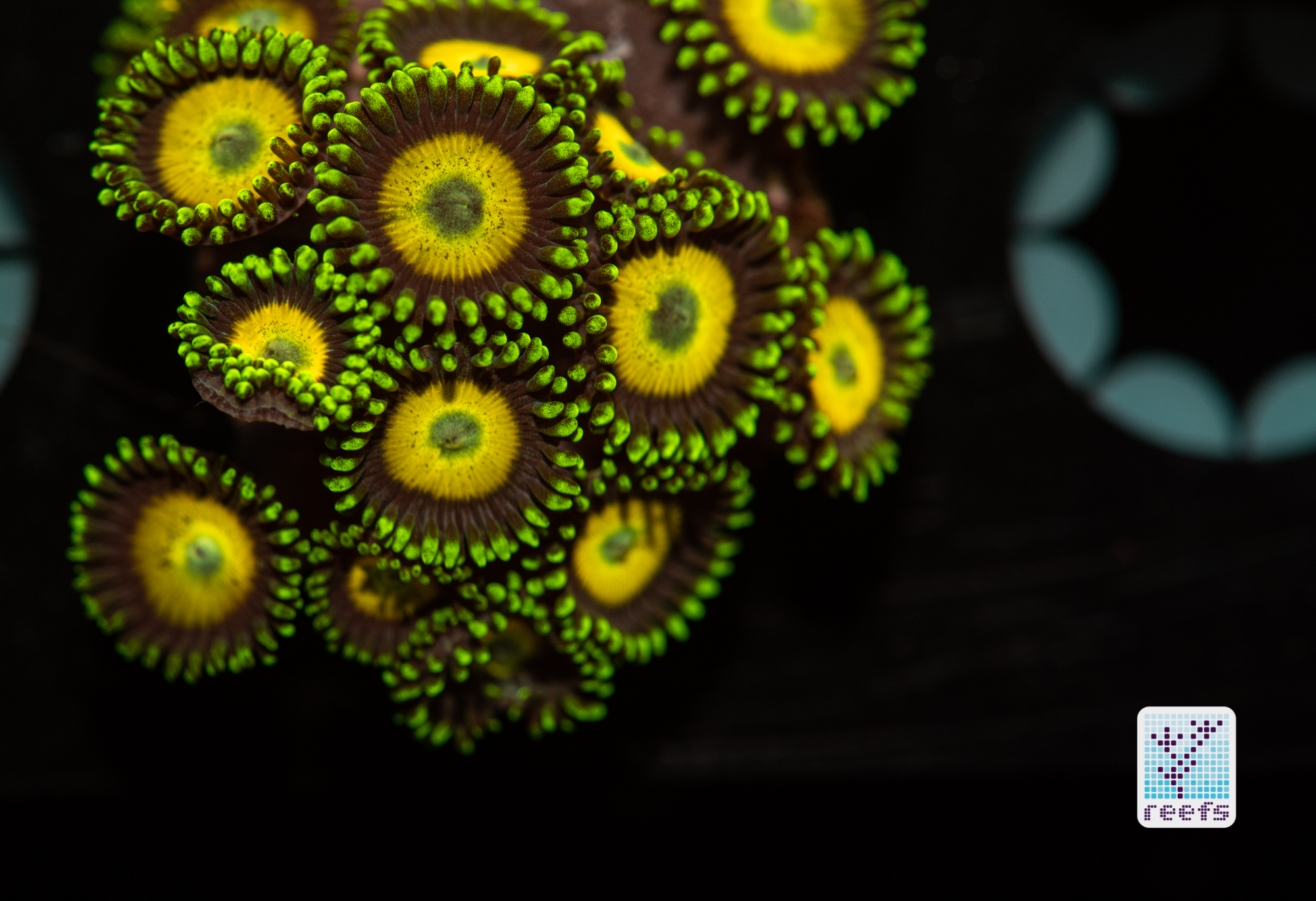 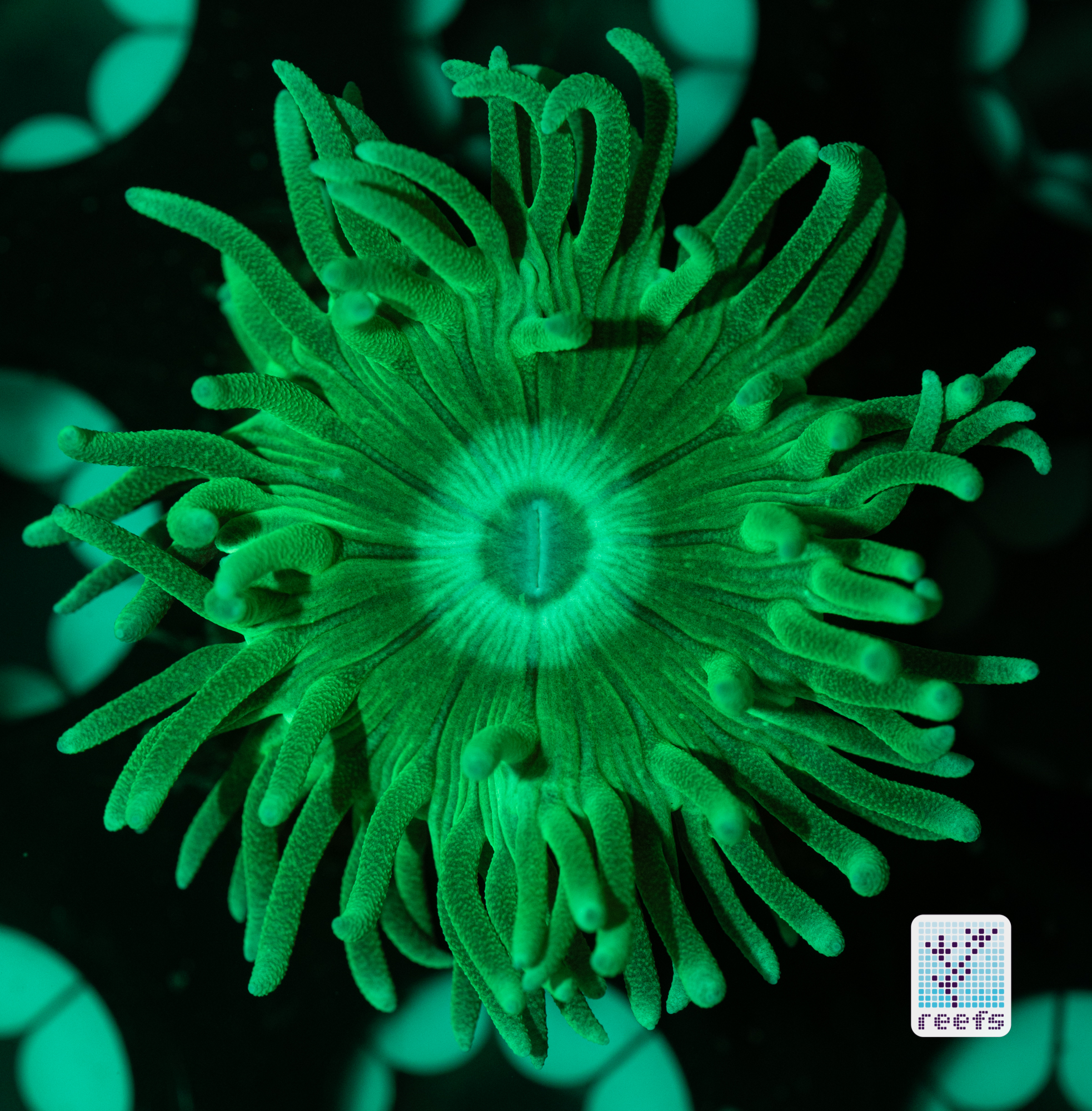 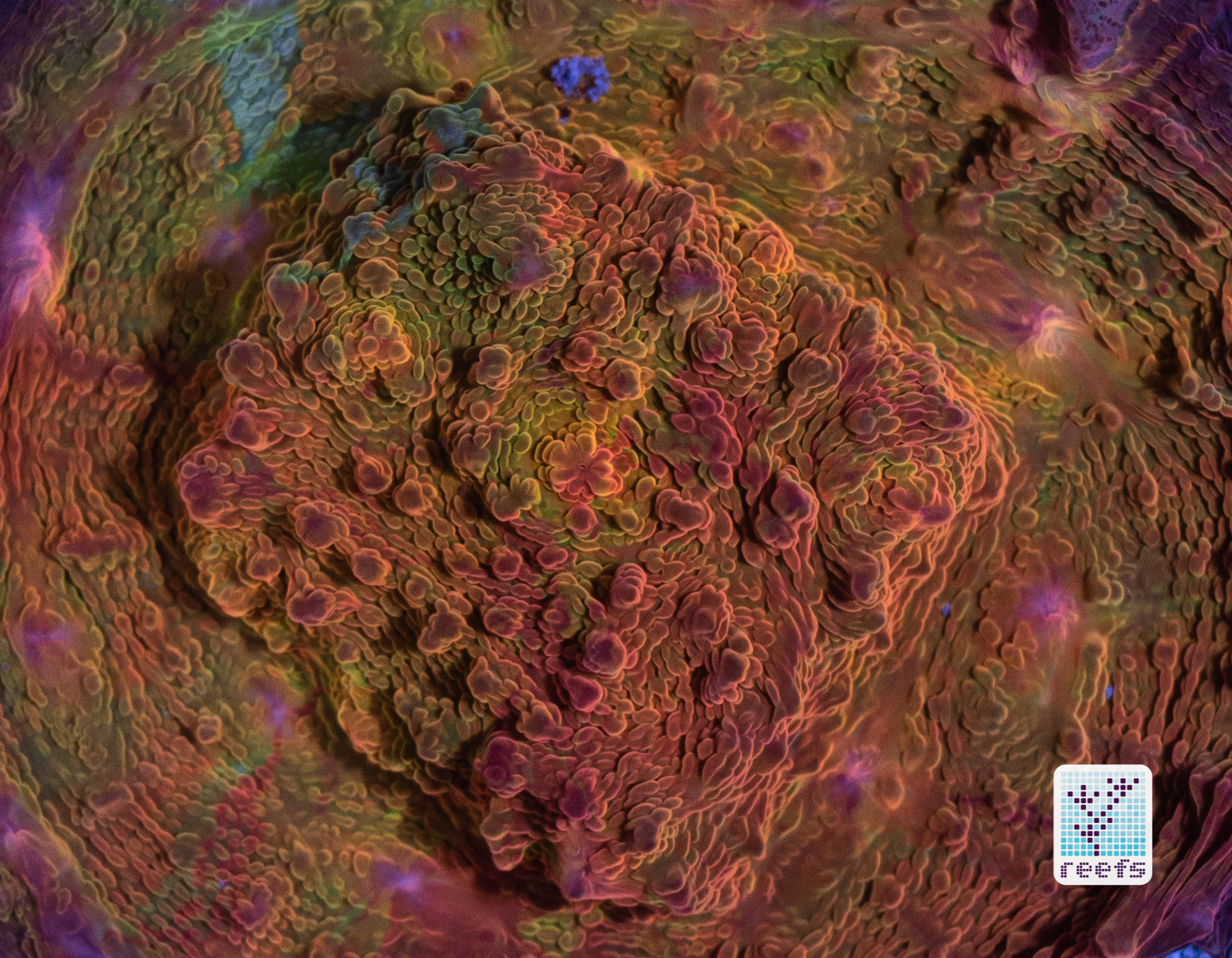 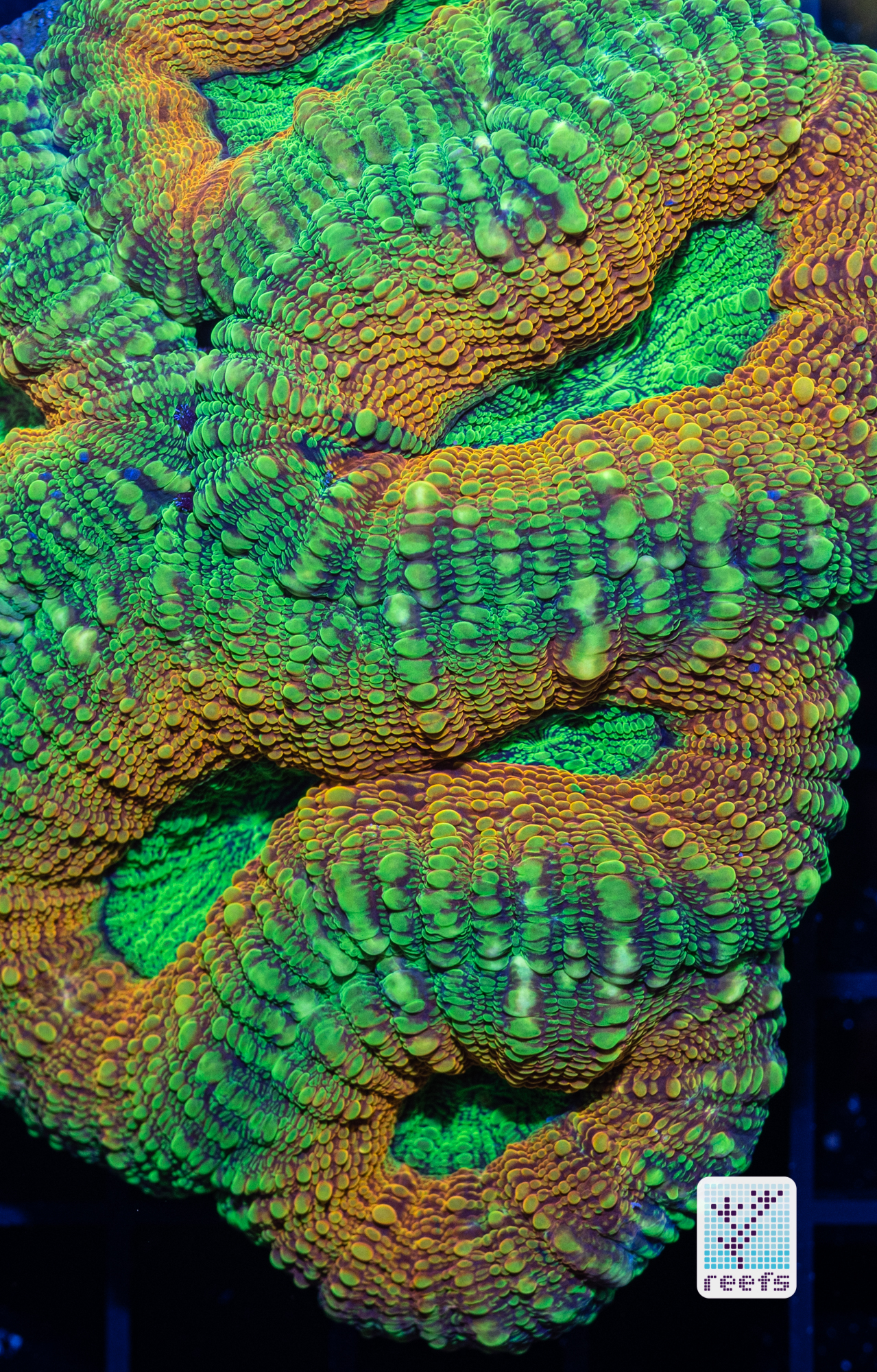 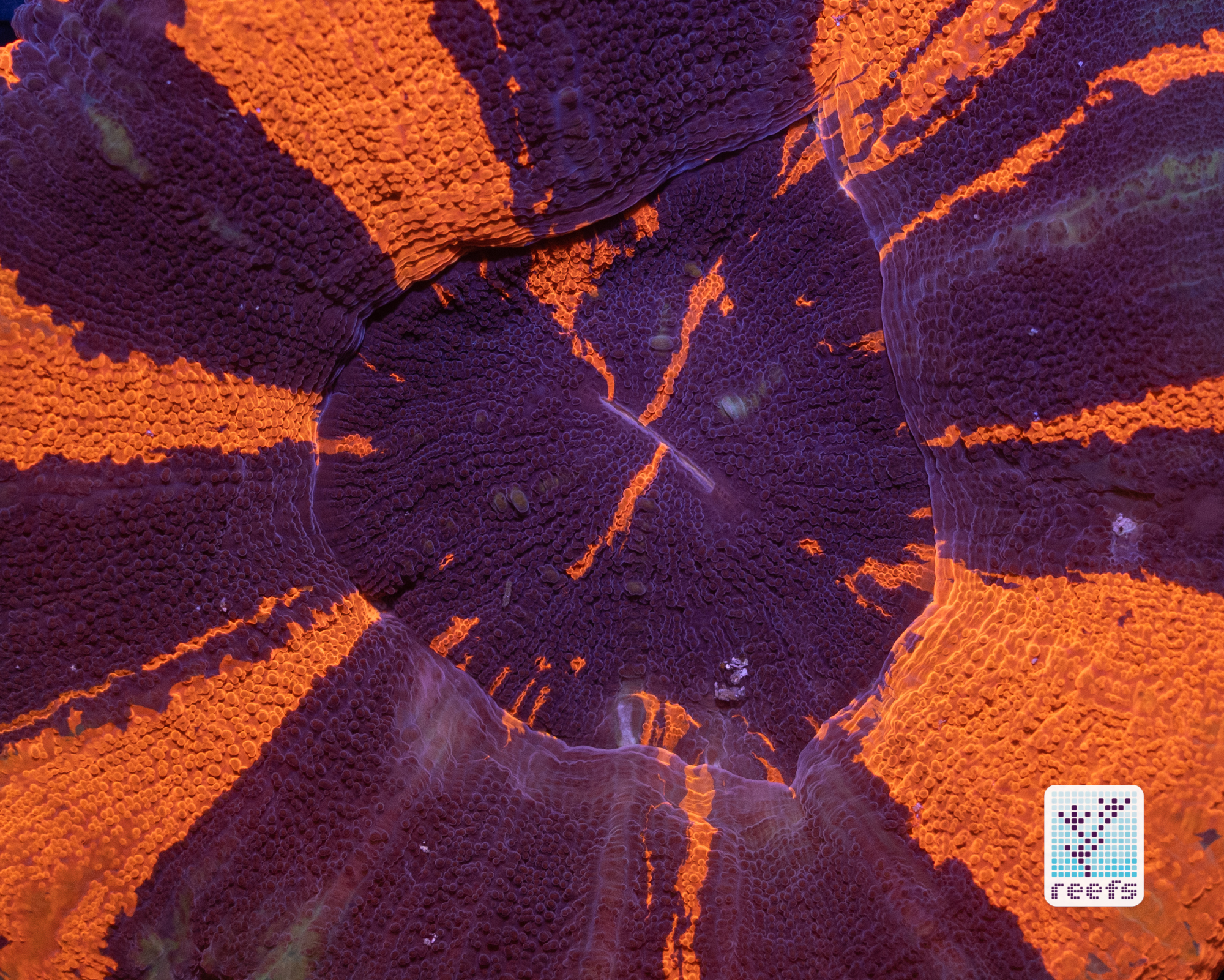 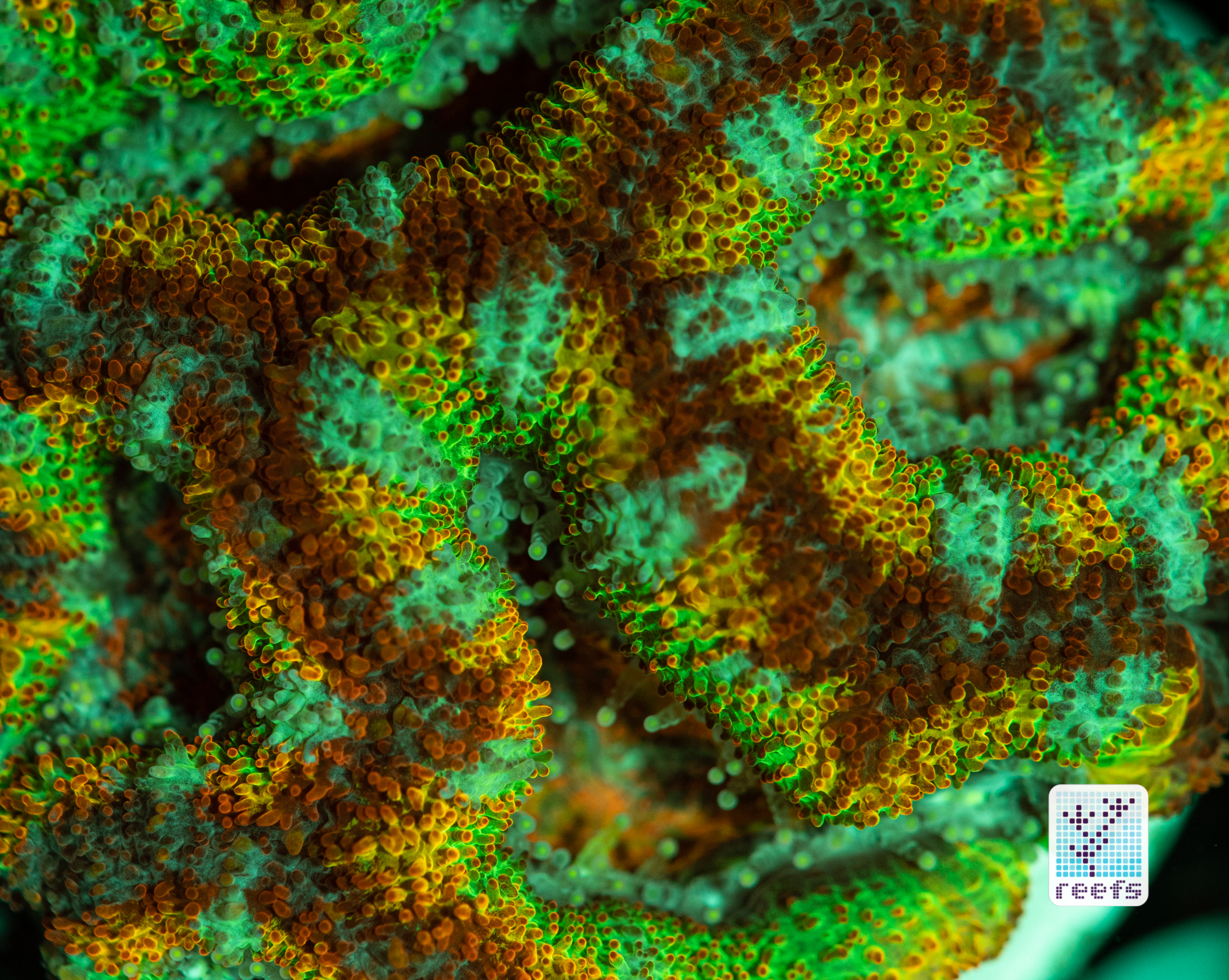 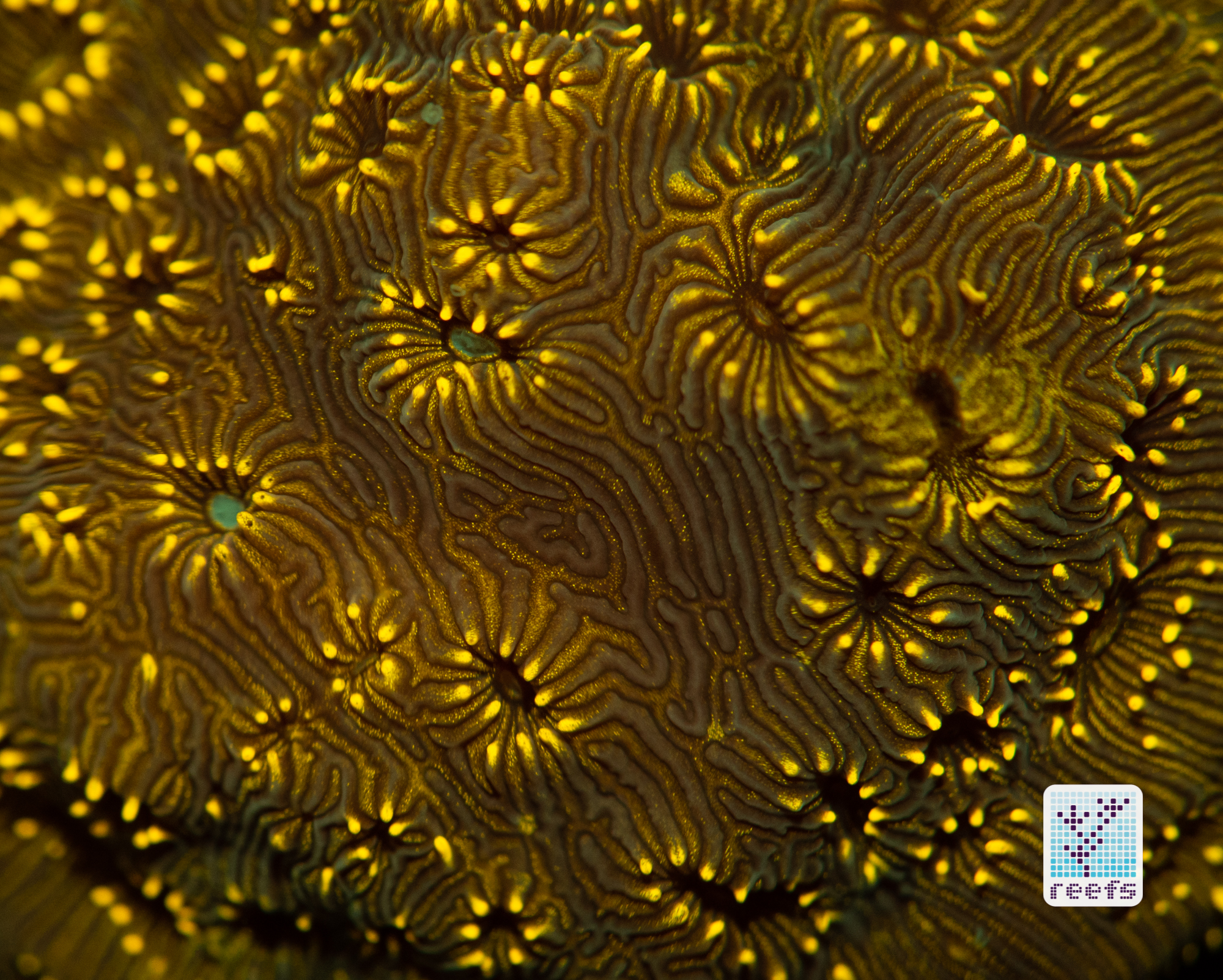 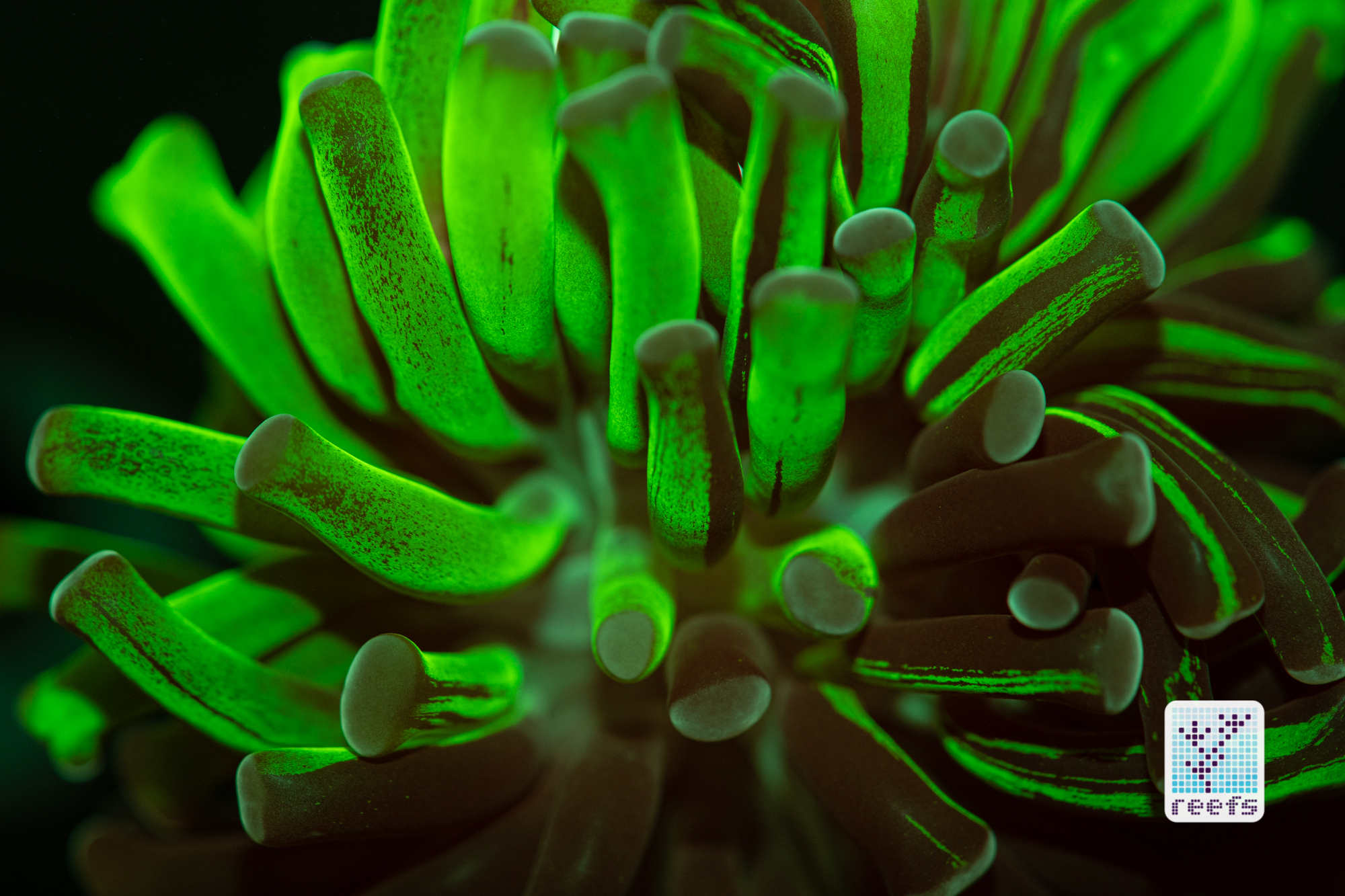