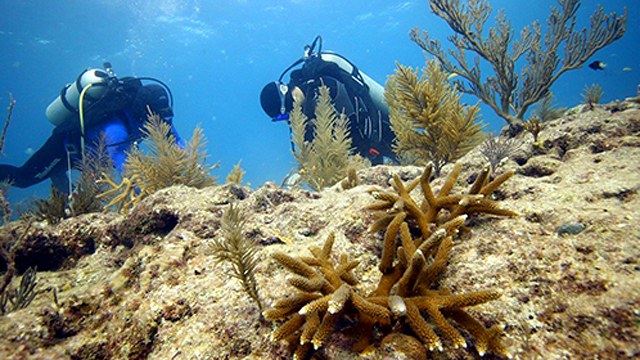 
REGROWING THE RAINFORESTS OF THE OCEAN

MONTREAL, CANADA (March 6, 2014) – Fluval is proud to announce it is signing on as the newest sponsor of the Coral Restoration Foundation (CRF), commencing with a $5,000 donation.  Rolf C. Hagen Inc. (proprietor of the Fluval brand) is the world’s largest privately-owned, multinational pet products manufacturer – a family company driven by the common bond of love and compassion for animals.  Hagen’s donation will benefit the non-profit CRF group in creating and maintaining offshore nurseries for threatened coral species.

Creator of the popular Fluval Sea line of aquarium products, Hagen has already taken a direct interest in the research of coral reefs and their benefits to life on land and off.  Coral reefs are often referred to as “rainforests of the ocean” – a fitting term given that these beautiful and highly threatened ecosystems support the most diverse habitats of sea life.  It’s estimated that these undersea gardens sustain about one quarter of all ocean life, although they take up less than two percent of the sea floor.

Ken Nedimyer, CRF Founder, states, “The Coral Restoration Foundation is very excited to have Fluval on board as a sponsor.  Their support will help us replenish an important ecosystem to ensure the survival of many fish and invertebrates. Having Fluval join us on a recent dive goes to show just how committed they are to protecting ocean life, not to mention the enjoyment of the aquarium hobby itself.”