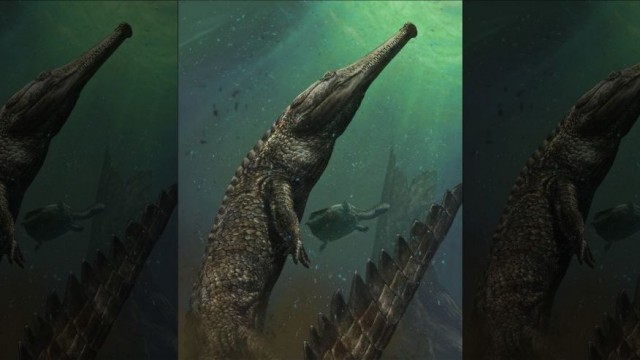 Paleontologists have discovered the fossil remains of the world’s biggest ocean-dwelling crocodile buried on the edge of the Sahara, a creature that was twice the size of anything seen today. Named Machimosaurus rex, this croc would have weighed in at least 6,600 pounds and been around 32 feet long. Other than its size, it would have looked much like a modern day crocodile except for its narrow snout – which was designed to allow it swim in the ocean.

It would have been the top predator in what was then an ocean that separated Africa from Europe about 130 million years ago. “This is an incredibly big crocodile. It is twice as big as a present day marine crocodile,” University of Bologna’s Federico Fanti, who was part of the team that made the discovery with support from the National Geographic Society Committee for Research and Exploration, told FoxNews.com.
MORE