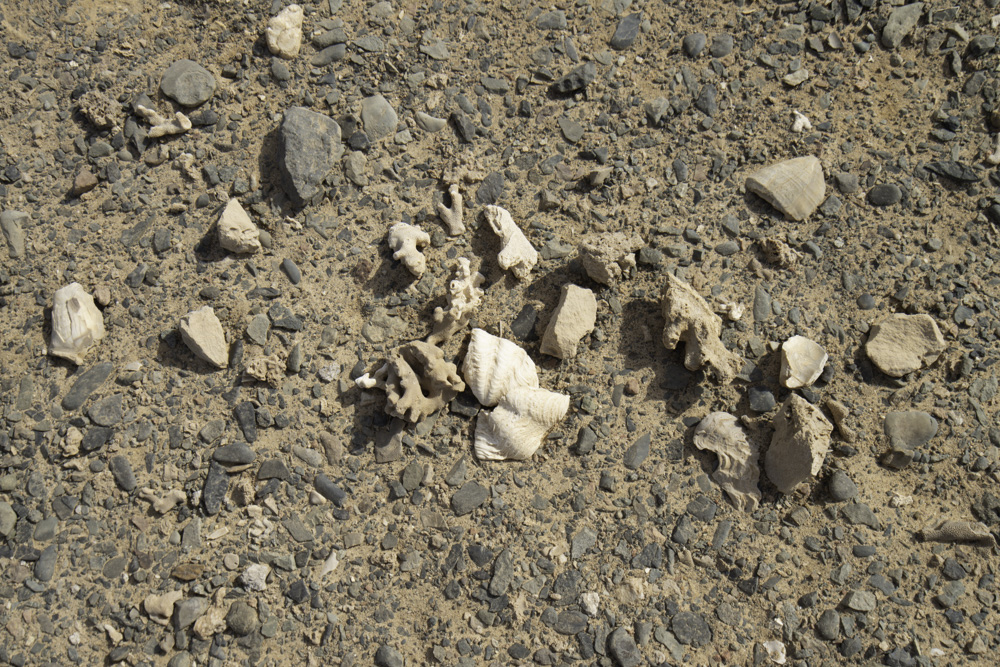 One of my earliest memories is being taken by my dad to see fossil shells in rocks, not far from my home in the north of England. At the time I couldn’t grasp the timescales necessary to take mollusc shells, sand, and mud and turn them into the hard sandstone that forms the Pennine hills. In more recent years my interest in palaeontology, formed so many years back, has joined with my fascination for coral reefs. 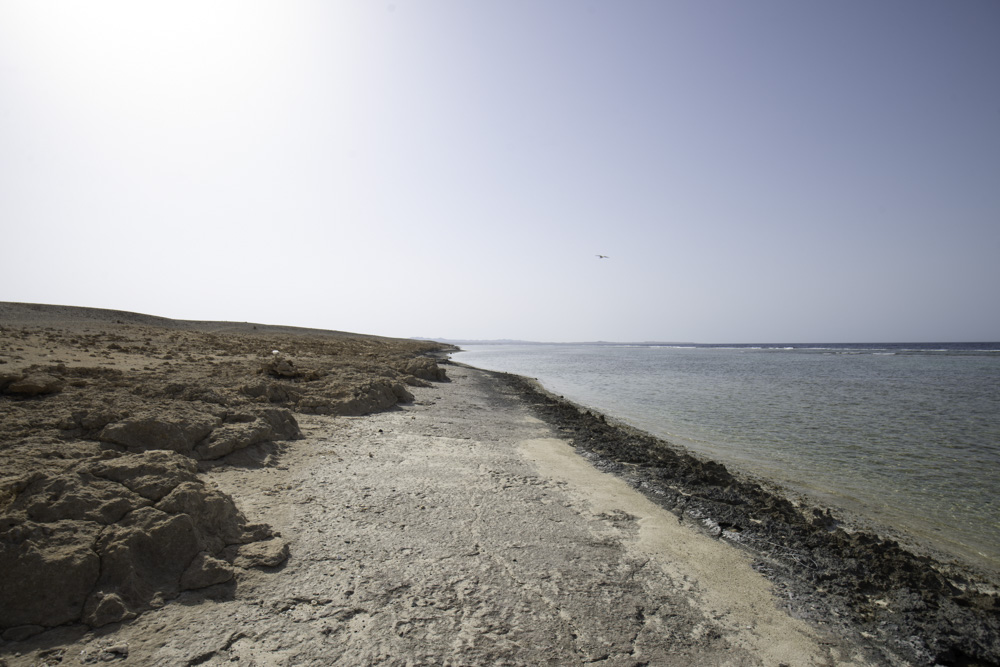 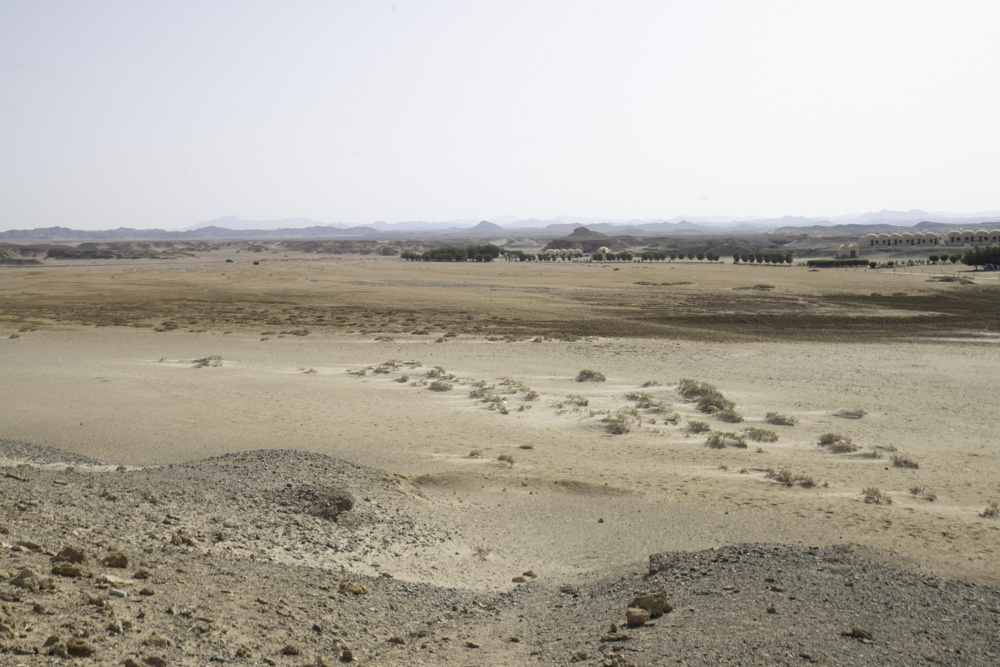 This shot of a wadi was taken from a fossil reef, that would at one time have been a fringing reef adjacent to a sandy bay.

When exploring the shores of the Red Sea you can easily see fossils in the rich honey-colored limestone. On many an occasion you can even see a shoreline raised above the present sea level by several meters and see where wave action undercut the rocks. Look closely at the rock and even earlier features are revealed: the shells of bivalves and gastropods and the skeletons of corals. 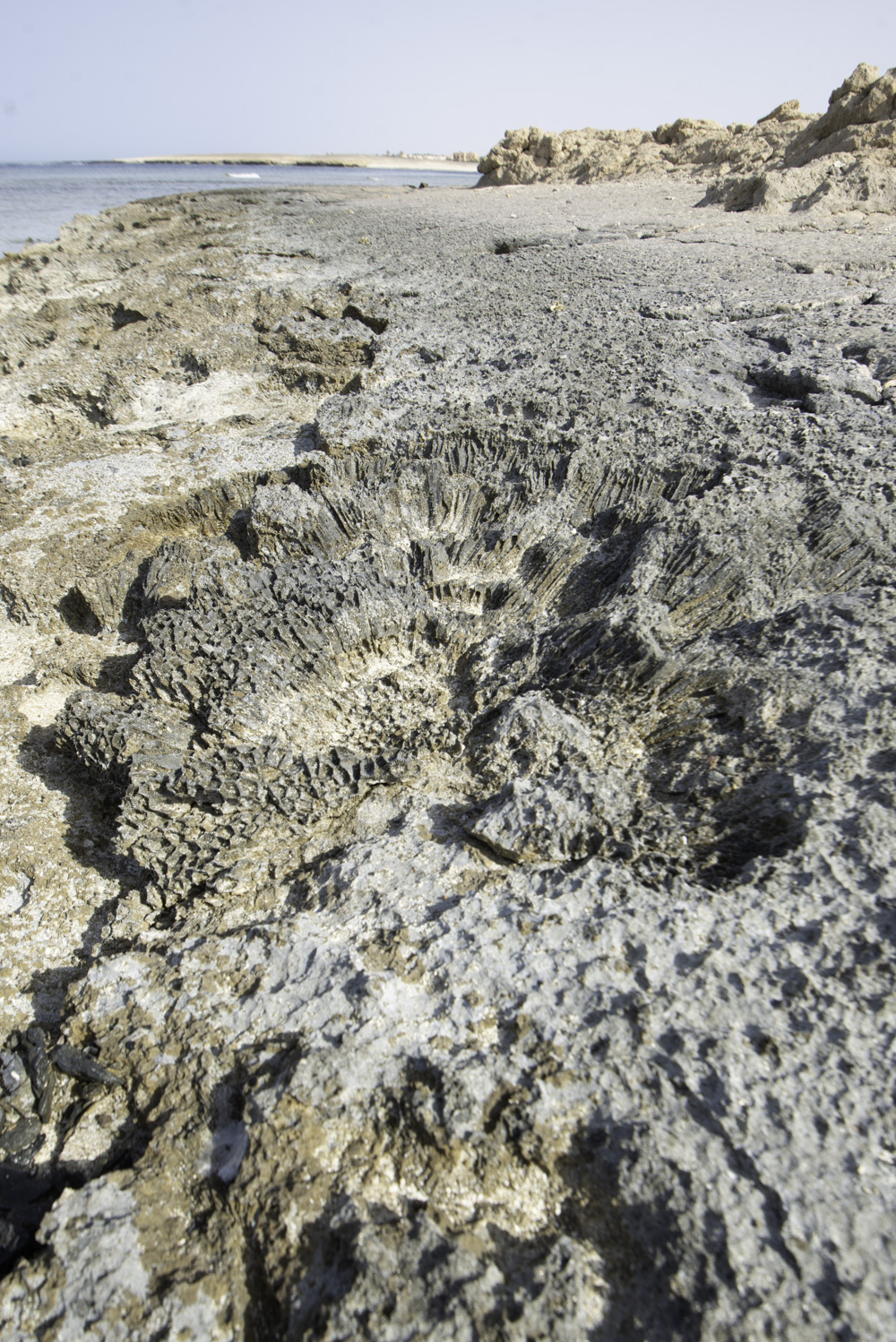 The sea level of this region has changed numerous times as the fault line at the heart of the Red Sea, coupled with the Ice Ages, has left fossil reefs high and dry, sometimes to be well above the sea and other times to form beaches where crabs pick algae from fossilized shells. 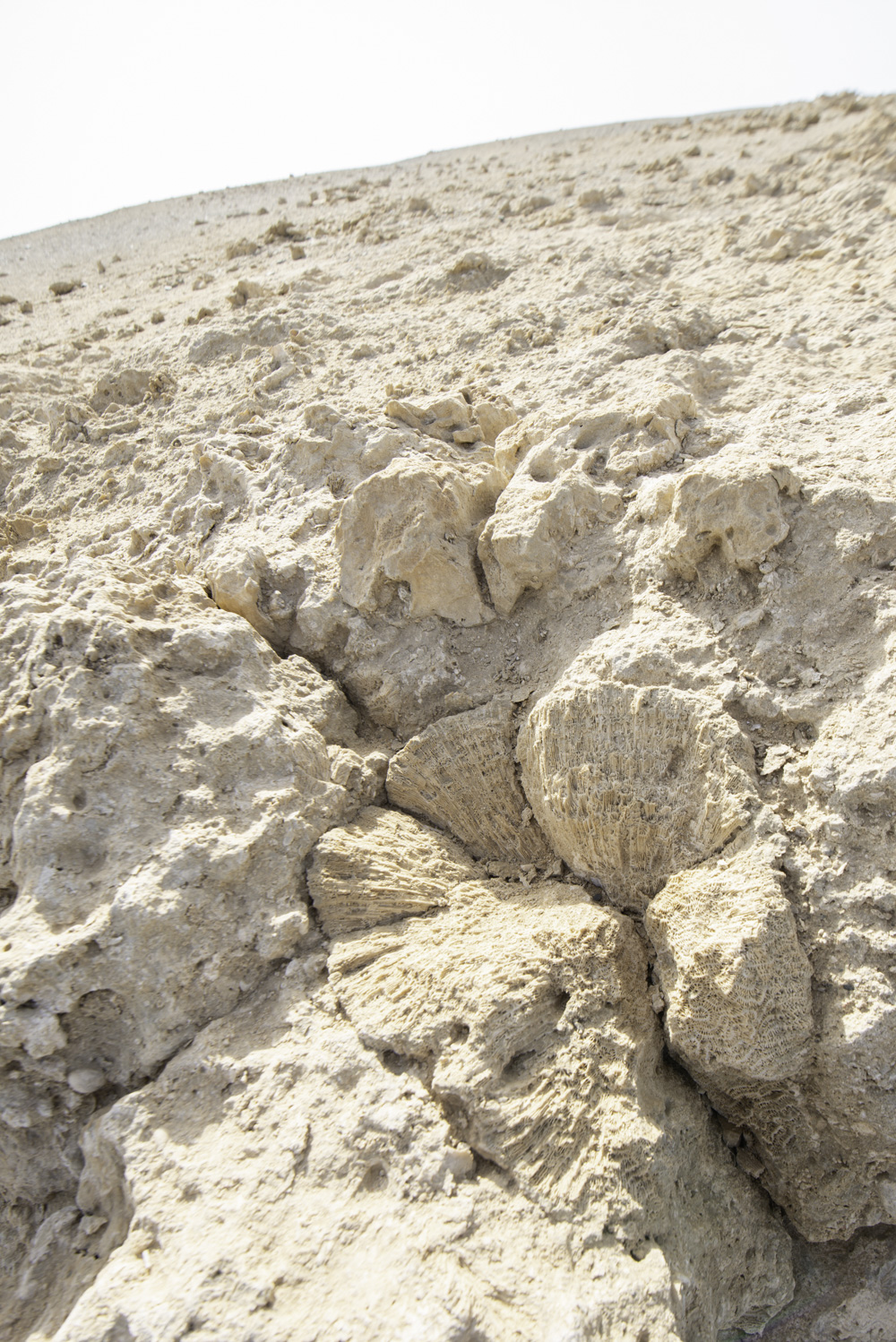 It is possible to find modern day shells washed ashore, resting with broken fragments of shells eroded from rocks thousands of years old.

I hope these images are as interesting to you as they are to me.