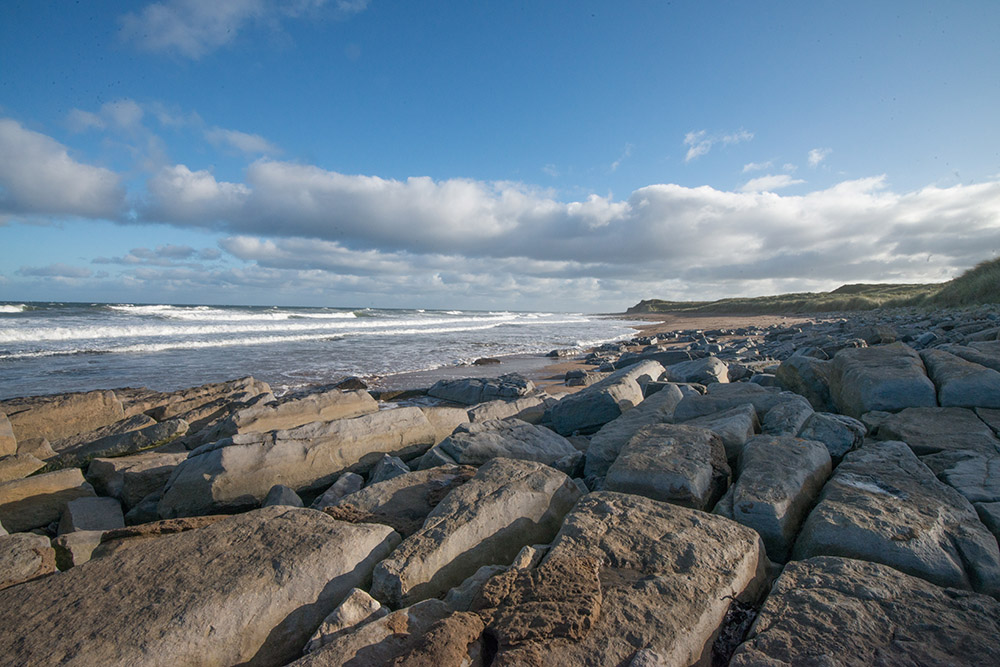 A little while ago, I posted some images of a fossil coral reef, a few miles from my home in Berwickshire, on Scotland’s east coast.  Since then I’ve explored a little further, even venturing into England, to find more fossils and ancient sea beds; I was delighted to find an old sea floor, full of those very weird starfish relatives, the crinoids. 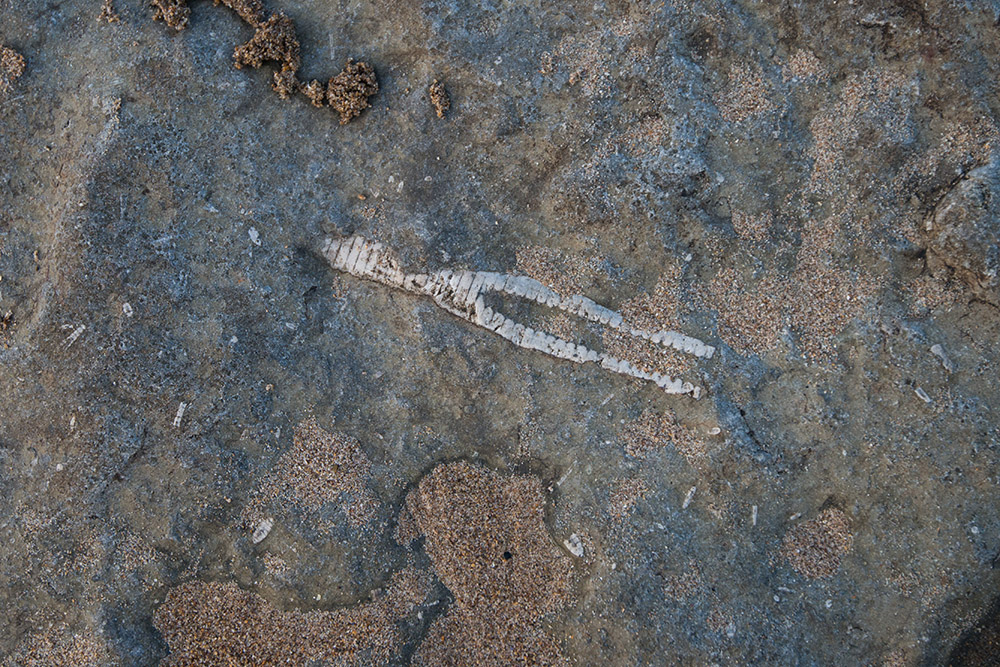 This fossilized reef appears to have been dominated by crinoids.  The photos show the remains of the crinoids’ stalks which lofted their flower-like heads into the currents. 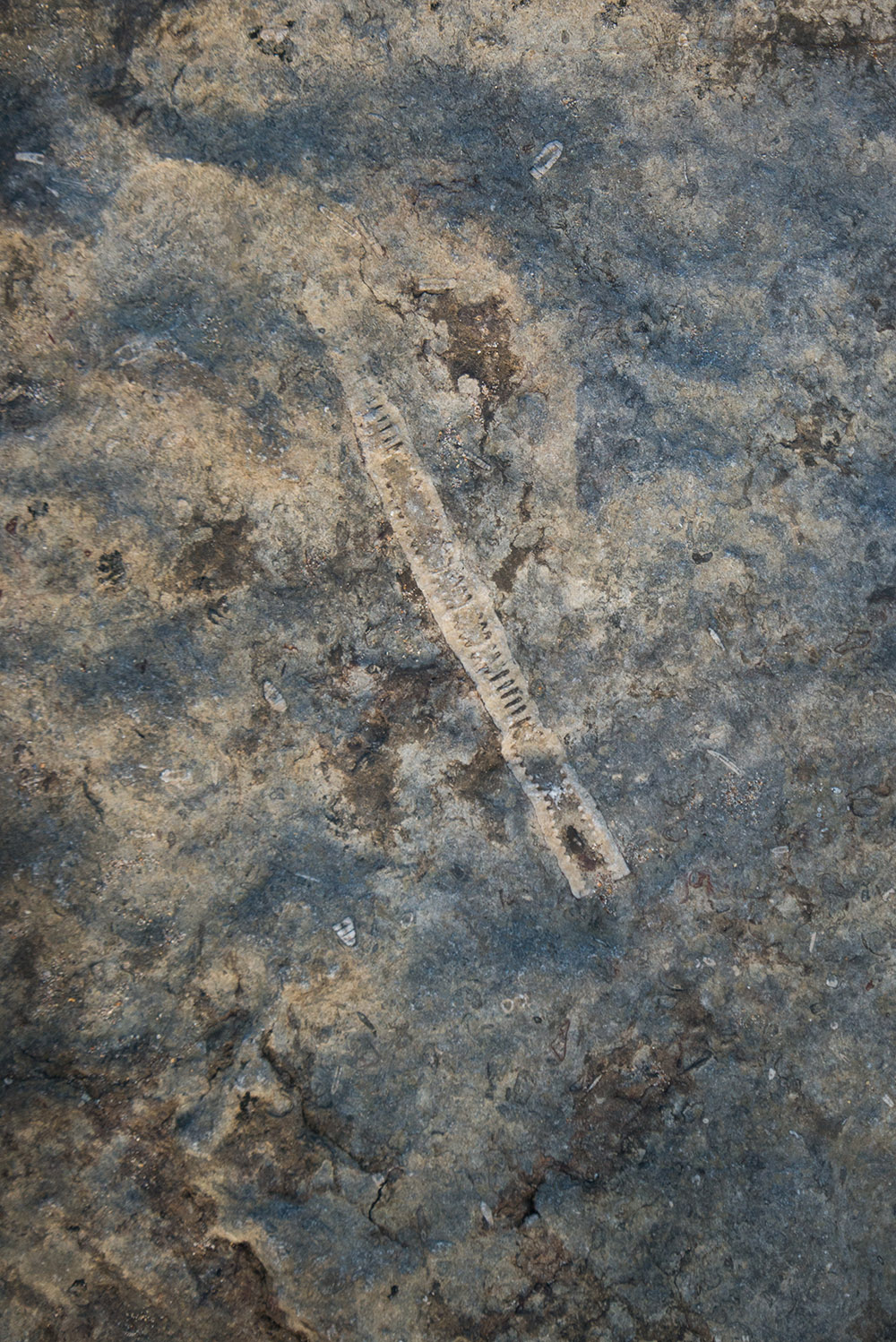 While these fossils are interesting and help us describe a long-vanished habitat, I had to turn to the internet to find some seriously impressive fossils to show you what these animals really looked like. 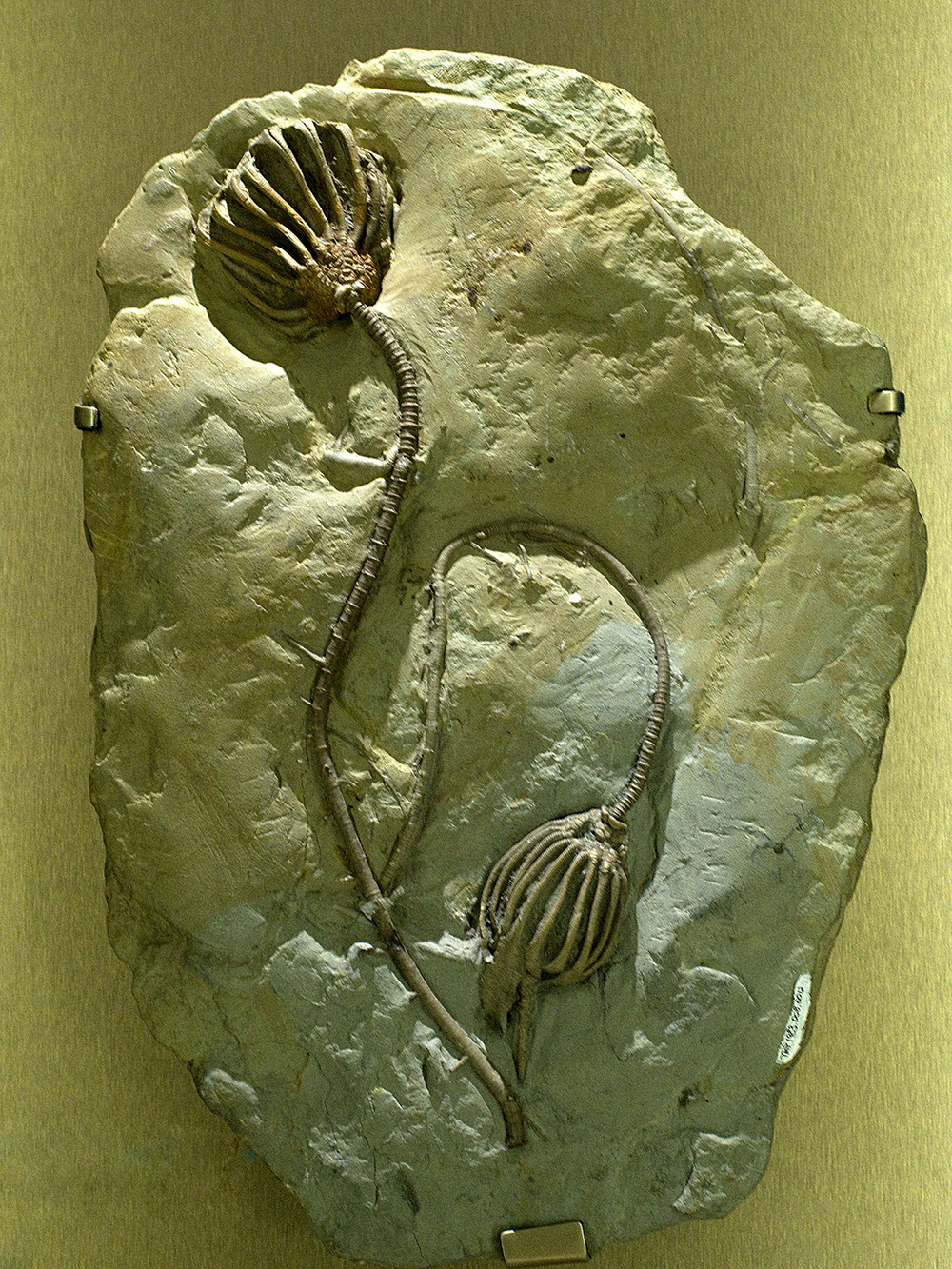 It’s no wonder these animals are also called Sea Lilies.  Indeed the name ‘crinoid’ comes from the Greek krinon, “a lily”and eidos, “form”.

Crinoid relatives are still around today, the most common and easily found are the featherstars. 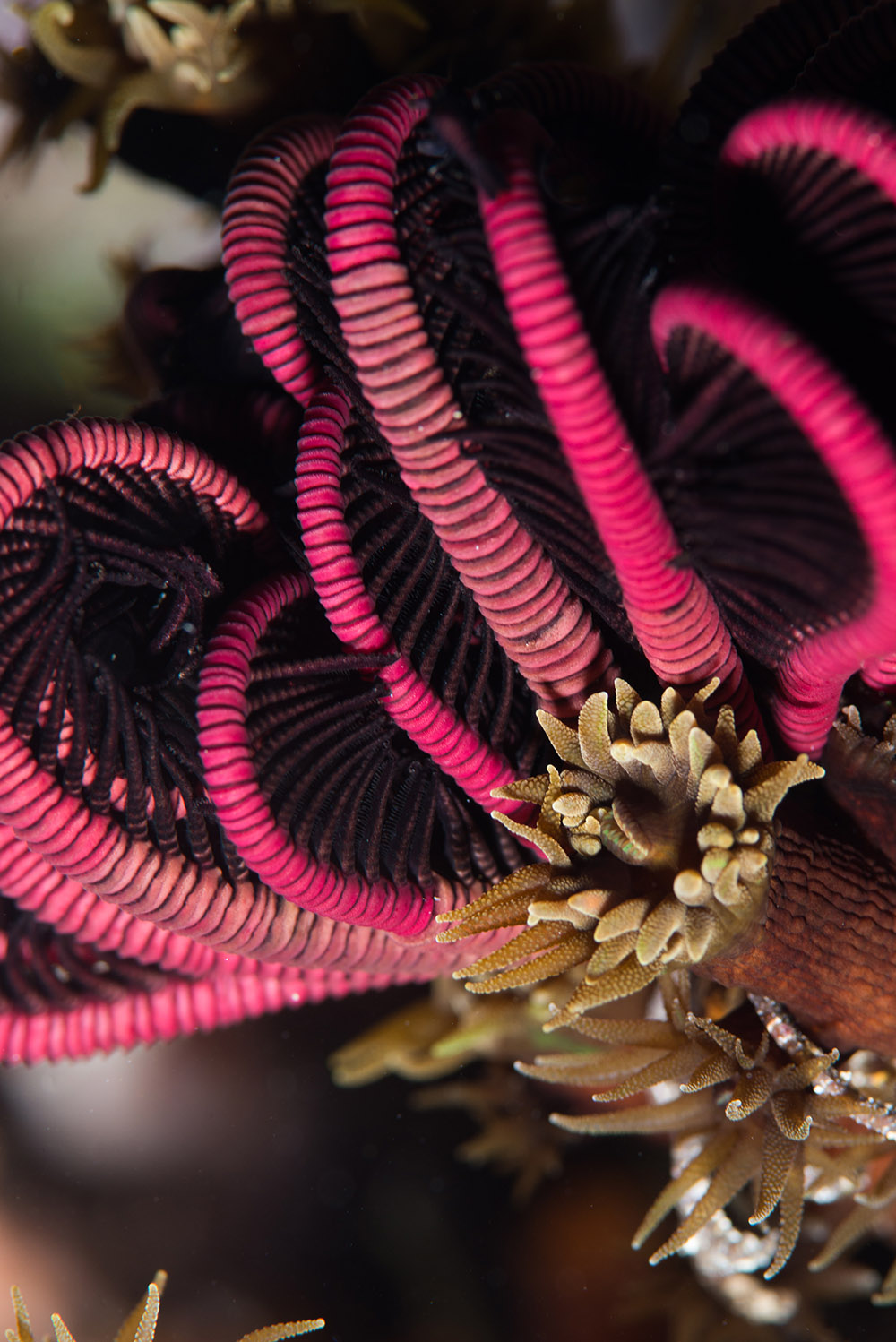 The structure of the arms of this featherstar, clambering across a Tubastraea colony, is very similar to the fossil above.

Today, examples of stalked crinoids can still be found, and according to one account, they are not the static creatures they were once thought to be.  Researchers in deep water off the Bahamas have witnessed sea lilies moving, albeit slowly, to escape predators. 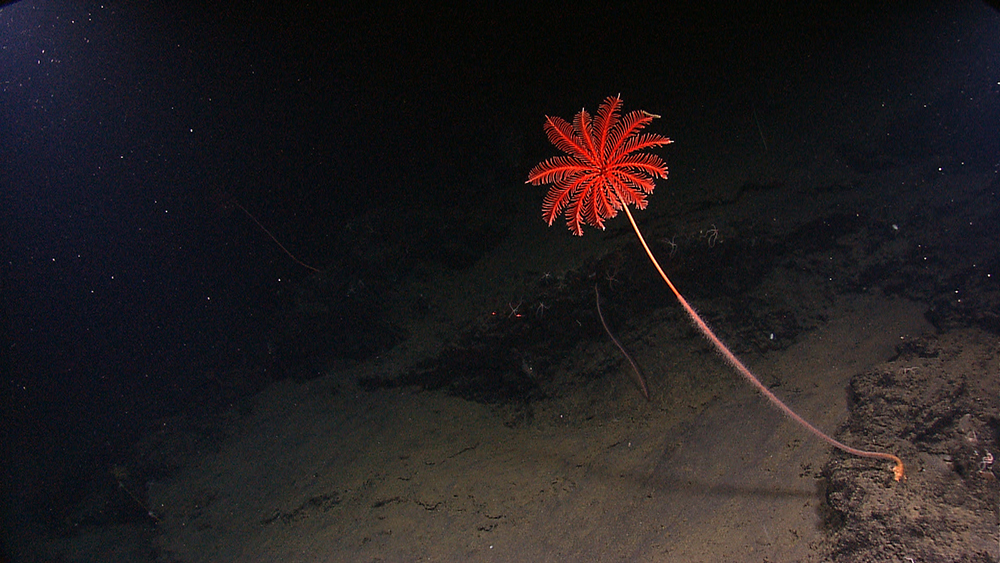