Frag Swaps – A curse or a blessing? 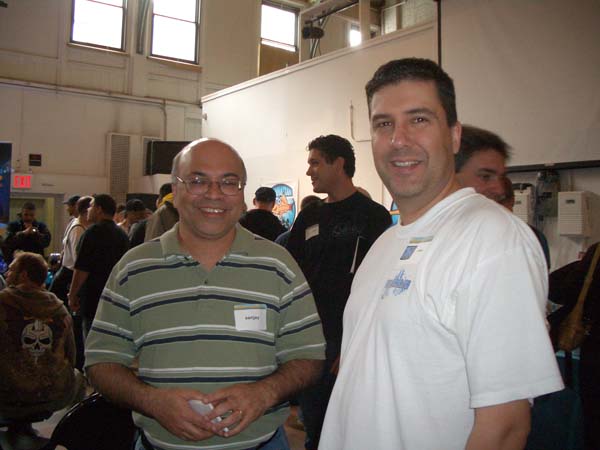 In the past few years frag swaps have grown rapidly in numbers and size. It is a phenomenon that has swept the reefing landscape by storm.  They have broken out of the basement amid the small gatherings where swapping truly took place (along with its associated social interactions over food and drinks), to their modern incarnation of what I affectionately call “coral flea markets,” where the only thing swapping hands is money.  Good or bad,  they seem to be here to stay and become even more extravagant as seen in some of the bigger events such as Reefapalooza, Max, and Manhattan Reefs Frag swap among others.  I have been to a lot of them across the country and seen the evolution firsthand. These swaps have created a new class of entrepreneurs A.K.A the travelling coral salesmen who travel long distances from swap to swap selling coral that they have typically hacked to pieces using the artistry of the band saw and gobs of superglue.  The art of selling these single polyps through the magic of photoshop, blue lights and marketing, is almost a requirement to survive in this business. They have also created the hobby business where every hobbyist has the opportunity to sell corals and potentially look to supplement their hobby expenses.  Corals are now viewed with $ signs and talked about as investments, rather than something to grow and cherish.  Has the hobby taken a turn for the worse with this mentality? Or should we pat ourselves on the back and look at all the coral reefs that we claim to save by fragging. ?

Every time I read threads about the frag swaps, there always seem to surface posts and threads that refer to the “greed” in the hobby,”  where people are appalled by the ridiculous prices for equally ridiculously sized outrageously named frags, and recall the good old days of the hobby where people met as fellow enthusiasts, traded corals, gave corals away to get others started and generally had a good time hanging out with each other.  For those of us who have been around the hobby for a long time, yes we do remember the good old days and reminisce about the time when there was the “brotherhood” of reefkeepers.  When frags were not a single polyp of a coral, and corals were traded and even given away, when conversations centered around understanding basic concepts and new ideas.  But like all things the hobby has moved on to modern reefkeeping with its mega frag swaps (read frag sales) and its  ridiculously sized/priced outrageously named frags.   Most conversations at frag swaps center around prices – who has the best deal, who sold what at that ridiculous price, who is fleecing everyone with their prices ?

Should we begrudge the fellow reefer selling his/her frags to recoup expenses or attempting to convert the hobby into a business?  How should frags be priced? Should a hobbyist be undercutting a real business that pays taxes and has overhead?  Should we be appalled at what someone is charging for the single coral polyp?  After all no one is forcing anyone to buy it, so why complain about the prices and the greed?.  Is it ethical to buy a coral from someone at a low price and turn around and sell it at a higher price? Is it all about the acquisition and collection of corals and displaying them on little discs strewn about the tank?  Should we pride ourselves on the collection of “high end” corals? Or should we pride ourselves on the ability to take small fragments of coral and grow them out into beautiful colonies and take pride in the fact that we are able to this with a reduced impact on the coral reef?  As you can see, the frag swaps create an interesting moral dilemma and have clearly shaped the hobby in ways that I never imagined when I started 20 years ago.  While I enjoy some frag swaps, I still hope the “brotherhood” of reefkeeping will survive.