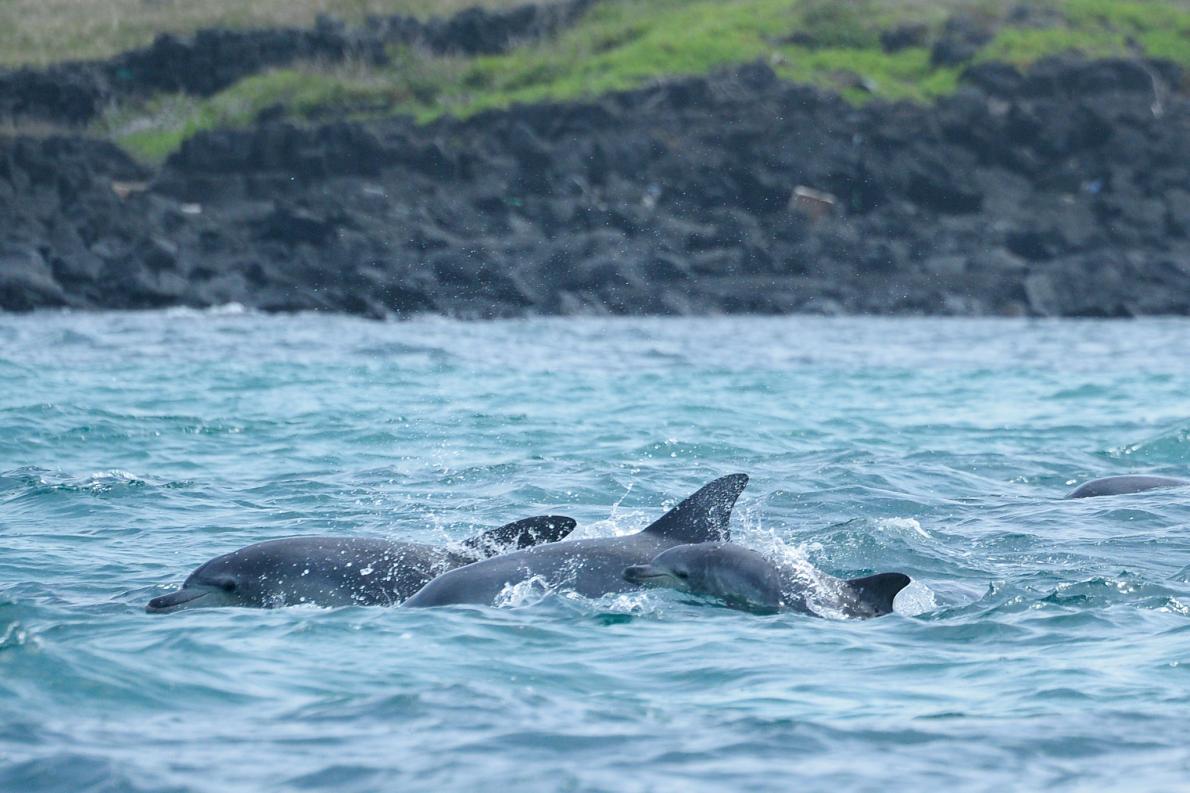 A dolphin which was released into the wild in 2013 has been spotted in a pod of 55 dolphins off the coast of South Korea. More importantly, she was spotted with a baby at her side. The Indo-Pacific dolphin was known as Sampal when she was in captivity at the Jungman Pacific Land Marine Park in Jeju. She was also featured in a National Geographic article about whether it was possible to reintroduce captive animals into the wild.  Reintroducing captive animals into the wild has been a source of much controversy. There have been lots of studies attempting to capture the success and failure rate of reintroduced animals into the wild. There are many reintroduction programs at certain aquariums and zoos, whose main focus is to the reestablish the population of animals that have suffered decline. It is a very difficult and scientific process to ensure that the released animal has the optimal chance for survival, and many factors need to be considered. The Association of Zoos and Aquariums (AZA)has adopted guidelines for the reintroduction of animals born or held in captivity. Sampal has not only shown the world that successful reintroduction of a captive animals is possible, it also gives hope for the natural birth of offspring. MORE