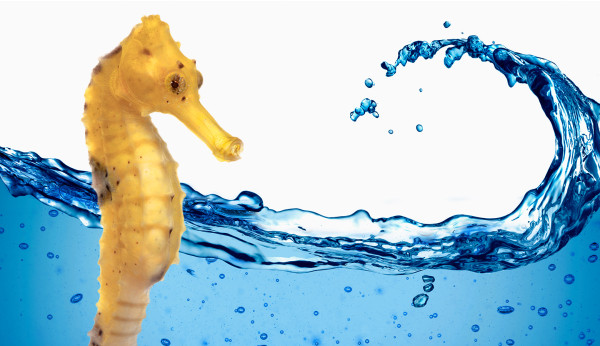 Occasionally, a seahorse hobbyist runs into a situation where a freshwater (FW) dip is indicated. A FW Dip can be used as both a therapeutic and a diagnostic tool. As a therapeutic tool, it can help rid the seahorse of ectoparasites on the body, in the oral cavity, and in the gills. As a diagnostic tool, observation during the dip will give you a good idea if there is a parasitic load or not. It can also be done prophylactically on new arrivals from suspect sources, on wild caught (WC) specimens, or when a tank mate has had known parasitic load. We have been doing FW Dips for over 11 years. We have found that every species we have encountered has handled FW Dips just fine.

The reason we like FW Dips is that they are easy to do, quick, noninvasive procedure that doesn’t require medications and often produce quick results. Also, during the procedure, one can get a very good idea if there is a parasitic load or not.

Seahorses are complex, multi cell organisms whereas many parasites, such as protozoans, are simple single cell organisms. The difference in osmolarity between the saltwater (SW) and FW is the magic key to the dip. The hypotonic environment of the FW creates an osmotic imbalance to the protozoan. This causes water to move into the protozoan to balance it which then causes them to rupture or burst. Some larger more complex parasites in the mesozoan or metazoan class may not burst as quickly as the protozoans, but the change in osmostic pressure shocks them causing them to detach and in many cases, perish. Seahorses being a much larger more complex organism can handle the osmotic change for a much longer time and are able to compensate for the changes during the time it takes for a FW Dip.

To read more about the procedures and techniques that we use, visit our website: MORE