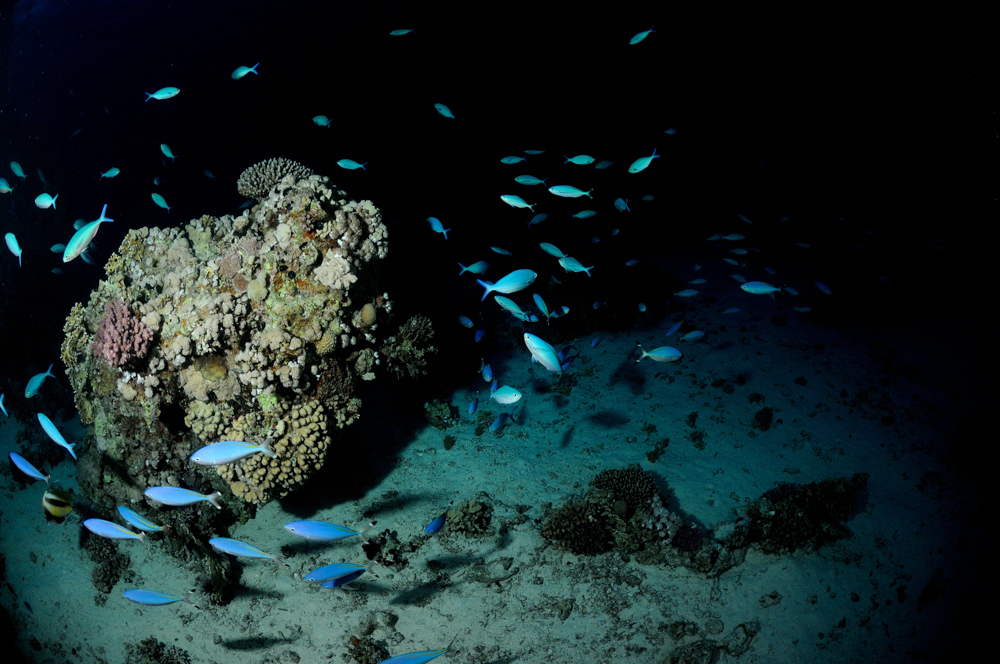 One of the most ubiquitous fish on the reefs of the Red Sea is the Fusilier.  However, when going through my image archive the other day, I realized that I hardly ever photograph these rather lovely fish, and also, I wondered… why are they called Fusiliers? 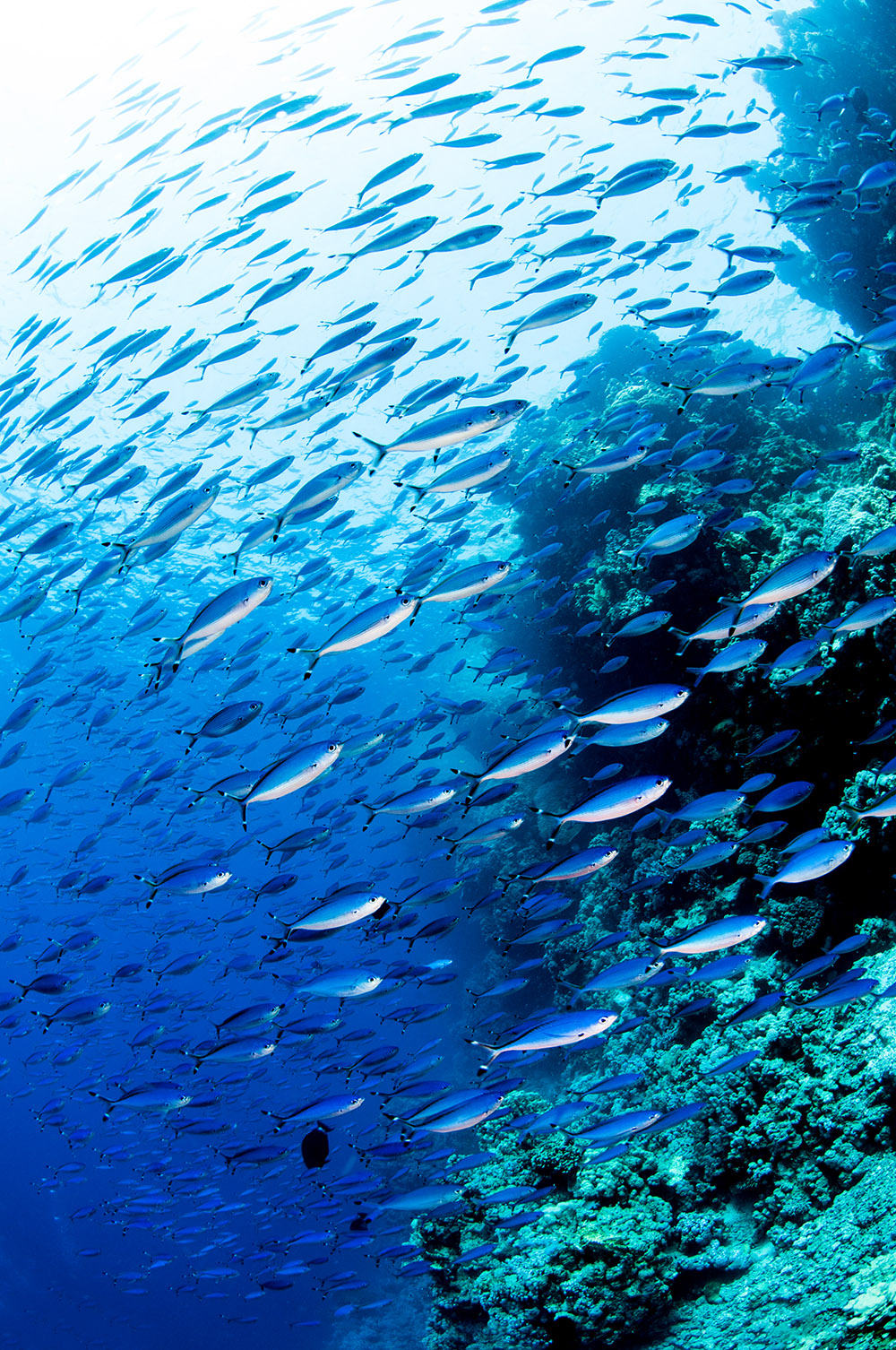 Fusiliers are streamlined, fast-swimming fish, related to their slower cousins the Snappers; these are fish designed for a life in the open ocean, where the currents are rich in plankton.  They can also form huge shoals that, as they pass you on the reef, seem to go on for ever.

There are about twenty three species within four genera in the family Caesionidae. 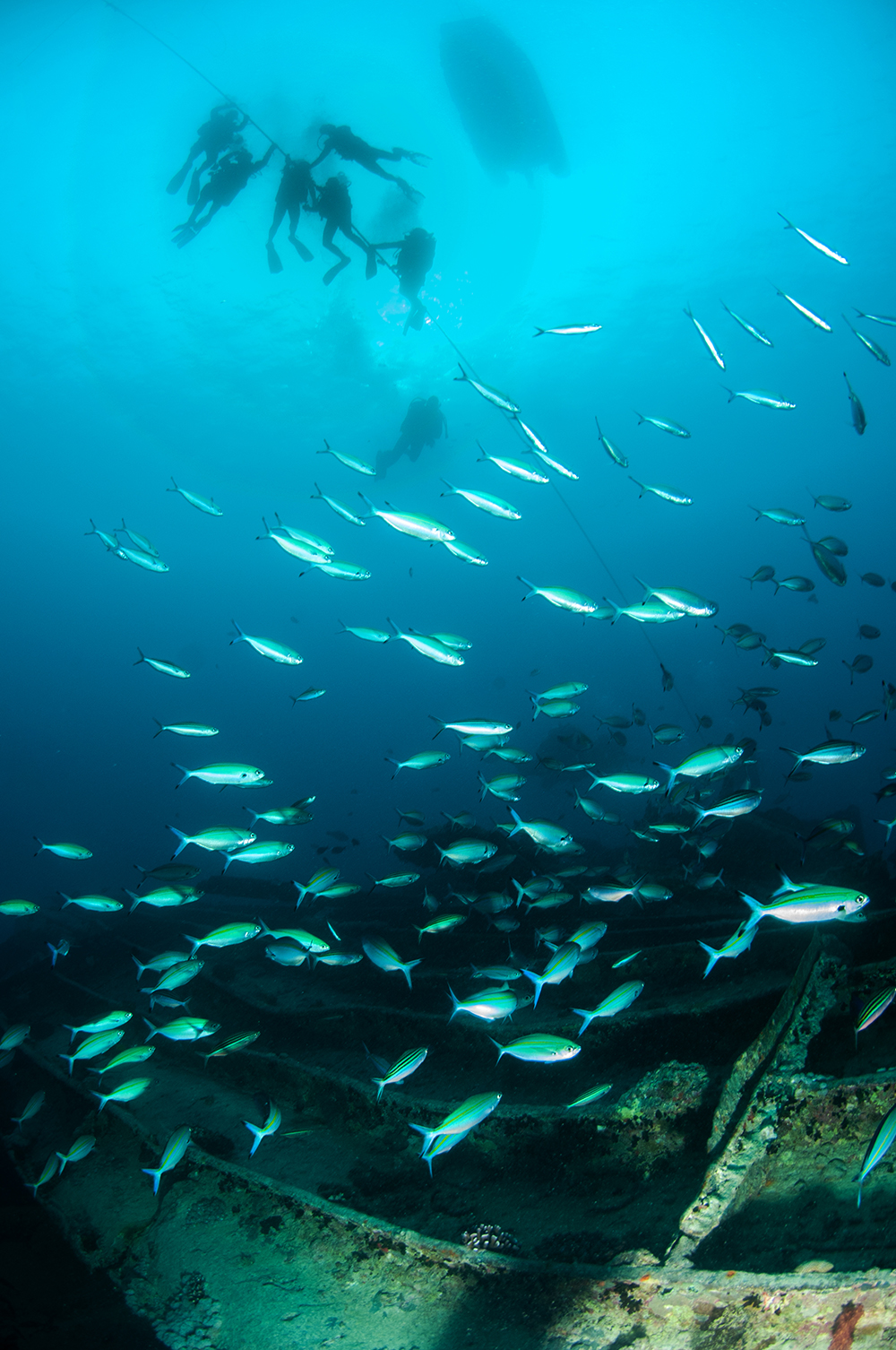 A mixed shoal of species. Caesio varilineata, the Yellow-lined Fusilier and C. striata, the Striated Fusilier, another Red Sea endemic. These fish were feeding in the currents over a shipwreck whilst divers off-gassed above them.

So, what about that name?

Fusilier derives from a French word for flint, referring to the flint used in flint lock rifles.  Different countries employed the word to describe general infantry, foot soldiers, or even soldiers that accompanied heavy artillery.   But I can’t seem to relate the term and the fish.

There is also the etymology of the Latin word fusilis, one meaning of which is to ‘flow like a liquid’, well they certainly do that; is that the derivation?  Another might be fusee, a word which describes a rhomboid or spindle shape in heraldry. Might that be the meaning?  Many of the fish are certainly spindle shaped.

I had assumed this would be easy.  Can anyone help?