Scientists have discovered what they believe to be a new genus of deep sea octopus which they have nicknamed ‘Casper’ based on its ghost like appearance. Deep sea octopus are organized into two groups: Cirrate, or finned octopus and the incirrate octopus, which lack both fins and cirri. The Octopus was found on the floor of the Pacific Ocean near the Hawaiian Islands while the US National Oceanic and Atmospheric Administration (NOAA) was collecting geological samples for an unrelated mission. This discovery was the first dive of the NOAA’s ship Okeanos Explorer’s for 2016 and the octopus was found by the remotely operated vehicle Deep Discoverer. 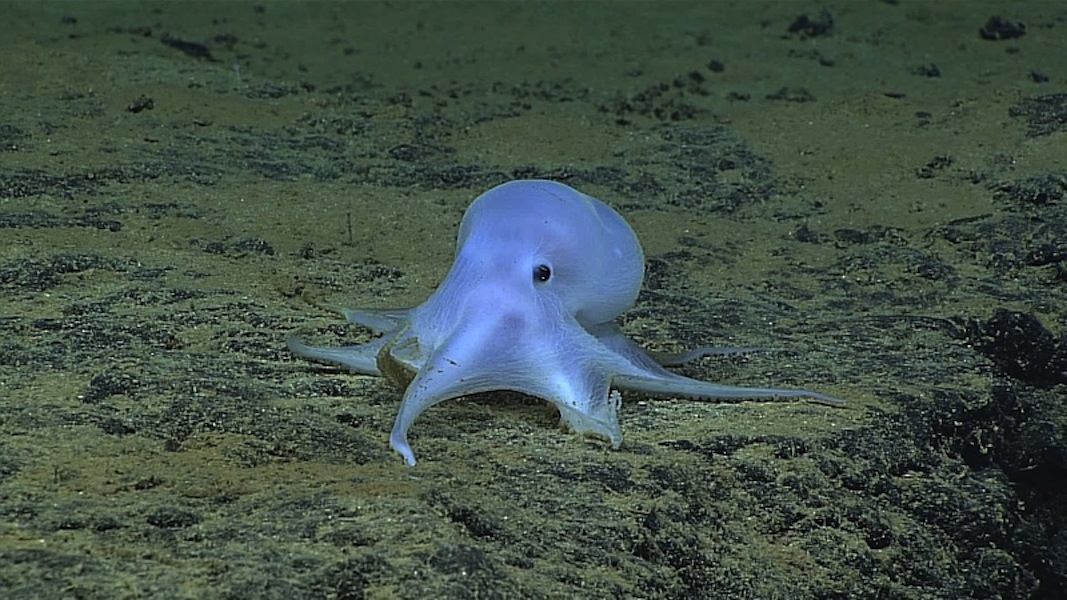 NOAA stated that “the appearance of this animal was unlike any published records and was the deepest observation ever for this type of cephalopod”. This particular specimen is especially unusual because it lacks pigment cells, called chromatophores, which are responsible for an octopus’ changing colors based on the environment. The octopus also only had suckers on one arm, as opposed to on two. Scientists also believe this is the deepest an octopus without fins has ever been found. Yet another example of the many unknown’s that await discovery in the depths of the deep sea.