The Glaive LED Fixture is Another New Fixture from Maxspect 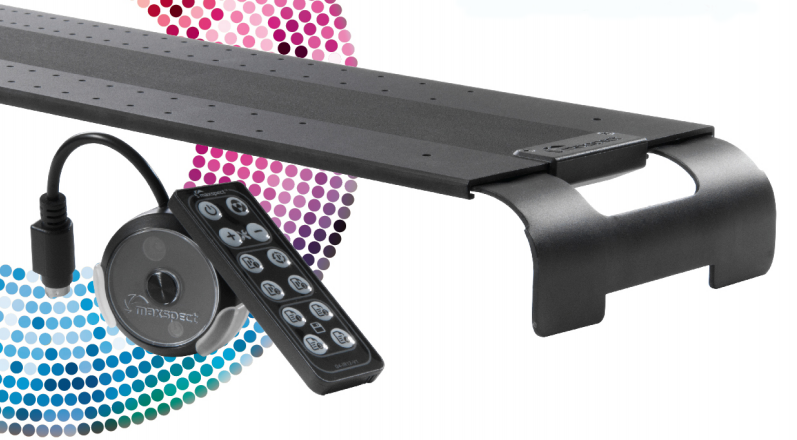 Maxspect is set to have a really busy year in 2014. Besides the new Ethereal LED fixture, which boasts some mouthwatering wireless capabilities, Maxspect has also announced their new Glaive fixture. This LED striplight will be available in two varieties, one for freshwater setups and the other for marine aquariums, with both sporting a single row of 4-core 7watt MultiChip LEDs and four individual channels of control. Speaking on control, the Glaive will utilize a handheld infrared remote to adjust the color and intensity of the fixture, as well as lighting schedules for sunrise and sunset. The Glaive will be offered four different lengths, with models being 16″, 24″, 32″, and 40″ in length. The marine fixture, called the Glaive G4-M, uses a 3000K white channel, 460nm royal blue channel, 500nm cyan channel, and 420nm super actinic. As expected, the freshwater version (G4-F) utilizes more green and red LEDs instead of being so heavy on the blues MORE: The Glaive LED Fixture is Another New Fixture from Maxspect