Global Warming May Cause Some Corals to Flourish Scientists Say 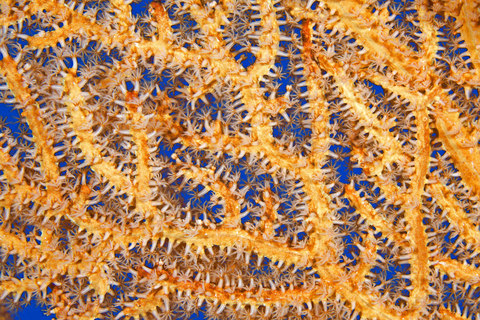 We’ve all seen our fair share of reports about how global warming is causing the decline of coral reefs across the world, but there may be a shred of good news on the horizon. It’s well-known now that many species of stony coral are not well adapted to the changing waters of a rapidly warming world, but there are other reef building animals that seem to be taking off in current conditions. The stony corals relative and fellow reef building coral, the gorgonian, appears to be proliferating in certain areas of the Caribbean while stony corals in the same locations have been in decline for years.

These interesting observations are the subject of a new study aimed at figuring out exactly why we are seeing this contrast between species of reef building corals.

To conduct this study, scientists from California State University, Northridge and University at Buffalo will examine photographs from reefs surrounding St. John in order to figure out how their numbers are being affected as well as how they are competing with stony corals.

“When you look at these gorgonian corals, it seems that they’re increasing in abundance, and that’s an anecdotal observation that many people have made,” said UB geology professor Howard Lasker, one of three investigators heading the project. “Does this mean that as stony corals continue to decline, we’re going to see reefs transforming into these gorgonian coral-dominated communities? That’s what we’re trying to find out.”

“With climate change and ocean acidification, there certainly is a realistic possibility that coral reefs as we know them could pretty much disappear,” said Cal State Northridge biology professor Peter Edmunds, another principal investigator. “The question is, what will coral reefs look like in the future?”

The study started, officially, on September 1st, and with any luck, we may soon be getting a glimpse into the future of coral reefs or at least some of the animals that live there.