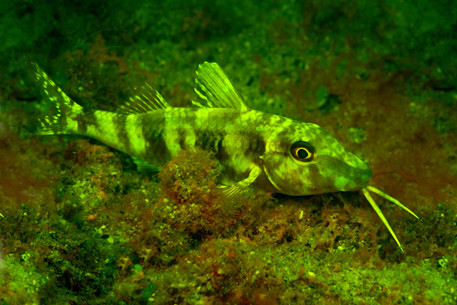 Good morning friends, I have a goatfish for you today that really glows under blue-light and stands out on the reef at night like a sore thumb! When we went to Tugboat,we found these guys and Lizardfish all over the sand, some were buried while others were swimming around apparently looking for food. I still have no idea why some fish are so fluorescent while others have no apparent reaction to the blue-lights at all but as you can see these goatfish are spectacular!