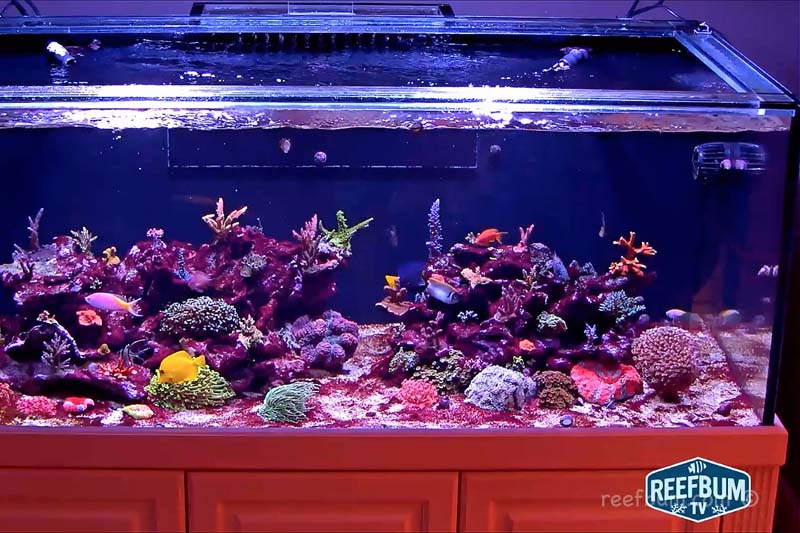 Well, I gave it the old college try. For two months I ran my 187 gallon reef tank without a skimmer. Why did I do this? The primary reason was a nine month battle I was having with cyanobacteria. Cyano prefers higher C02 and my skimmer sits in a sump in the same room as my furnace, a potential source of C02. In theory, shutting down the skimmer should have lowered C02 in the tank since the skimmer’s air intake is supposed to equalize C02 levels between the air and tank water. After receding a bit at first, the cyano eventually became even worse, covering most of the sand and a good percentage of the live rock. My nitrates didn’t go up but my phosphates had climbed. Going MORE