Goldfish gets its world turned upside down … and right-side up 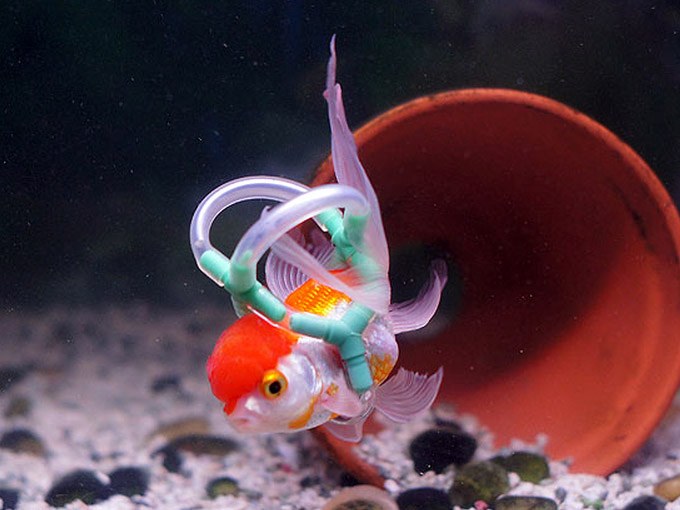 
In this fish’s case, swim bladder disease (sometimes referred to as “flipover”), caused a goldfish to no longer swim upright but instead swim upside down. His owner’s heart went out to his little companion, affectionately named Einstein, and he set out to help him. What he came up with was an ingenious idea: Invent a buoyancy vest for it.

He spent a number of hours formulating a plan to use air-filled silicone tubing as a buoyancy vest to keep the goldfish upright.  His hard work came up with a working solution.

“I wanted to build something that would allow Einstein to move his fins a little bit and be comfortable at the same time. … He wriggled a bit a first and he wasn’t too keen on the idea. He kept catching on to plants and getting stuck but since I’ve rearranged the tank to make it disability friendly he’s been absolutely fine.”

The little guy can now swim upright and his owner has even taught it to swim through a hoop!