Recently I had the pleasure/heartbreak of fragging one of my long term Goniopora mother colonies. I had been growing this line of coral for over 5 years, and this particular colony for 3 years; from a nickel sized frag it had become a 7 inch colony. 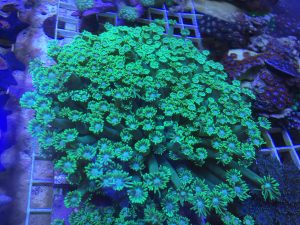 Time to cut up this captive grown beauty

Compared to other coral such as Acanthastrea and Favia, Goniopora are a dream to run through a saw. They cut like warm butter.Though large colonies of some species, like Goniopora stokesi, develop daughter colonies that will bud off and create a little clones, others need to be fragged in captivity to produce new corals. In my experience thus far, Goniopora norfolkensis (the strain I was working with) is one of the latter. 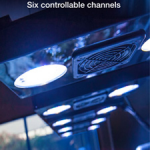 Pictured here is a cut cross-section of my captive grown G. norfolkensis. The coral’s history in captive care is there, like tree rings, documenting the various types of plugs, super glue, and even egg-crates it has been exposed to or grown on. A chronicle of husbandry success.

Like other corals, Goniopora’s frags and remaining mother colony heal much faster when fed frequently. I target feed liberal amounts of “Goniopower” from Two Little Fishies in the first week to encourage polyp re-extension. The polyps often remain closed for the first days after fragging, and direct feeding, even with the polyps retracted, gives them extra energy to heal and regrow tissue and polyps along the newly exposed edges. This feeding approach also works with weak old colonies that are receding and whose polyps have stopped expanding. Good luck with your Gonis and happy reefing! 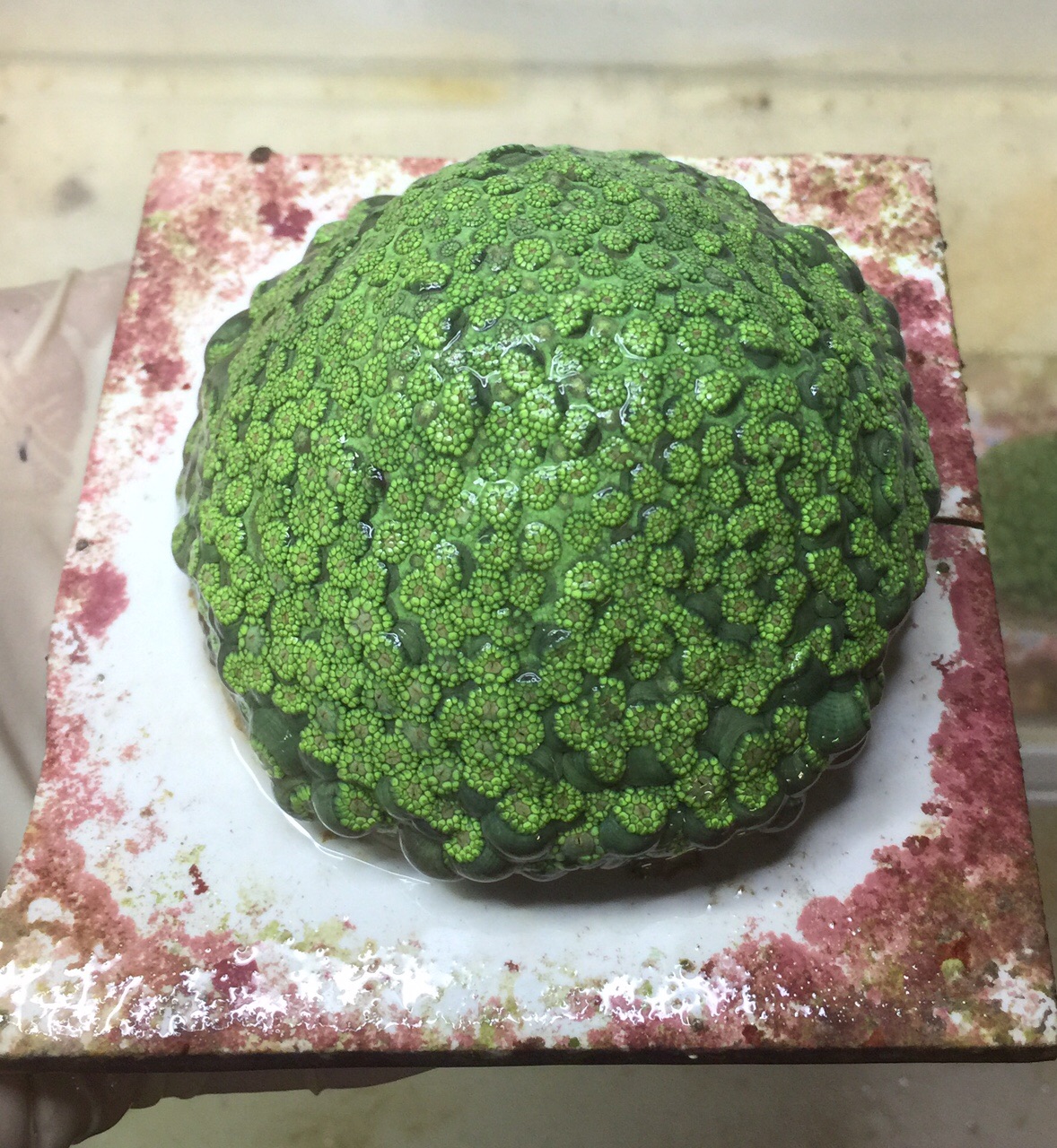