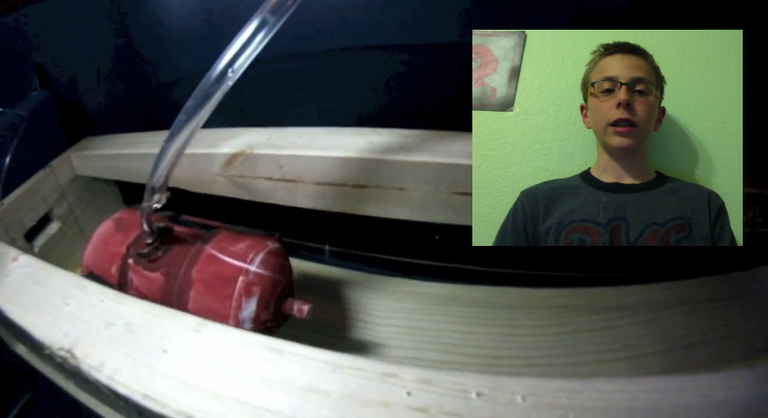 
Alex Spiride, age 13 is one of 15 Google Science Fair finalists. He entered his squid-inspired propulsion system in the 13-14 year old category for this year’s science fair under the title “Squid-Jet: Bio-Inspired Propulsion System for Underwater Vehicles.”

Spiride states that “Squid and some other sea creatures use a very efficient mode of locomotion, know as jet propulsion. Squid will draw water into a bladder through a hole called the mantle, and then they force it out, by contracting the bladder, to shoot forwards in speeds of up to 40 km/hour.

Implementing this technique in underwater vehicles can vastly improve the efficiency with which they locomote. My proposal is Squid-Jet, a bio-inspired underwater vehicle that uses jet propulsion to its advantage. Squid-Jet easily outperforms current man-made propulsion systems and can reach speeds in excess of 30 cm/second.”