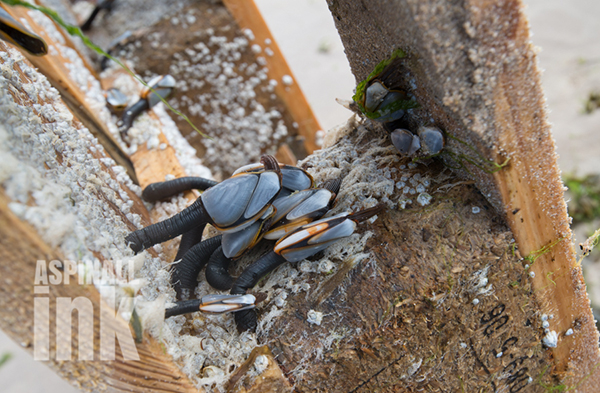 I was out exploring a nearby bit of coastline a few days ago when I came across a wooden pallet on the strand line.  ‘Could I be bothered carrying it back to the car for fire wood?’ was the first though I had. But then I realized that this piece of jetsam had been floating around in the ocean for quite a while and had some very interesting hitchhikers in the form of Goose barnacles. 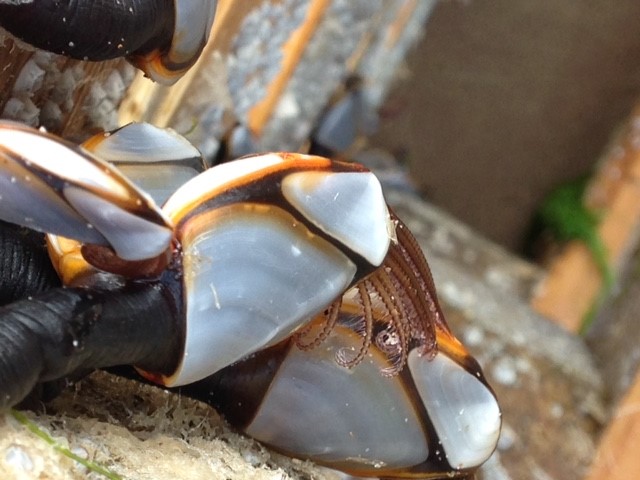 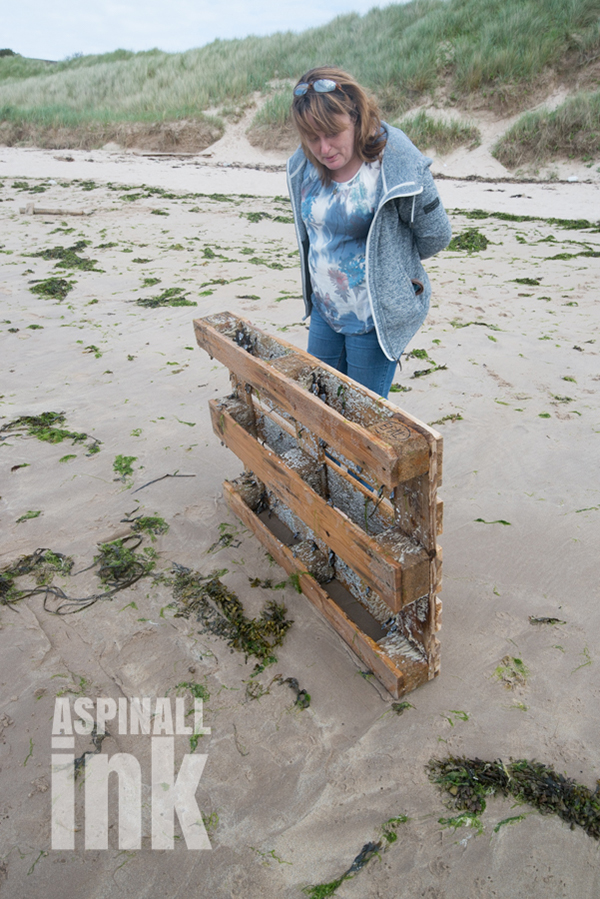 Goose barnacles (order Pedunculata, peduncle means ‘stalk’), unlike their rocky shore dwelling cousins, are not a common sight, especially in my region of the world.  They tend to be pelagic species that attach to floating debris, especially drift wood, and much to the annoyance of ship owners, the underside of boats.  But despite their appearance, they are actually crustaceans, though you’d be forgiven for mistaking them for mollusks.

They are eaten as a delicacy in Spain and Portugal, and as you can see from the images, these animals attach themselves to surfaces with a stalk or “peduncle”. They have calcified plates and feeding mechanisms that catch particulates from the water.  All very well and interesting, but not that fascinating, right? 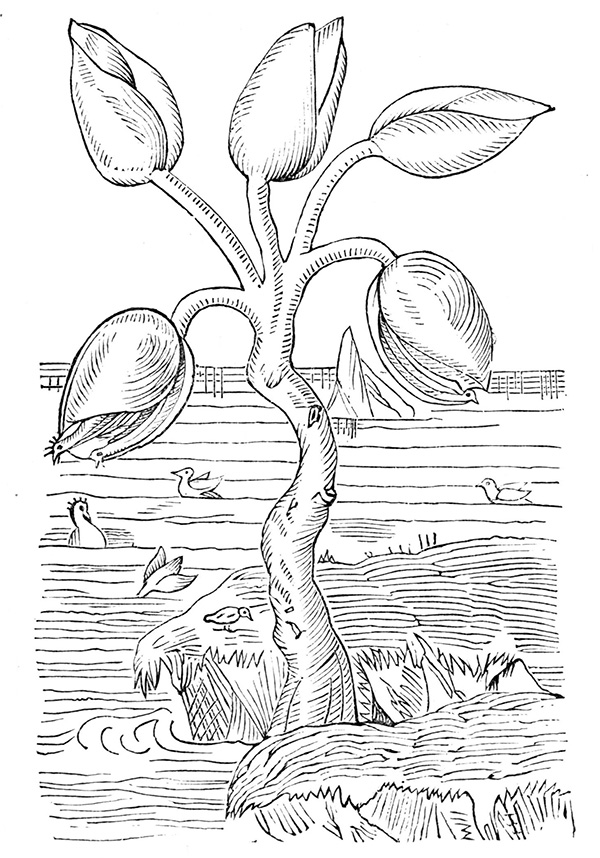 But listen to this! Back in the days when we believed in the spontaneous generation of life (rotten meat turned into flies and straw turned into mice and so forth), these obscure little critters were said to turn into geese!  Somewhere over the horizon was the ‘The goose tree’ that somehow contributed to the conversion.

The theory of spontaneous generation goes back to Aristotle’s time and in many ways was based on observation, not unlike modern science.  Unlike modern scientific methodology though, it was rarely, if ever tested and when backed by the Christian Church, was considered unshakable fact. 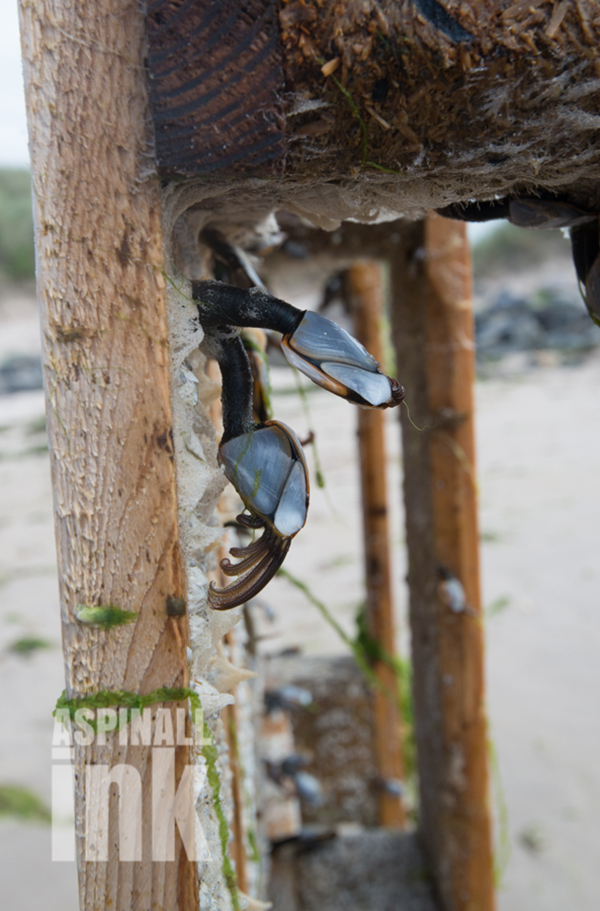 This particular myth started with the reasoning that the Barnacle Goose was never seen to breed, it migrated, as do many other birds. The idea was recorded in the twelfth century by a Welsh monk, Giraldus Cambriensis in his Topographica Hiberniae

“these birds [are] not flesh nor being born of the flesh”, for “they are born at first like pieces of gum on logs of timber washed by the waves. Then enclosed in shells of a free form they hang by their beaks as if from the moss clinging to the wood and so at length in process of time obtaining a sure covering of feathers, they either dive off into the waters or fly away into free air. . . I have myself seen many times with my own eyes more than a thousand minute corpuscles of this kind of bird hanging to one log on the shore of the sea, enclosed in shells and already formed”. 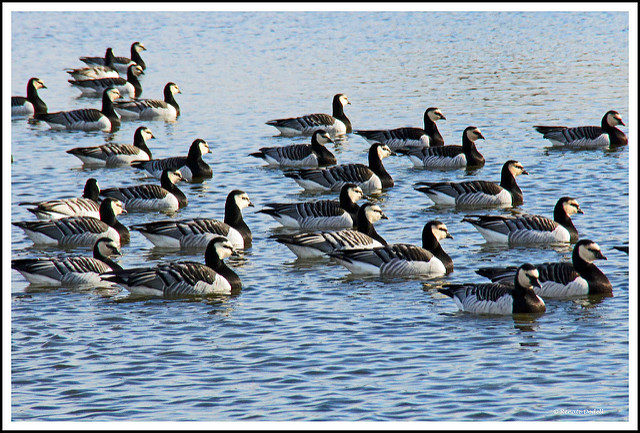 This explanation also meant that Barnacle Geese could be eaten on the days when other birds were off limits, they weren’t flesh after all!  Not a bad incentive to keep the idea alive and promoted.

There is of course a similarity between the goose and the barnacle, coloration, and a long ‘neck like’ structure, but we must remember that in the days when religion was not challenged, theologians looked to the natural world to offer lessons that would confirm tenets of faith.