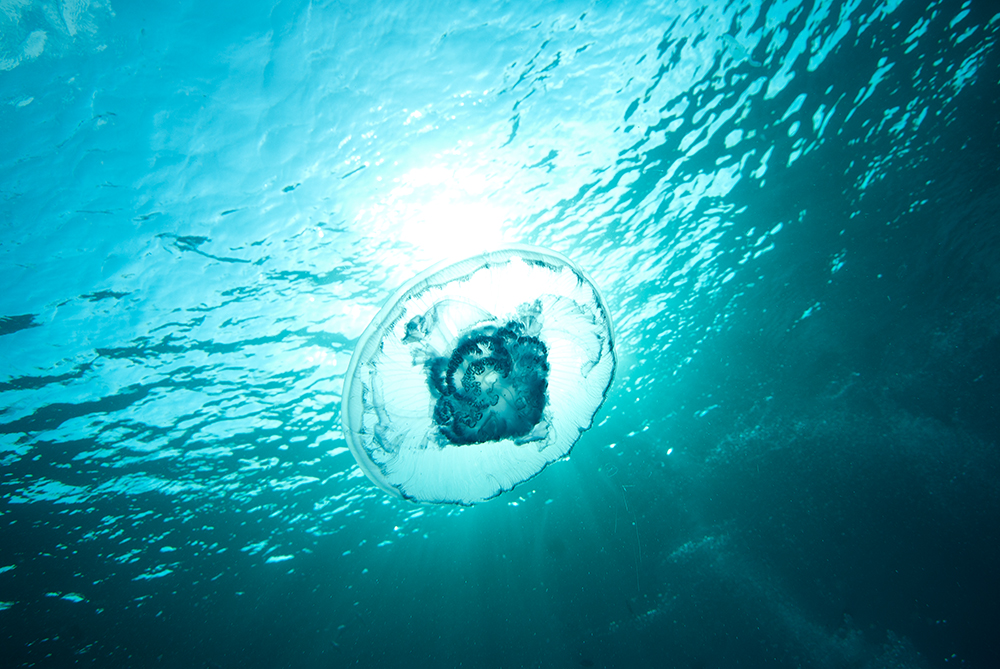 For most folks,  jellyfish come in two flavors: the dead blob of goo on the beach, or the darn thing that just stung you and has you wondering whether its vinegar you use…or god forbid… you have to start peeing! But other folks, such as us underwater photographers, have always recognized just how gorgeous these creatures are. Here are two (and kind of three) of my favorite jelly shots. 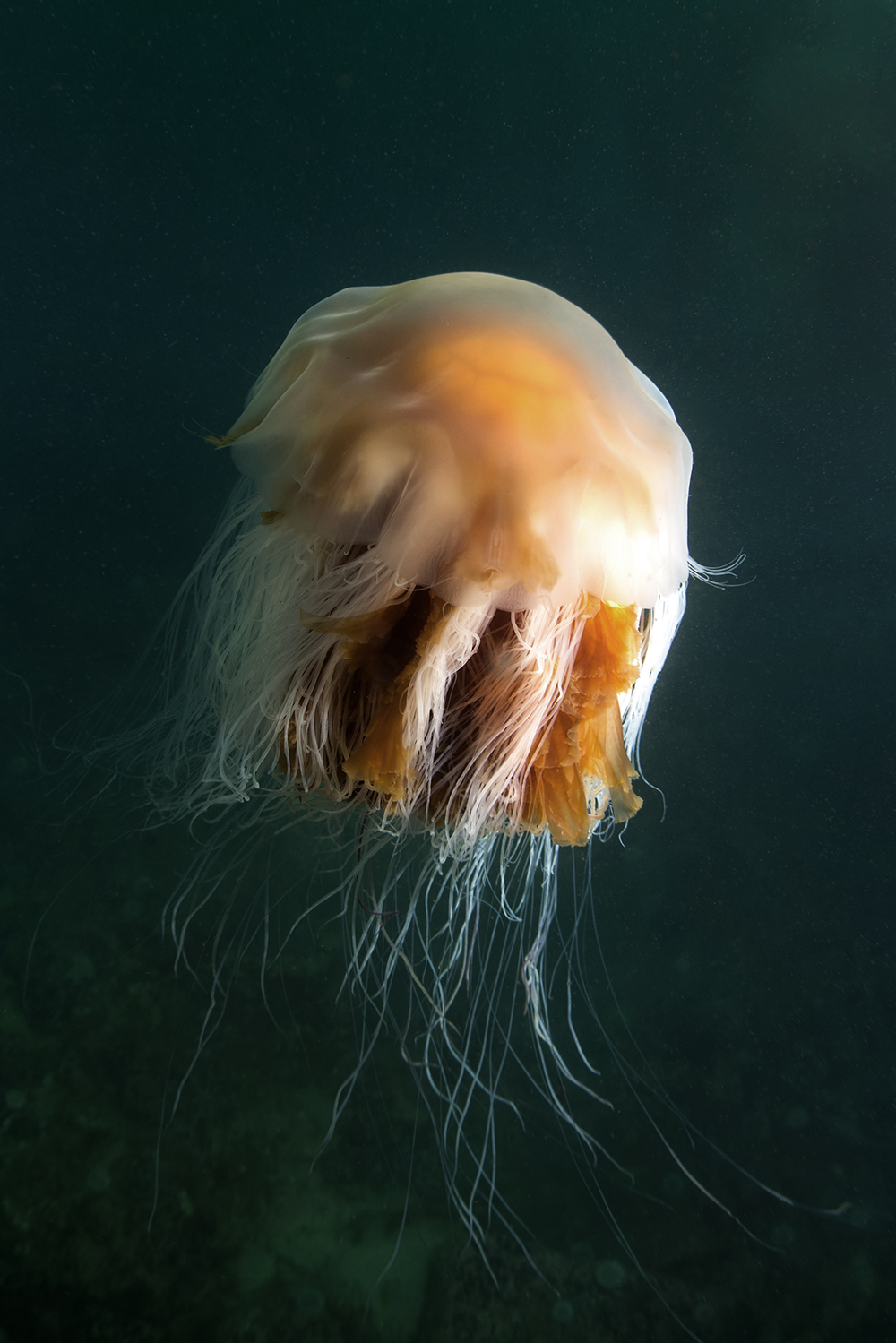 The image above features a Lion’s mane Jellyfish (Cyanea capillata), the largest species known to man. I met this specimen in the cold waters off the North-Eastern coast of the UK. I managed to keep away from its long tentacles, which can grow up to several meters long. In fact, the animal can be so long that you can become stung and entangled without ever seeing the animal’s bell. Still, it’s very nicely colored.

The first jelly pictured in this post (and used as the featured image), is a species I found in the Red Sea. I think it is Pelagica noctiluca, which is quite a ‘stingy’ sort. My ID book warns that it may cause fever, and states that it is luminescent, not something I’ve ever noticed myself. When photographing jellies, one of the best things you can do is get underneath them and allow the sunlight to stream through the animal, thus illuminating its detailed and delicate structure. Don’t get too close to this one though, its tentacles can be over a meter long. 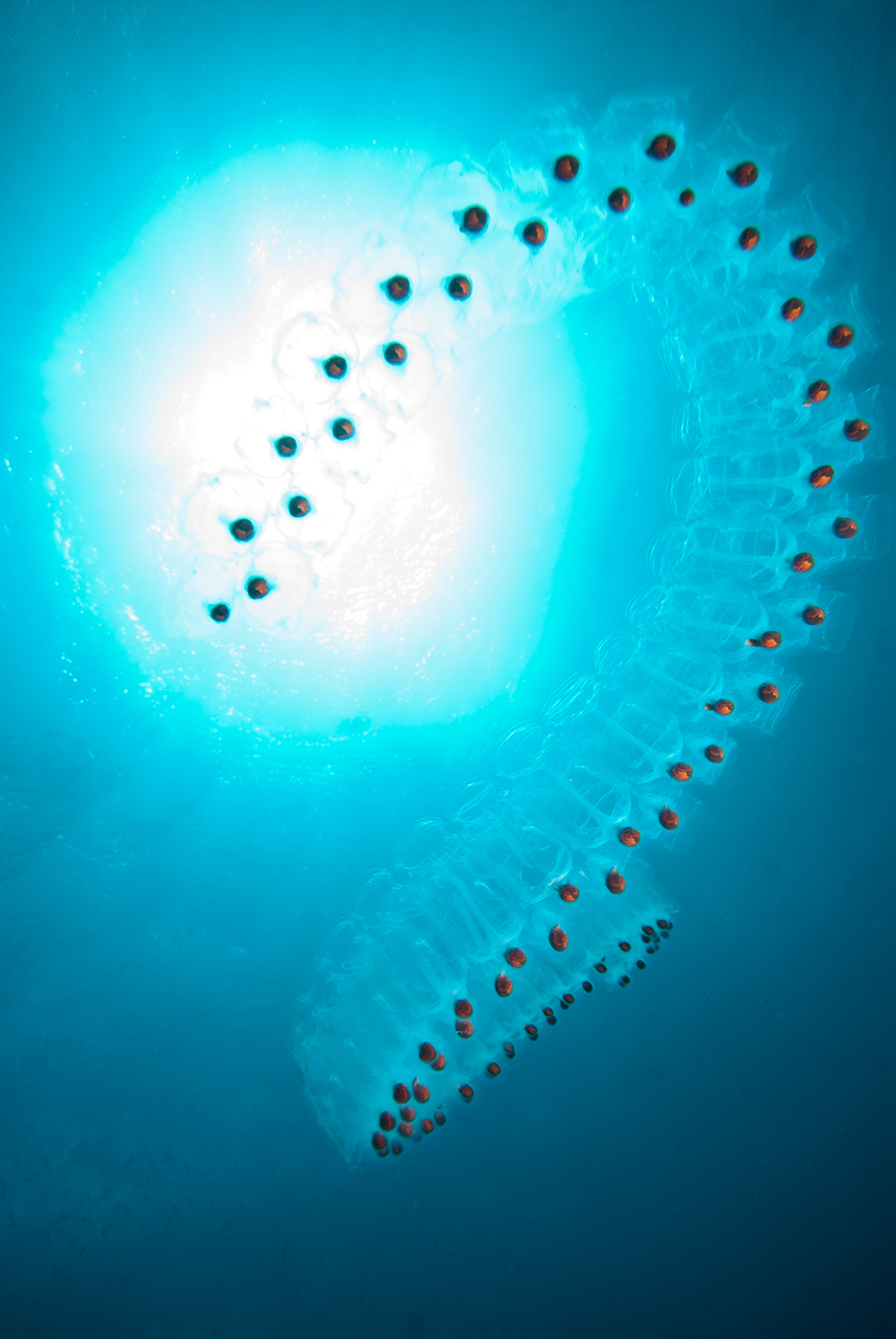 My final photo is not a jellyfish at all, but it is in the ‘it’s a jelly like thing that drifts in the current’ category. This “creature” is actually a salp, a colonial tunicate.

The animals reproduce asexually, thus creating the long chain, with individuals changing sex as they grow and mature.