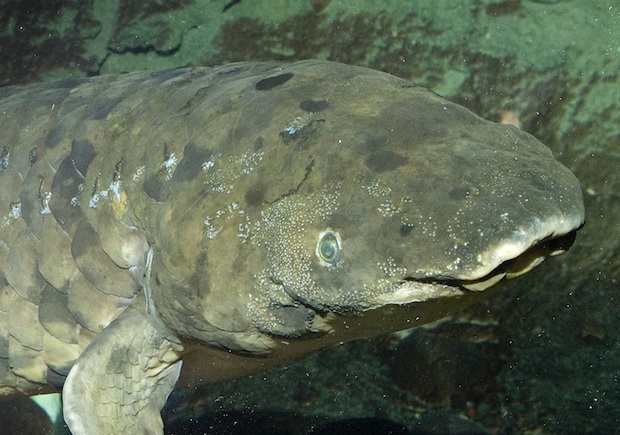 A lot of people are unaware of how long fish can actually live for and age of fish is clearly something that is not easily determined. Species like marine angelfish can easily live twenty years or more. While Koi have been reported to live up to 100 years. The Shedd Aquarium is now believed to be home to the oldest public aquarium fish in the world, an Australian lungfish, who made his debut at the aquarium over 83 years ago, in 1933! Granddad, as he is now known, has been living at the Shedd Aquarium this whole time- that is a pretty old aquarium resident!However, Granddad wasn’t always known as Granddad, and was originally called Methuselah, named after the man who is reported to have lived the longest, 969 years, in the Hebrew bible. He become known as Granddad once the aquarium aquired some younger lungfish residents. Australian lungfish as a species are very old, and there is evidence that they lived 380 million years ago. Hence why they are known as living fossils. This four feet long, twenty pound lungfish has seen quite his share of aquarium visitors. The Shedd Aquarium estimates over 100 million visitors have laid eyes on Granddad. Granddad came to the Aquarium from the Sydney Taronga Zoo in 1933, in preparation for the 1933 Chicago’s Second World Fair. You can see Granddad for yourself at the Shedd Aquarium.  MORE