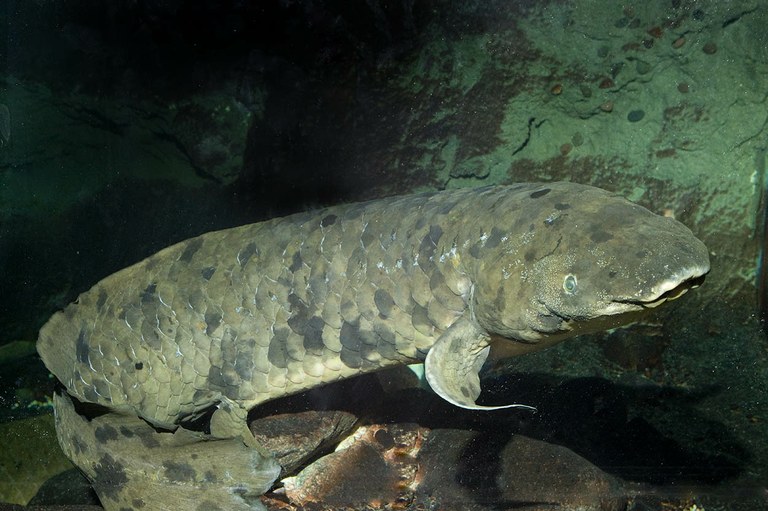 
Granddad arrived in Chicago in 1933 as a mature adult so his real age is unknown (estimated at around 85 years old). This week, he celebrated his monumental 80th anniversary at Shedd Aquarium, Chicago.  As part of his celebration, granddad was treated to a special birthday cake “with smelt, shrimp, herbivore gel squares, yellow squash, green peas, grated carrot and sweet potato frozen inside. Two tiers are covered with seaweed frosting and garnished with shredded escarole greens, carrots and raspberries.”

Granddad is nearly four feet long, weighs over 20 pounds, and shares his large “down under” exhibit with four companion lungfish as part of a breeding program.  Australian lungfish (a long-lived but slow-breeding species) are unfortunately now a threatened species.

Happy birthday, old friend!  May we be blessed to look half as good as you when we hit 80.